Phoenix has prize-money frozen by Racing NSW and Racing Victoria 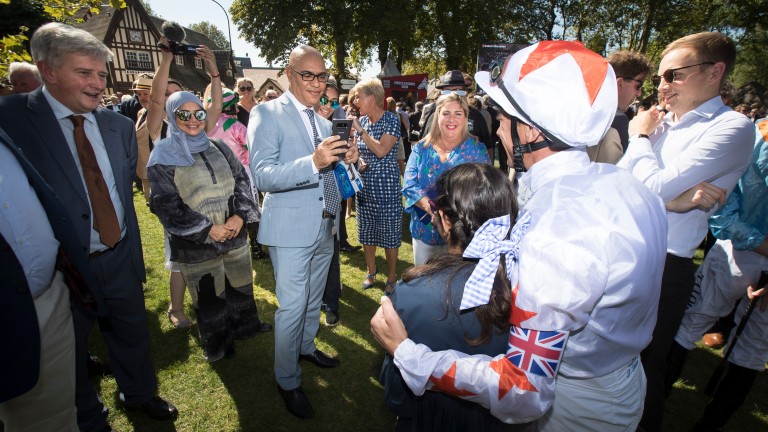 Embattled racing and bloodstock operation Phoenix Thoroughbreds had action taken against them for the first time in Australia on Friday, as Racing New South Wales and Racing Victoria moved to freeze all prize-money won by the Amer Abdulaziz-owned group after an investigation into allegations of money laundering, which first surfaced in November 2019.

Speaking to ANZ Bloodstock News, Marc Van Gestel, chief steward for Racing NSW, refused to reveal any details of what was found in the investigation, but confirmed that prize-money had been frozen.

“What we can say is that we were investigating, the allegations that have been raised have been denied, and we have frozen prize-money as to such a time that the matter has been resolved in the US, or until such time that it’s been resolved to our satisfaction,” he said.

The allegations of money laundering first emerged as Abdulaziz was named in a US court as a participant in money laundering for fake cryptocurrency scam OneCoin, before allegedly stealing $100 million from the fraudsters.

Abdulaziz continues to deny the allegations.

Phoenix Thoroughbreds made a rapid rise to prominence in global racing circles since beginning in 2017, and have been associated with a series of high-class horses in Australia, including dual Group 1-winning filly Loving Gaby and last year’s champion two-year-old, Farnan, a horse they also bred.

At this year’s yearling sales, the group, in partnership with Aquis Farm principal Tony Fung, led the leading buyers by aggregate charts, purchasing 19 yearlings at a cost of A$11,645,000, including three million-dollar lots, headlined by a Not A Single Doubt for A$1.8m from the Magic Millions Gold Coast Yearling Sale.

The move from the industry bodies comes some eight months after action in Europe had been taken against the operation. France banned horses owned by Phoenix from participating in races in the country in August last year, with Britain following suit in September.

At that time, racing authorities in Australia, including Racing NSW, Racing Victoria and Racing Queensland, announced that investigations were underway, rather than imposing sanctions, with this the first action taken since.

Van Gestel confirmed Phoenix runners would not be barred from racing in the state, and defended the body when questioned why action was not taken sooner.

“There are different circumstances in France and the UK with how they deal with their financial situations within racing. There are certain ways they need to do that, which is not the case here in New South Wales.

“Everyone is entitled to procedural fairness,” he continued. “We conducted an investigation on the matter, it doesn’t happen in five minutes, it’s something we’ve got to be diligent about, and once we had completed that, when we were in a position with the evidence that we had before us, we’ve made the decision to freeze prize-money.

“It wasn’t as though it was years before [the first allegations were made]. We conducted the investigation as quickly, but as thoroughly as possible.”

A spokesperson for Racing Victoria, quoted by the Australian Financial Review, added: “While these legal proceedings remain ongoing, RV has decided to place a freeze on Phoenix Thoroughbreds’ portion of prize-money earned by horses they own or part-own.

“Should any information come to light via these legal proceedings or other means that warrant further action being taken within our jurisdiction then we will consider it at the time.”

A representative for Phoenix Thoroughbreds declined to comment on the situation when contacted by ANZ Bloodstock News.

FIRST PUBLISHED 11:00AM, APR 16 2021
We have frozen prize-money as to such a time that the matter has been resolved in the US, or until such time that it’s been resolved