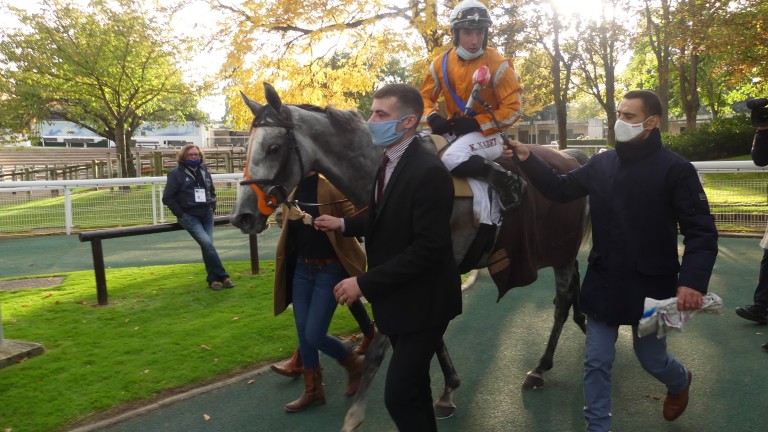 Paul's Saga and Kevin Nabet got the better of a fierce battle up the Auteuil straight with the previously untouchable L'Autonomie to land the Grade 1 Grande Course de Haies, giving former champion jockey David Cottin his first Grade 1 success as a trainer.

Ramses De Teillee proved best of a four-strong British-trained challenge, running on to be fifth under Tom Scudamore.

L'Autonomie arrived here under the weight of expectation that her first try in excess of three miles would end in the same domination of her rivals as on her eight previous starts.

But Angelo Zuliani rarely seemed entirely comfortable as the favourite tanked along in front, frequently jumping out to her right. Paul's Saga never giving her any breathing space and reeled in her adversary over the final 100 yards.

Cottin was absent for the biggest success of his blossoming career, while for Nabet the moment will have been all the sweeter as he returned to the saddle only at the start of the month, after gaining a civil court injunction to halt a six-month ban for striking another jockey.

"I had planned to sit mid-pack but I could hear the English jockeys at the start all saying they weren't going to go on," said Nabet. "I really rode my mare for herself and thought we were running for a place rather than to beat L'Autonomie."

For Francois Nicolle there was the disappointment of L'Autonomie's defeat, having suffered a similar fate in the 2019 edition when De Bon Coeur was beaten by Benie Des Dieux.

"We were just beaten by a better horse, that's all," said Nicolle. "She has always favoured her right but it became worse as the race went on and was very difficult for Angelo to manage. 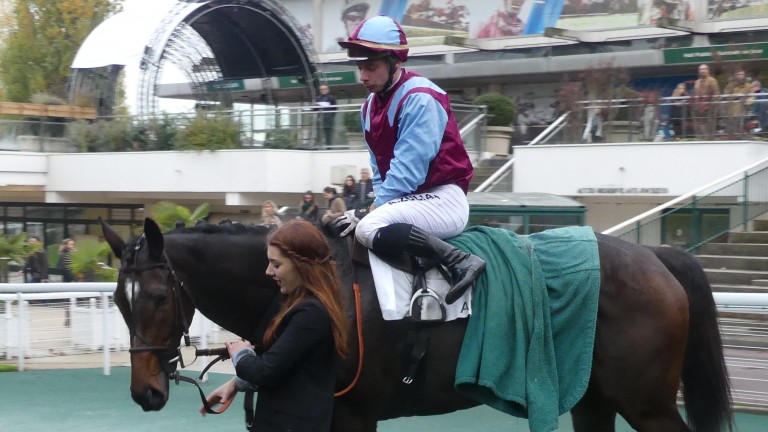 "Kevin rode a great race and was constantly chasing us up. He rode to suit his horse, not mine. I'm disappointed because she was in great form and it's maybe just the Paul's Saga is a bit tougher than her."

Scudamore was delighted with the effort of Ramses De Teillee, who was sent novice hurdling last year in order to protect his chasing mark by David Pipe.

"I was flat out all the way and he's a Grand National horse running against these," said Scudamore. "I was very impressed with how the front two went on, they're exceptional horses. But I'm really pleased with our fellow and we've an exciting season ahead with him."

France's biggest jumping prize, the Grand Steeple-Chase de Paris (3.25) is run at Auteuil on Sunday in place of its usual slot in mid-May.

FIRST PUBLISHED 6:41PM, OCT 17 2020
I really rode my mare for herself and thought we were running for a place rather than to beat L'Autonomie