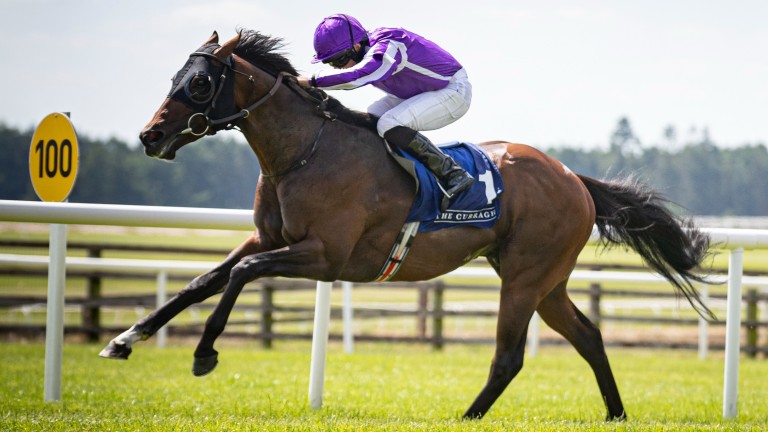 Order Of Australia suffered a shock defeat on Saturday with a disappointing performance in Grade 1 company at Keeneland, one month before he is due to defend his Breeders' Cup Mile title.

The Aidan O'Brien-trained four-year-old finished last of 12 in the Keeneland Turf Mile after being sent off hot favourite under John Velazquez.

Drawn in stall ten of 12 the colt raced in midfield and failed to make an impression in the closing stages as In Love swept home to claim his first Grade 1.

Velazquez said: "We got a great post position. Going to the first turn we had a great spot, but he didn't show up."

Order Of Australia was making his first US start since springing a 40-1 surprise over the same course and distance at the Breeders' Cup last November. His sole success this season came in the Group 2 Minstrel Stakes in July.

It marked the conclusion of a rather frustrating day in the US for O'Brien, with Japan finishing sixth of seven behind Rockemperor in the Joe Hirsch Turf Classic at Belmont Park, though Irish 1,000 Guineas winner Empress Josephine fared better in third in the First Lady Stakes, also at Keeneland, one place ahead of the Charlie Appleby-trained Althiqa. That race was a Chad Brown and Peter Brant benefit with Blowout beating stablemate Regal Glory.

Rattle N Roll was an impressive winner of the other Grade 1 at Keeneland, the Breeders' Futurity, while Firenze Fire, who had savaged his stretch rival Yaupon in the Forego Stakes on his last start, behaved himself in the Vosburgh Stakes at Belmont but could not justify favouritism against impressive winner Following Sea.