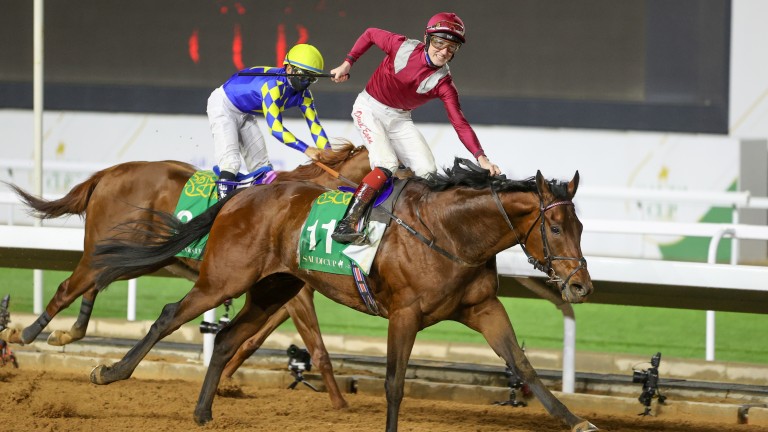 Prix du Jockey Club winner Mishriff, who was runner-up in the Saudi Derby at this meeting last year, came from a wide draw to overturn Bob Baffert's well-fancied Charlatan by a length under 21-year-old jockey David Egan.

Group 1 Malibu Stakes winner Charlatan had dominated the market beforehand alongside fellow US raider Knicks Go, and the pair controlled the race until Mishriff produced a pulsating finish to become the second winner of the Saudi Cup, a race worth a cool $20 million, after Maximum Security had triumphed in the inaugural event last year.

Egan, the retained rider of Mishriff's owner Prince Faisal, said: "It's unbelievable, I've been waiting all my life to ride a winner in a race like this. It's a privilege to be connected to such a class horse.

"I always felt last year in the Derby if he hadn't missed the break he would have won so this is redemption for him. It was really important to get a good jump today. I didn't expect that he was going to be able to travel so well behind the leaders. It took him a little while to get going but then he ran them home."

Doyle and Mullins a winning combo

Hollie Doyle added another page to her ever-growing CV as she became the first female rider to ride a winner at the Saudi Cup meeting when she formed an unlikely alliance with Irish jumps supremo Willie Mullins to land the $1m Neom Turf Cup with True Self. 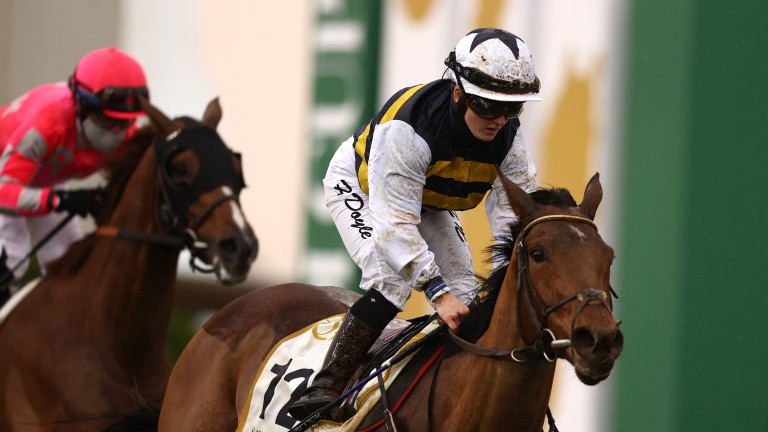 Doyle was having her first ride for Mullins and guided the 3-1 shot, a dual winner of the Group 3 Queen Elizabeth Stakes in Australia, to victory by a length and a quarter over Channel Maker after reeling in the longtime leader with a storming run up the home straight.

Doyle said: "It’s been an incredible year and it’s great way to start the new year with a valuable winner like this. I thought she was my best chance of the day, I watched all her performances and a step back in trip was a very clever move by Mr Mullins."

In a highly successful day for British riders, William Buick rode a double on the card to continue his strong form in the Middle East. Buick’s first success came for his boss Charlie Appleby when odds-on favourite Space Blues took the Turf Sprint and he also scored for Japanese trainer Akira Murayama with 10-1 shot Capano Kicking in the Dirt Sprint.

FIRST PUBLISHED 6:50PM, FEB 20 2021
It's unbelievable, I've been waiting all my life to ride a winner in a race like this

Rachael Blackmore will 'definitely' be part of Willie Mullins team at Cheltenham Amateur rider banned for 14 days as leader takes wrong course in dramatic bumper 80-1 winner The Brimming Water grabs the headlines on point-to-point day Should punters side with the Willie Mullins favourite in the Supreme or not? 'I always want to achieve more' - Doyle dazzles with 2,521-1 Kempton five-timer 'He was just loving it' - Bachasson makes it five in a row with Red Mills win