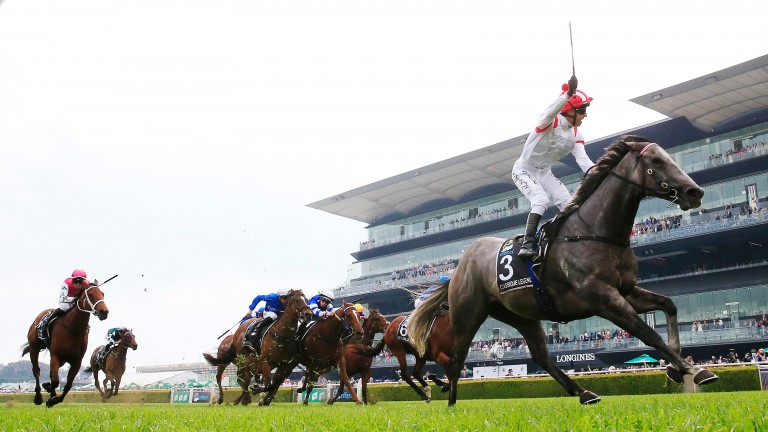 Kerrin McEvoy won his third Everest when Classique Legend justified his status as the shortest-priced favourite in the four-year history of the race to win comfortably at Randwick on Saturday.

Trained by Les Bridge, Classique Legend won the 1200-metre (6f) race worth A$15 million (£8.2m/€9.06m) by two-and-a-half lengths from Bivouac, with Gytrash a further half-length away in third.

Classique Legend takes out the 2020 #TABEverest! Gun ride from @KPMcEvoy
to take it home again! pic.twitter.com/Zv7HBhoIcw

Classique Legend jumped quickly from barrier six and was snagged back to a midfield position, taking cover on eventual fourth Trekking before sailing down the middle of the Randwick straight to overrun fading leaders Eduardo and Nature Strip, who had established a blistering pace.

"It was a funny one because [after jumping well] I still needed to come in behind Trekking for a slot and they went quicker and I just had to ride my race," McEvoy said.

"I looked up at the 600-metre mark and they were well in front of me and I thought, 'Far out, if Nature Strip and his companions are back to their best they're going to take a fair bit of running down'.

"But full credit to the horse, with cover and a soft time of it early, he was able to really power when I asked him and soon after straightening, I was confident of picking them up.

"It's a great thrill to get him over the line. Les has pulled a masterstroke off, he kept him in training from the middle of July and Carmel [Size] has attended to him like a baby.

"It's been fantastic, it's been an unbelievable job to win another one [Everest]."

FIRST PUBLISHED 7:11AM, OCT 17 2020
It's been fantastic, it's been an unbelievable job to win another one