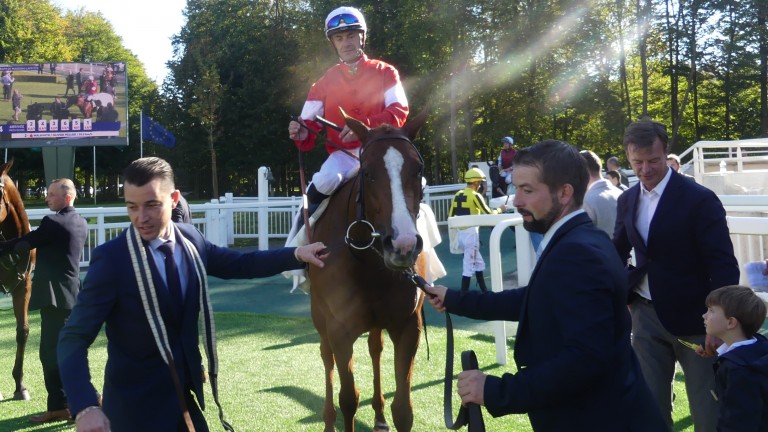 The Olivier Peslier-ridden Malavath made the jump from maiden winner to Group 2 heroine in a single bound, leading home Have A Good Day for a French one-two in a race which has often gone for export.

The Kevin Ryan-trained Gis A Sub led under Kevin Stott until the two-furlong marker, but was unable to pick up on the very soft ground that had begun to dry in the autumn sun, while the ever-consistent Desert Dreamer picked up another placed effort in top company, finishing third for Stuart Williams.

The winner's trainer Francis Graffard said: "Malavath came to us from the breeze-ups, which is not always easy, but she has an iron attitude, albeit she is hard to gauge because she never shows a lot in the morning. She wouldn't even go past her leader in her last piece of work, but she is a totally different filly in the afternoons.

"She is by Mehmas, who is a great sire of two-year-olds, and it's too early to say whether his stock can train on. Physically, I think she has the scope to progress."

Desert Dreamer was beaten a neck by Have A Good Day for second, a reverse of the form from the Cheveley Park.

Co-owner John Parry said of Desert Dreamer: "She's been a bit unlucky in a few Group races and here, maybe the ground wasn't ideal. But she's only been beaten a length in a Group 2 so you can't get too upset. We beat the second at Newmarket a couple of weeks ago, but she's done fantastically for us."

Stott felt the ground was to blame after Gis A Sub failed to pick up.

"I travelled very well to the two pole, but when I asked him to quicken he just got stuck," said Stott. "Had it not been so warm, the ground might have been nice and soft to go through, but it's like a gluepot."

Zelda looked a filly of some promise after wins at Saint-Cloud and Clairefontaine over the summer, but she suffered something of a setback when finishing last of six behind Acer Alley when stepped up to Group 3 level at Longchamp last month. 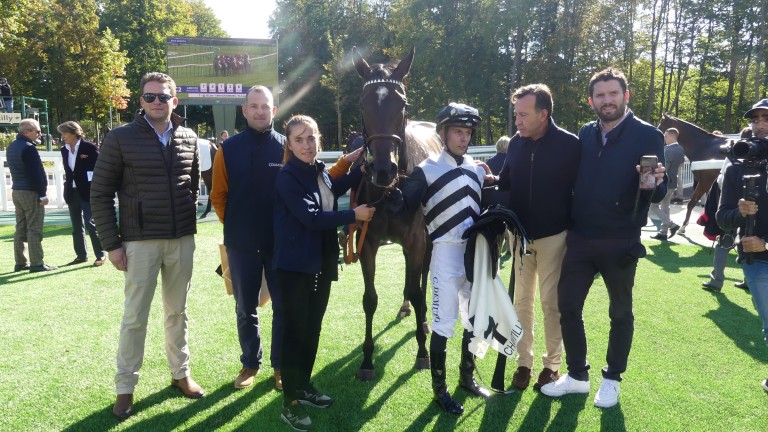 Zelda: back to form at Chantilly
Racing Post/Scott Burton

Trainer Jean-Claude Rouget has clearly not lost any faith in the daughter of Zelzal and his faith was rewarded with an all-the-way success over this more conventional seven furlongs.

"It's easy to say after a result like that, but we've seen her really flourish over the last few days," said Rouget's assistant Jean-Bernard Roth. "These are young horses and they have every right to have an off-day.

"The 1,400 metre course at Longchamp can be very difficult for young horses and she is surely a very good filly.

"We decided to let her stride on today because she is very generous, and it doesn't serve to fight her nature too much."

Elsewhere on the card, Arc-winning trainer Peter Schiergen continued the fine run of German visitors to France, saddling Lord Charming and Quello to finish one-two in the Listed Prix Fabuleux.

Expert Jury: Native Trail or Coroebus? Find out who impressed our experts

FIRST PUBLISHED 5:20PM, OCT 9 2021
She wouldn't even go past her leader in her last piece of work, but she is a totally different filly in the afternoons