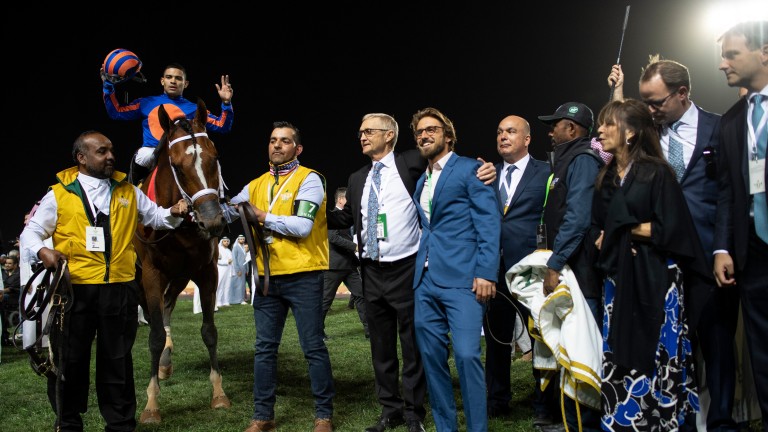 Final prize-money distribution from the 2020 Saudi Cup, which have been held up by indictment against winning trainer Jason Servis, could come within six weeks, the head of the Jockey Club of Saudi Arabia said on Saturday.

The minor awards from the 2020 Cup have been paid, but the $10 million winner's share was frozen by Saudi officials pending the resolution of doping charges involving Jason Servis, who at the time trained the Luis Saez-ridden winner, Maximum Security.

Maximum Security raced last year for owners Gary and Mary West and the Coolmore partners, who had bought into the horse in January last year.

Jockey Club chairman Prince Bandar bin Khalid Al Faisal said he hopes the wait is nearly over, noting the star-crossed career of Maximum Security, who was disqualified from victory in the 2019 Kentucky Derby due to interference.

"I feel we don't have long to wait [for action on the United States legal issues]", Prince Bandar said. "I hope that within the next six weeks, we'll put this matter to rest."

The case in US District Court in New York has already taken a myriad of twists and turns involving other defendants. It now could be complicated by new federal legislation that will turn over the regulation of medication to the US Anti-Doping Agency.

Prince Bandar admitted to having "a soft spot" for Maximum Security.

"I thought he got a raw deal in the Kentucky Derby," he said. "It was fair, but he was the best horse on the day."