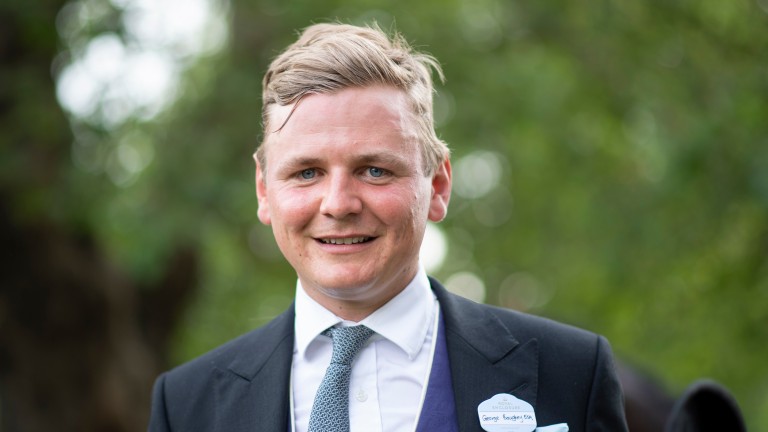 George Boughey's career reached a new high on Tuesday when Oscula made virtually all under Ryan Moore in the Prix Six Perfections, the 29-year-old trainer's first Group success.

Boughey and owners Nick Bradley Racing had targeted the race, with Hellomydarlin also making the trip to France 16 days on from her third in the Prix Robert Papin.

"It's a very special day and she's obviously a pretty good filly," said Boughey. "She probably liked the rain-softened ground whereas it was probably too quick for her in the Group 2 at Newmarket last time. Ryan was very impressed with her and she's a filly we might bring back at the end of the year for the Marcel Boussac." 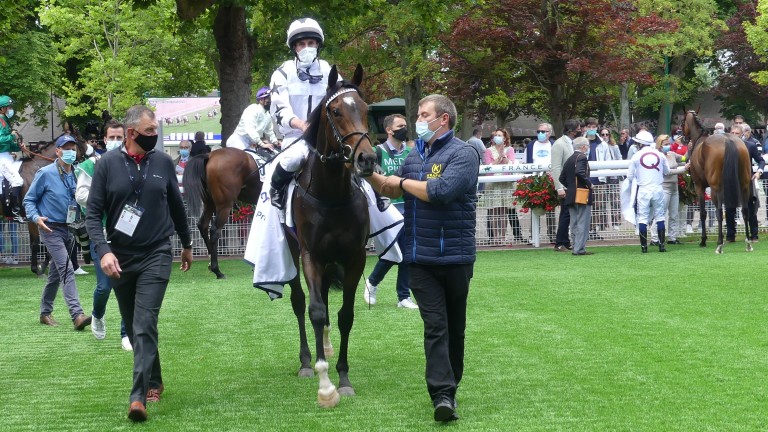 Boughey added: "We had four horses when we started two years ago and to have had as many winners as we have had is great. The team have been working very hard at home and to have had a Listed winner on 1,000 Guineas day and now a Group winner at Deauville just rewards them for all their work. It's very special."

Hopes of a famous double thanks to Oaks runner-up Mystery Angel were dashed close home after James Doyle had also led for most of the way on the Prix de Psyche over 1m2f.

She was collared close home by the Jessica Harrington-trained The Blue Brilliant, who in turn was headed on the line by Penja under a well-timed effort from Cristian Demuro.

Trainer Jean-Claude Rouget indicated the Group 2 Prix de la Nonette back at Deauville on August 21 could be the next step for Penja. 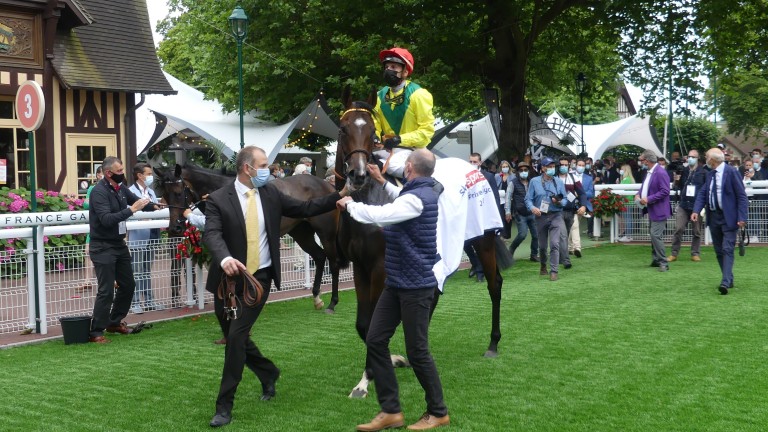 Harrington was on hand to welcome The Blue Brilliant back after going down by just a nose under Shane Foley, and said: "It's her first run in any stakes race and she's run her heart out, it's only her fifth race. She's open to a good bit more improvement and she'll definitely stay a mile and a half.

"Shane said if the winner had come to her a fraction earlier, she would have battled. She'd beaten off the other horse and she thought she had it done."

The Prix de Cabourg went the way of owners Con and Theresa Marnane as Have A Good Day led home Dizzy Bizu in a fillies' one-two.

"She got cast in her box and suffered a jaw injury so we have given her some time to get over that," said Guyader. "She has been getting better and better and although I hesitated before making the entry, Con Marnane gave me some good advice and we decided to run."

Red letter day for Galileo Gold and Adaay at Deauville

FIRST PUBLISHED 5:54PM, AUG 3 2021
We had four horses when we started two years ago and to have had as many winners as we have had is great

Paddocks could beckon for Astadash after impressive Group 3 success Jessica Harrington maintains hot form with sparkling treble from two-year-olds Interference rules don't give jockeys or stewards enough credit Going down the High Chaparral route - could River Thames make a big splash? George Boughey: 'If they were revved up to win they wouldn't keep on improving' Think 'trainer form' and everything becomes clear after hectic weekend's action