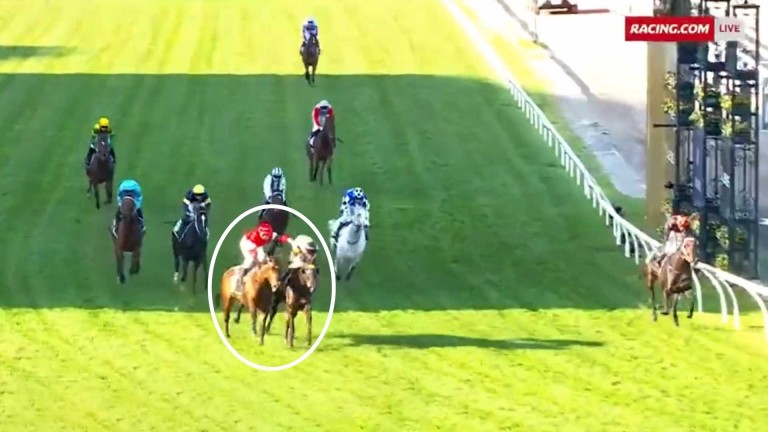 Leading rider Brett Prebble was told to refrain from making contact with other riders on the racecourse after appearing to push fellow jockey Blaike McDougall following a controversial finish to a race at Flemington.

Racing Victoria's chairman of stewards Robert Cram felt there was "no malice" in the incident, when the jockey's left hand made contact with the back of McDougall shortly after he had finished second to that rival in the Lexus Banjo Paterson Series Final.

The placings were reversed after an objection from Prebble. The stewards determined that first-past-the-post Monbaher impeded seven horses from the last furlong and a half to the 50-metre line and promoted Mimi’s Award to first. McDougall was given a 12-day suspension for careless riding.

Cram said to Prebble: “We have no doubt that you’re merely gesturing to Blaike McDougall at the time and there’s nothing sinister in it.

“So, having taken that course of belief, it is then our decision to decide whether you had breached any rules in making contact.

“We don’t want jockeys touching after races. We have some flexibility in respect to celebration when it’s an important race, but it all must be in a controlled emotion so that there’s no incidents that occur as a result of it.

"We are going to advise you to discontinue from doing so in future and leave the matter at that.”

The rules state a rider "must not touch, except accidentally, any person or thing other than the rider’s own equipment in the period from when a race starts to when the rider weights-in."

The stewards' report on the race worth A$150,000 (£84,700) read: "Stewards inquired into the reason for rider Brett Prebble making contact with his left hand to the back of rider Blaike McDougall (Mimi's Award) shortly after the winning post. 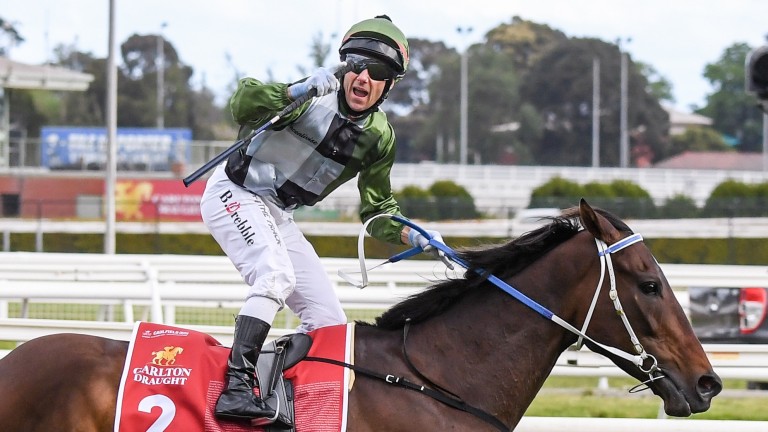 "Rider Blaike McDougall (Mimi's Award) was found guilty of a charge of careless riding under the provisions of AR131(a), the careless riding being that from the 350m to the 50m, he permitted his mount to shift out when insufficiently clear of Monbaher, resulting in that gelding being taken out off its course.

"Blaike McDougall's licence to ride in races was suspended for a period of 12 race meetings, dates to be subsequently advised."

Prebble is best known for his 2012 Melbourne Cup victory on Green Moon, and he has also had big-race wins in Hong Kong and Japan. McDougall has ridden 674 winners in Australia. 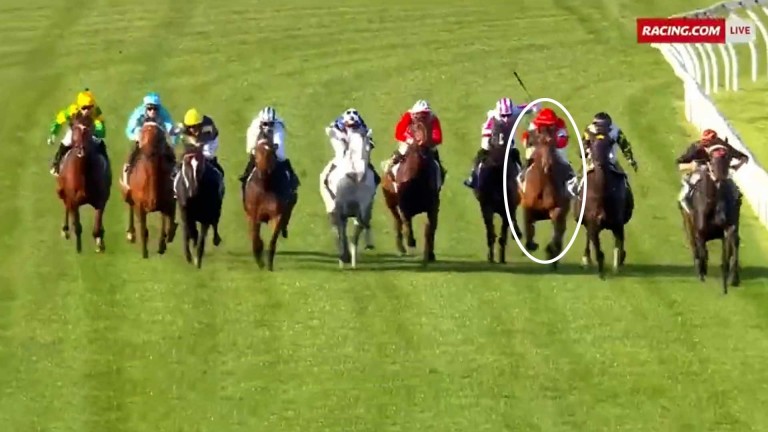 Brett Prebble on Monbaher makes his move, with Mimi's Award to his left. 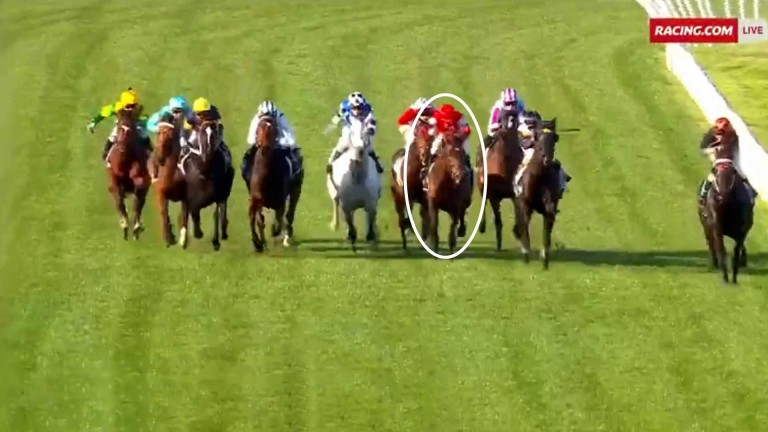 Mimi's Award is drifting to her right and deemed to interfere with a number of horses, according to the stewards. 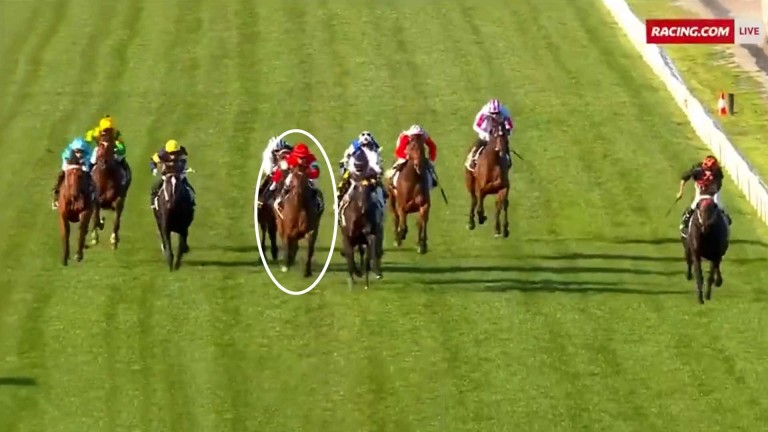 Mimi's Award continues to come across under McDougall approaching the final stages. 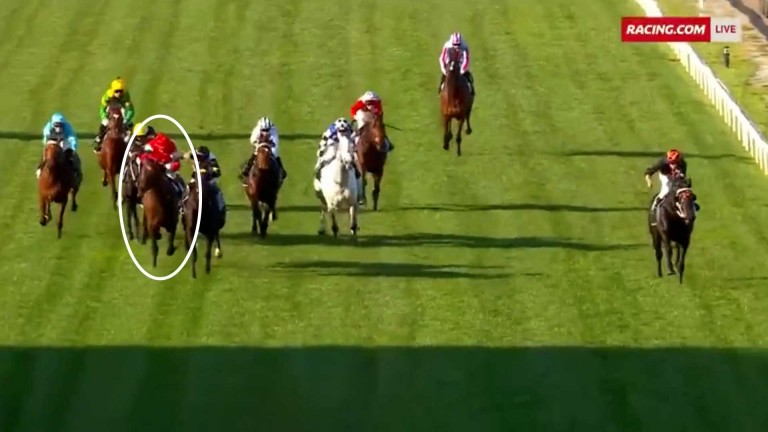 Prebble and Monbaher are still in contention despite having been taken to the middle of the track. He is still responding to pressure. 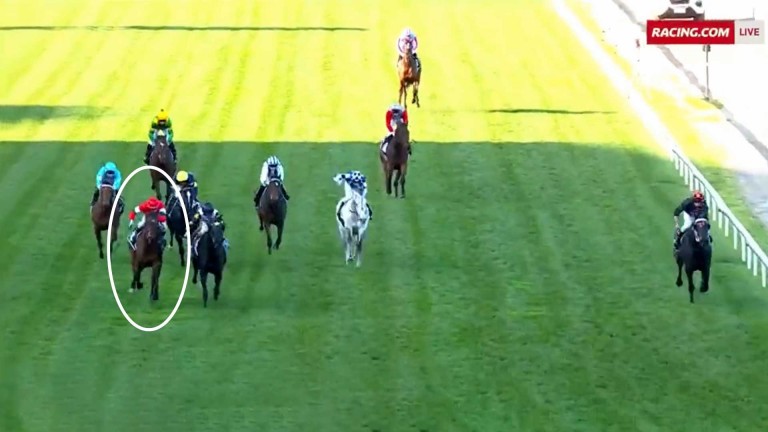 Mimi's Award straightens up and does enough to beat Monbaher in a photo-finish. She is later demoted by the stewards.

Prebble makes contact with McDougall although the stewards deem it to be "merely gesturing".

FIRST PUBLISHED 11:28AM, JUL 3 2022
We are going to advise you to discontinue from doing so in future and leave the matter at that