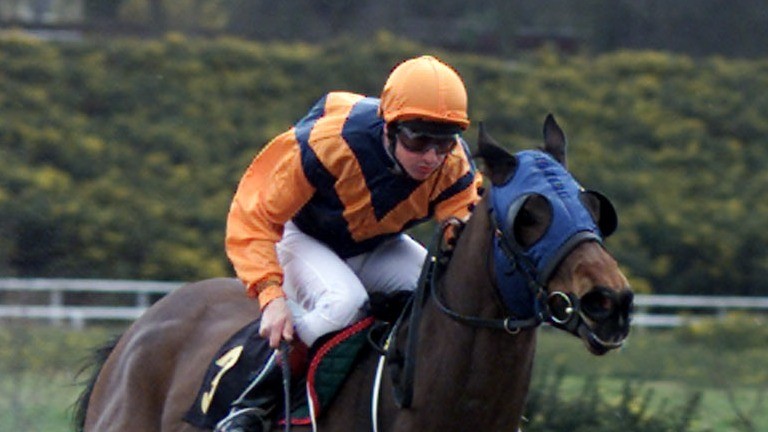 Halliday, who is originally from Belfast, fell heavily from his mount Tua in a 6f maiden claiming race last Thursday and was taken to Christiana Hospital, Newark, where it was revealed he had suffered two small brain bleeds, fractures to his T7 and C4 vertebrae as well as a fractured shoulder blade.

The jockey has also been intubated and while his brain bleeds have stabilised, he has still not gained the ability to use his arms, is unable to speak or swallow and attempts to remove the breathing tube were unsuccessful. Additional MRI scans have also revealed that he suffered further fractures to multiple vertebrae as well as to his sternum.

A GoFundMe was set up four days ago by Jennifer Shannon alongside Halliday's wife, Stephanie Pastore, to help support the jockey through his recovery and has raised nearly $21,000, having originally set a target of $2,500.

An update from Shannon on behalf of Pastore was released on Tuesday on the page and said: "Vince remains in the ICU at Christiana Hospital. His brain bleeds have stabilised, however he still has not gained the ability to use his arms. The injuries to Vince’s neck and lungs have made it very difficult to breathe on his own. Doctors have had no choice but to intubate to keep his oxygen levels up. He is unable to speak or swallow on his own.

"His wife Stephanie has been at his side and is relentless in aiding his recovery and encouraging Vince to stay strong. Vince is very frustrated that he cannot move his arms, speak, or breathe on his own.

"Vince was able to nod at letters in the alphabet to communicate. Anyone that knows Vince will not be surprised to learn that he asked about the wellbeing of Tua, he was happy to learn she will be okay.

Halliday began his career as an apprentice jockey in Ireland for Kevin Prendergast before moving to America in 2008, where he has since won 45 races and more than $1.2 million in prize-money. His best year came in 2019, where he rode 14 winners and more than $300,000 across the season.

FIRST PUBLISHED 12:28PM, JUL 21 2021
Vince and Stephanie are grateful for the support and the outpouring of love