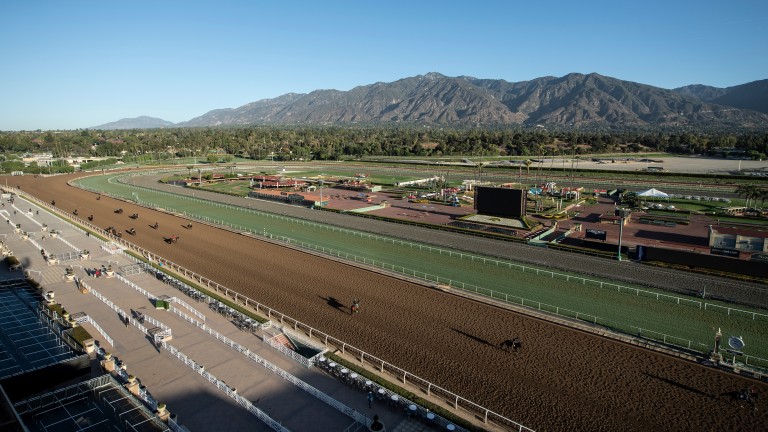 Horses train on Santa Anita's main track against the backdrop of the San Gabriel mountains
Edward Whitaker
1 of 1
By Graham Dench 6:33PM, JAN 21 2020

Authorities at Santa Anita have defended the track's safety record after two more equine fatalities at the end of last week took the death toll at the winter-spring carnival to four.

The latest horse to die was the four-year-old Uncontainable, who was calculated to have been the 41st at the track since December 2018 when put down after fracturing a right front ankle in the first race on Saturday.

A five-year-old named Harliss suffered a similar fate at the previous day's meeting, while Golden Birthday, a four-year-old gelding, was fatally injured in a racing incident on New Year's Day.

The first fatality occurred on the training track on December 26, two days before the carnival began, when three-year-old gelding Truest Reward broke his left front leg.

A statement issued by the track on Saturday said: "Santa Anita remains committed to transparency. Our safety statistics and incident reports are publicly available on our website at SantaAnita.com/safety.

"Home to 2,000 horses, Santa Anita Park is one of the largest equine training facilities in the United States. Horses raced or trained at Santa Anita Park more than 420,000 times over the last year with a 99.991% safety rate." 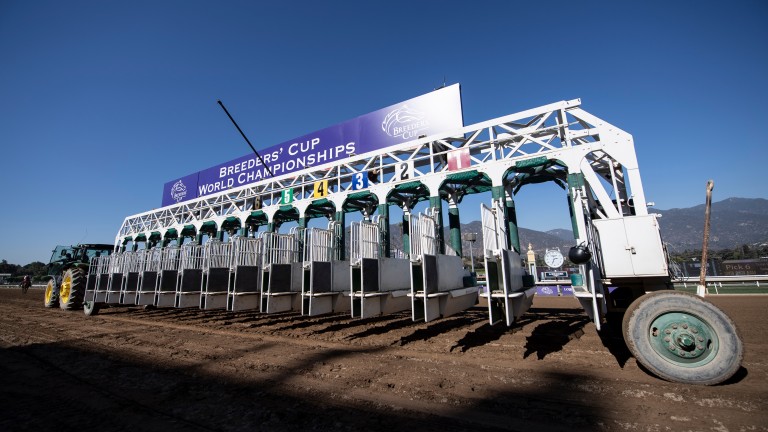 Equine welfare became a top priority in the US last year when the mounting toll of fatalities attracted considerable national media attention and widespread calls for reform. The issue became national news once again at the weekend.

Enhanced safety measures and increased veterinary vigilance appear to have reduced the fatality rate significantly, but much of the track's good public relations work was undone in the last race on the last day of its six-week autumn meeting, when Mongolian Groom died in the Breeders' Cup Classic.

News of the most recent Santa Anita fatalities comes at a time when an animal rights group based in Washington has claimed four horses were euthanised within ten days this month after racing at New Orleans' Fair Grounds racecourse.

The claim has not been disputed by Fair Grounds' racing officials, one of whom reportedly described the deaths as “unfortunate and most unusual” and gave assurances the track was committed to investigating all possible contributing factors.

Santa Anita winter season to go ahead but with tougher measures