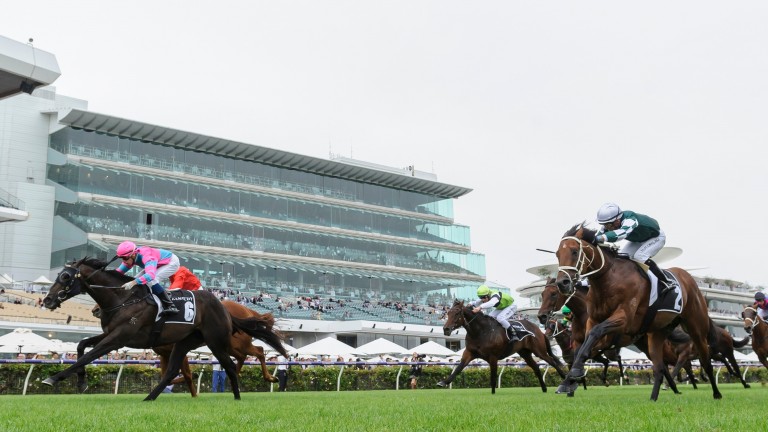 Jockey Michael Dee surely summed up the feelings of everyone in the recently-readmitted crowd at Flemington as he struggled to find the words after partnering 300-1 shot Lunar Fox to success in the Group 1 Australian Guineas on Saturday.

After conjuring a winning late run down the outside on the unconsidered outsider, Dee said: "I can't believe it. It hasn't sunk in. To be honest, I didn't give him much hope. No one else really did either.

"It's obviously a massive thrill and I can't believe it has just happened."

Lunar Fox's huge odds contributed to a giant payout on exotics and if anyone had managed to correctly predict the first four home, they would have pocketed $974,376 on Tabcorp, almost matching the overall $1 million prize fund on offer for the Australian Guineas.

There have been eight 100-1 winners in Australian Group 1s since 2007, topped most famously by Michelle Payne's shock Melbourne Cup success on Prince Of Penzance in the 2015 Melbourne Cup.

But Lunar Fox was given no chance by punters off the back of a 13-length defeat in his most recent start two weeks ago. 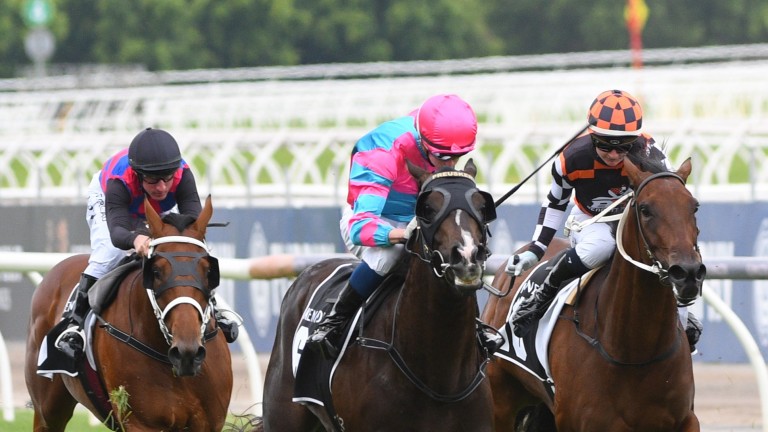 "All I could do today was do my job and do it to the best of my ability," Dee told racing.com. "Hopefully the horse ran well in doing so.

"Having the blinkers on today [made] just a massive improvement. They drilled it into me before the race to stay off the fence. From the gate we were able to get the perfect run three-wide and work into it."

Classic boilovers in Britain and Ireland

For British and Irish punters who like to play at big odds a 300-1 Group 1 winner seems like the stuff of fantasy.

But there have been a few big-priced shocks at the highest level, several of them not too long in the memory.

Billesdon Brook being among the most recent in the 1,000 Guineas when scoring at 66-1 at Newmarket in 2018, the same odds as the longest-priced winner of the 2,000 Guineas, Rockavon, who triumphed in 1961.

There have been three 100-1 winners of the Derby, though the most recent was Aboyeur in the controversial 1913 running which saw suffragette Emily Davison killed when stepping out in front of King George V's Anmer, while first-past-the-post Craganour was disqualified. 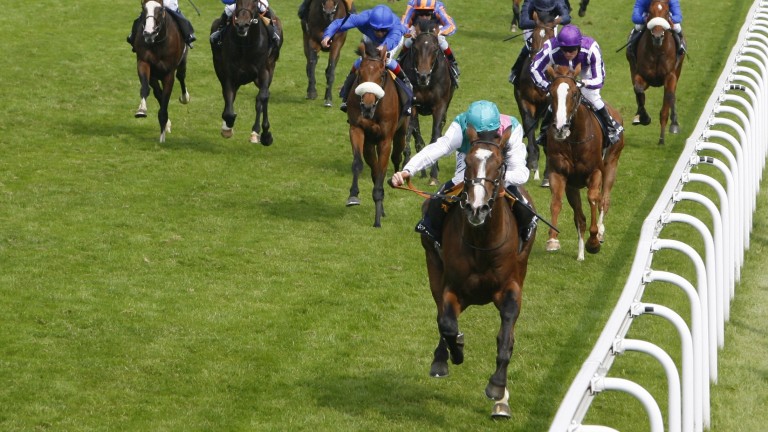 The Derby has also been a race where apparent no-hopers can grab a share of the place money, with Terimon chasing home the imperious Nashwan at 500-1 in 1989, and 100-1 shot At First Sight finishing a distant second to Workforce in 2010.

Jim Bolger has proved adept at springing a Classic surprise on occasion. In 1991 Jet Ski Lady became one of three Oaks winners to be returned at 50-1, a feat matched by Qualify in 2015.

And Bolger was at it again a decade later when Margarula became a rare 33-1 winner of the 2002 Irish Oaks, getting the better of 4-5 favourite Quarter Moon.

Aidan O'Brien was on the wrong end of that result but can claim the biggest shock in recent Irish Derby history, thanks to the 2019 success of Sovereign, also at 33-1 chance.

The biggest recorded price for a British Classic winner is 200-1, though you have to go back to 1822 for Theodore's triumph in the St Leger at Doncaster.