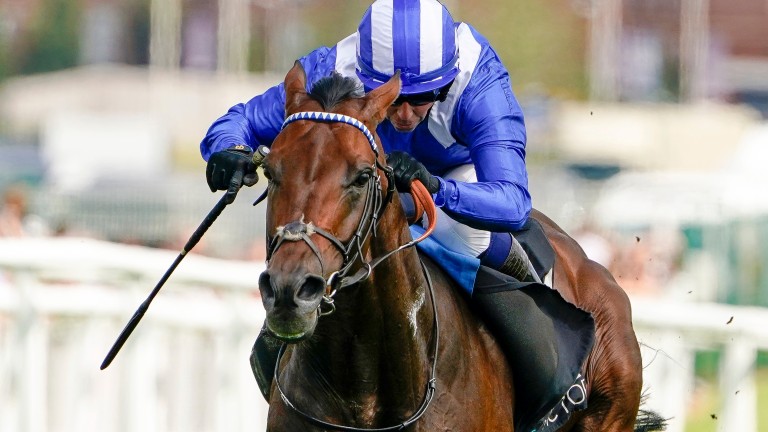 Hukum, a 5-1 chance with William Hill for next month's Longines Hong Kong Vase at Sha Tin, will miss the race as connections have instead decided to target the classy four-year-old at the Dubai Sheema Classic in March.

Only Lambourn counterpart Pyledriver and Glory Vase, who won the mile-and-a-half Group 1 in 2019, are shorter in the betting than Hukum, who has won four of his seven starts in 2021 and was last seen recording a career best in October's Cumberland Lodge Stakes at Ascot.

He is trained by Owen Burrows for Shadwell Estate Company Ltd, the legacy operation of owner-breeder Hamdan Al Maktoum, who died in March.

His daughter Sheikha Hissa Hamdan Al Maktoum will maintain the family's interest in the sport, albeit at a smaller level, and it has been decided not to field Hukum – an older brother to star miler Baaeed – in the £1.9 million Vase on December 12.

The Sheema Classic on Dubai World Cup day at Meydan on March 26 is now the next aim.

Burrows said on Sunday: "We're not going to Hong Kong. He's having an easy time now and then he'll go to Dubai for the Sheema Classic. I've spoken to Angus [Gold, Shadwell's racing manager], who has spoken to Sheikha Hissa, and we felt he's been on the go for quite a while and we'd give it a miss.

"He'll have an easyish time and then get busy again in January, and Meydan should suit him, while it would be wonderful to take him out there for Sheikh Hamdan's family. It would be great to have a runner out there – he'd be my first – and if he could do well it would be brilliant.

Burrows started training in 2017 from Kingwood House, but next season will be based at the nearby Farncombe Down Stables, which Shadwell used as a pre-training and rehabilitation yard, when he will also open his doors to new owners having been a private trainer for the Maktoum family since taking out his licence.

"I've got the yearlings over at the new yard and have 15 left at Kingwood who will move down in the next couple of weeks," he added. "I've got between 30-40 horses and, come April and the breeze-up sales, I'll be doing my best to drum up some business."

FIRST PUBLISHED 1:31PM, NOV 21 2021
He'll have an easyish time and then get busy again in January and Meydan should suit him

Gambling review must get balance right to fight lure of black market - BGC chief Join Racing Post Members' Club to unlock exclusive features, news, tips and more No RCA plan to bring in mandatory Covid passes despite Chelmsford move Haydock given green light for Wednesday's card after 'dramatic change overnight' Tylicki recalls 'shout for survival' as claim against Gibbons is heard in court Dan Skelton alleges 'campaign' against him in argument over £42,000 payment