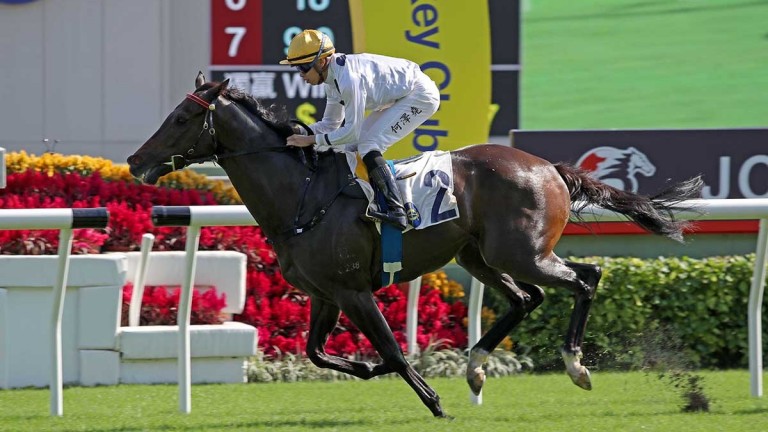 Hong Kong's A-team lived up to their billing on the whole at Sha Tin on Sunday and the names of the visiting stars who will oppose on Hong Kong International Races (HKIR) day in just over two weeks will soon be revealed. Meanwhile, Joao Moreira is flying after a Sunday treble and has plenty more chances to shine on an eight-race card at Happy Valley on Wednesday. 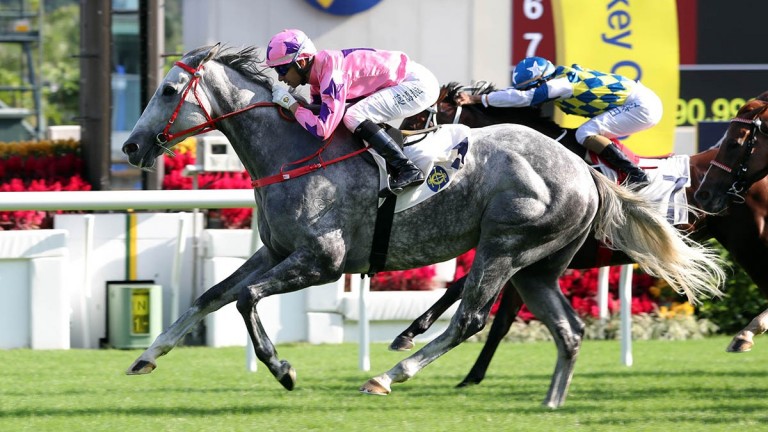 Still, Hot King Prawn did his job well, winning narrowly yet decisively in a race where the first eight home were covered by less than 0.3 sec. Some judges feel star Aussie import Classique Legend has the big one at his mercy but he has had an unusual preparation, going through quarantine in his old and new homes before joining Caspar Fownes this week.

The feeling remains that this year's Hong Kong Sprint isn't cut and dried by any means and Sunday's runner-up Computer Patch continues to give the impression there is a big day in him once he's ridden with a little more restraint.

Perfect ten for the Golden boy

True, he is beating the same horses to a large extent and Beauty Generation is on layaway until December 13. All the same, Golden Sixty continues to look one of the most dangerous milers on the planet and he gained his tenth consecutive win by landing the Jockey Club Mile with a rasping turn of foot that made very smart rivals look ordinary.

Last year's Hong Kong Mile winner Admire Mars presents a new challenge next month after a solid Grade 1 effort in Japan on Sunday and there could be a couple of notable Ballydoyle challengers, but Mile winners have a strong record in the big one.

It is tantalising to think what Golden Sixty might be capable of with genuine international top-level horses to fully test him.

Joao ought to cause a Furore in Hong Kong Cup

Moreira says the revival of last year's Hong Kong Derby winner Furore is down to the fact that he "got on him at the right time".

The fact that Tony Cruz's six-year-old is now 2-2 for the Magic Man having lost 12 in a row following the Derby paints a slightly different picture, but there is no question that Furore is back with a bang and he turned Exultant away for the second time this season with an impressive finish at the end of a strongly-run race. 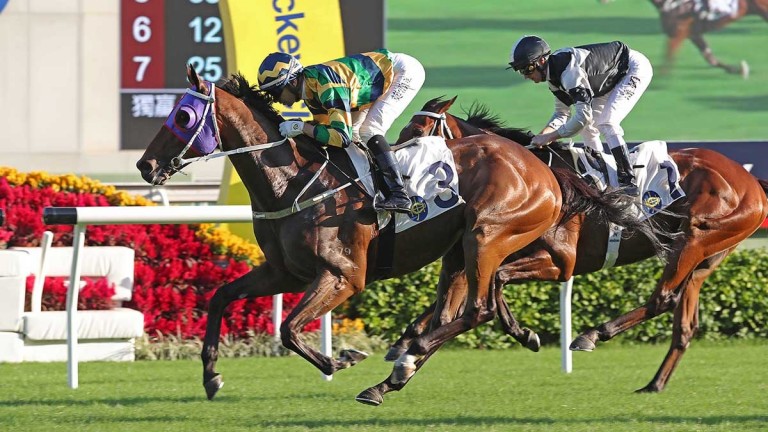 Fourth was the best Furore could manage behind Win Bright in last year's Hong Kong Cup. He is unquestionably a better horse now and, with Moreira pencilled in to ride, logic suggests he has every chance of pocketing a bigger cheque this time.

Exultant won the Hong Kong Vase after finishing second in the Jockey Club Cup two years ago and third after winning the November trial in 2019.

Furore takes the G2 Jockey Club Cup for Joao Moreira and Tony Cruz, leading home a 1-2 for the handler with Horse of the Year Exultant snaring second. #HKIR #HKracing pic.twitter.com/VGl54mMIK6

Those who backed him down to 9-10 on Sunday will be disappointed, but the Horse of the Year was conceding 5lb to a revitalised winner and stuck to his task in typically willing fashion after coming off the bridle a long way out.

Exultant beat the exceptional Lys Gracieux in an epic scrap for the 2018 Vase and wasn't helped by drawing stall 14 when third to Glory Vase twelve months ago. His prospects of another win depend on the strength of the foreign challenge to a large extent yet again, but the Vase may not be as deep as usual this year and another bold bid looks highly likely.

Bets can be placed into HK pools with the Tote, Coral and Ladbrokes. The first race at Happy Valley on Wednesday is at 11.15am

FIRST PUBLISHED 3:00PM, NOV 24 2020
It is tantalising to think what Golden Sixty might be capable of with genuine international top-level horses to fully test him