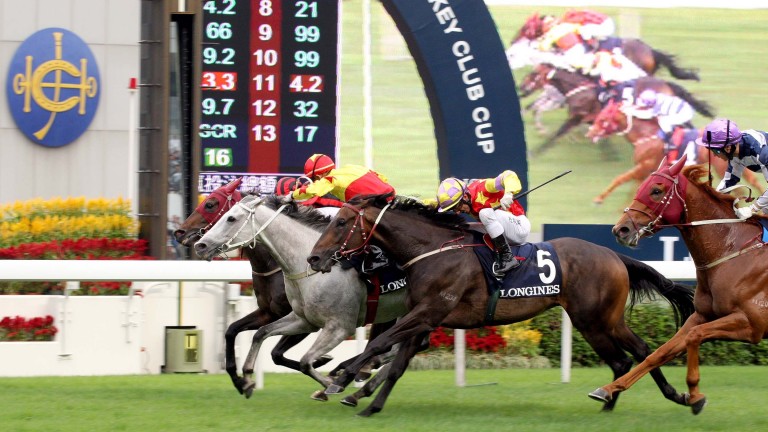 Sunday is a big day for some of Hong Kong's finest. Golden Sixty needs to make the most of the 10lb he receives from Beauty Generation in the Sha Tin Trophy to prove himself Hong Kong's new miling star. And Computer Patch and Perfect Match have to grill Hot King Prawn in receipt of 16lb to join the sprint elite. Sky Sports Racing is the place for all the action on a ten-race card, with the features due off at 6.45 and 9.10.

Golden Sixty has won his last eight, settling matters with rare acceleration. Beauty Generation has lost six of his last eight, his old aura of invincibility now gone for good.

Golden Sixty was only 75 per cent fit for the Celebration Cup, according to Vincent Ho and Beauty Generation still has to concede 10lb to his heir apparent.

Tactics key for round two

What does that all add up to? A repeat of last month's Celebration Cup is the logical scenario but every race is different and this one has several different factors in play.

The fact that the Sha Tin Trophy is over a mile rather than seven furlongs isn't of huge significance, but Beauty Generation does have a 7lb pull this time and that shouldn't be underestimated. 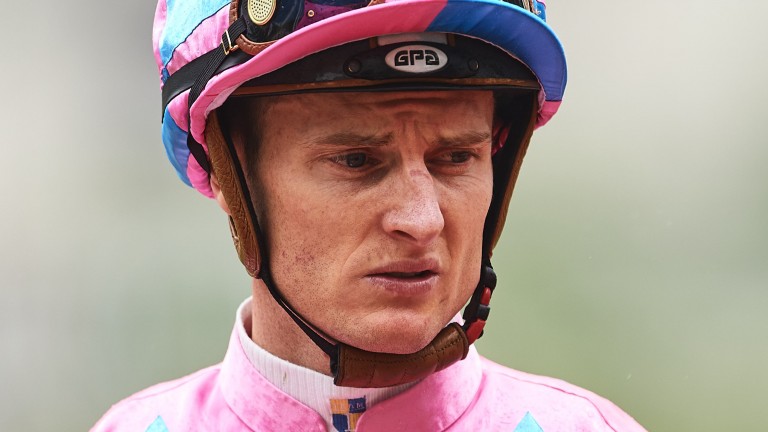 But perhaps the most important factor in Sunday's race relates to the way the main players will be ridden. Vincent Ho made an earlier move than usual on Golden Sixty three weeks ago, while Beauty Generation was caught in a pocket briefly from his inside gate under Zac Purton and couldn't respond as the winner bounded clear.

Generation still a danger with a smoother run

So Purton faces a dilemma. Asking Beauty Generation to turn back the clock and adopt the destructive front running style that was the hallmark of so many of his major wins, would run the risk of exposing his advancing years.

A more patient approach, however, would run the risk of being stalked and pounced on by a potent young rival who reels off 22s closing splits as if they're going out of fashion.

As with any race, value is key. Golden Sixty is clearly the most likely winner, but there is a strong case for suggesting that Beauty Generation can make him work for his money at a much longer price – and don't be surprised if Fast Most Furious hits the frame at big odds with blinkers fitted on his return to a mile.

Opportunity knocks as Hong Kong's second highest rated sprinter tries to give lumps of weight to some dangerous rivals in Sunday's Premier Bowl over 1,200m.

The high-class Hot King Prawn heads the weights for the Group 2 handicap and, given he's now six with various star rivals off the scene, the chance to make a Group 1 breakthrough this winter is clear.

But a Group 1 level of performance might be needed to concede 16lb to in-form Computer Patch and Perfect Match. 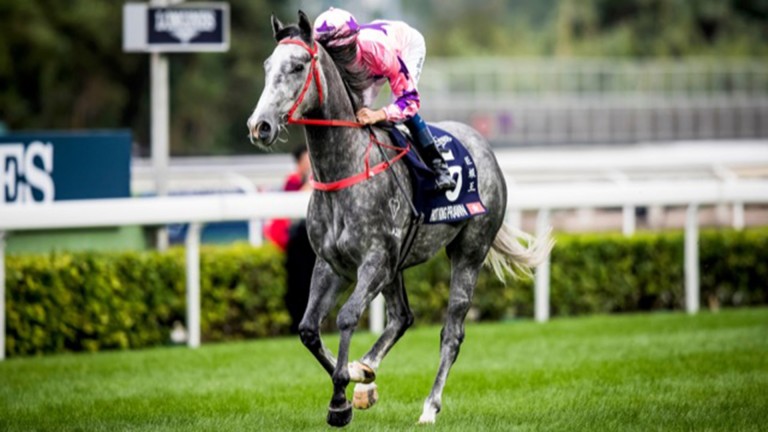 The former bolted up over the minimum trip at Group 3 level recently, while the latter had Computer Patch behind when achieving a career best in a hot handicap over this distance on his reappearance.

Giving that much weight away looks a tough test for Hot King Prawn and Perfect Match, who is 3-3 under Alexis Badel, might well be under-rated by the market if he jumps as third favourite.

Chau breaks through with Valley treble

Hong Kong's youngest rider Jerry Chau enjoyed a breakout night at Happy Valley on Wednesday, sealing a first treble when Buddies battled home in the nightcap to earn high praise from one of the sternest taskmasters around.

Chau's boss Douglas Whyte maximised every ounce of his talent to land 13 Hong Kong riding titles and summed up his 20-year-old pupil by saying "he’s got a lovely style and the most important thing is that his horses run for him".

A careless riding ban means Chau will miss the next two fixtures and there was little chance for celebration after Wednesday's feats.

"It feels like a dream," he said. “I have a break coming up but after that I’ll just keep working hard. I won’t sleep very well tonight though, I start work tomorrow at 4am to work five horses!”

FIRST PUBLISHED 2:20PM, OCT 17 2020
Beauty Generation does have a 7lb pull this time and that shouldn't be underestimated