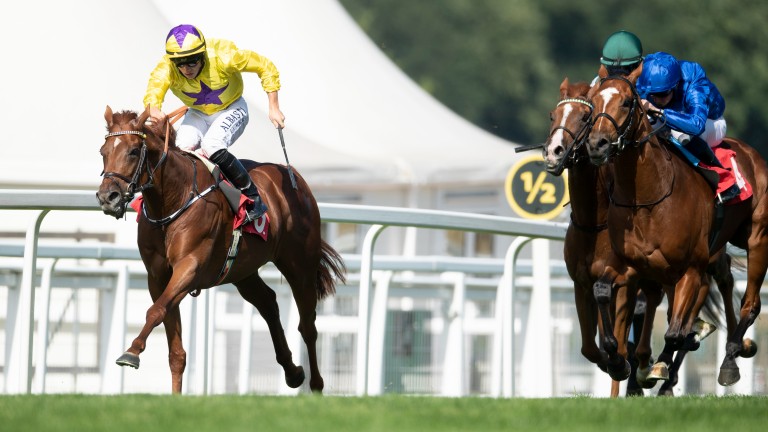 Frankie Dettori was narrowly denied a poignant success on his first ride of 2022 on Saturday when he was pipped on Recovery Run in the inaugural running of the Prince Khalid Bin Abdullah Cup at King Abdulaziz racecourse in Saudi Arabia.

Run in honour of the owner-breeder who passed away last January, the race saw Dettori hit the front turning for home on the Allan Smith-trained Recovery Run but he was unable to hold off the late challenge of the ex-William Haggas-trained Star Of Wins, who triumphed by two and a half lengths in the $266,000 (£196,547/€235,170) contest.

Salem Binmahfooz, director of racing at the Jockey Club of Saudi Arabia, said: "It was a fantastic race and a fitting tribute to Prince Khalid who did so much for the sport during his lifetime.

"Congratulations to all the connections of Star Of Wins, who put in an excellent performance to hold off the challenge of Recovery Run.

"We are delighted to welcome these big international jockeys to King Abdulaziz racecourse and overjoyed that the turf track rode so well and we got such positive feedback from the riders.

"We couldn't be happier with the first running and we look forward to seeing the race grow further in years to come."

Silvestre de Sousa, who flew out on Thursday to spend the next few months racing in Saudi Arabia, finished 11th on Fabilis, one of two Frankel colts in the field alongside fellow ex-British runner My Frankel.

Can anything beat Tolworth Hurdle winner Constitution Hill in the Supreme?

FIRST PUBLISHED 7:04PM, JAN 8 2022
It was a fantastic race and a fitting tribute to Prince Khalid who did so much for the sport during his lifetime