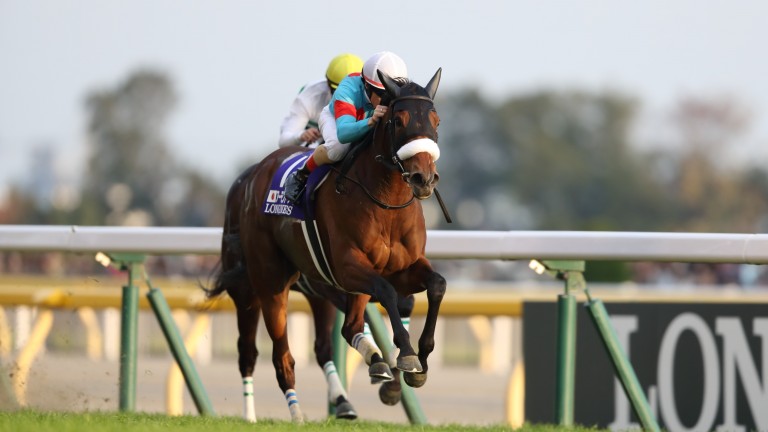 Almond Eye added the Japan Cup to the Japanese fillies' triple crown when smashing the track record in the prestigious Grade 1 in Tokyo on Sunday, raising hopes she can finally break the nation's hoodoo in next year's Prix de l'Arc de Triomphe, for which she was cut to as short as 8-1.

The three-year-old filly, ridden by Christophe Lemaire and trained by Sakae Kunieda, travelled powerfully in a handy position before quickening well to register a two-length victory over front-runner Kiseki, stopping the clock at 2min 20.6sec in a time 1.5 secs faster than the previous record set by Alkaased in 2005.

Almond Eye was sent off a red-hot 2-5 after winning her previous five races, including the Japanese 1,000 Guineas, Japanese Oaks and the Shuka Sho.

Kunieda said: "I had every confidence in her potential and she was in great form coming into the race. Winning this gives her various options to choose from, including an overseas challenge that will most certainly be expected of her, although details will have to be discussed with the owners."

Lemaire said: "She is excellent. It was a strong pace but she relaxed well. I knew Kiseki would finish strongly so I waited until the 300-metre mark to move past him. We will have to consider next year's Arc." 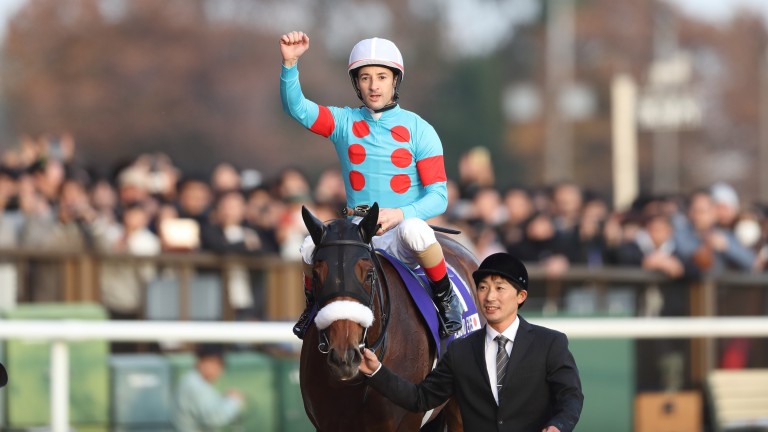 Menuisier said: "I thought the ground was too quick and he was a bit too tense before the race in the paddock."

Almond Eye's victory sets up a fascinating showdown with Enable at Longchamp next October. She will be bidding to become the first Japanese-trained horse to win the race after a number of near misses, including with the likes of El Condor Pasa, Deep Impact and Orfevre.

A trip to Dubai is also potentially on the cards for Almond Eye and she has been installed 7-4 favourite with Paddy Power for the Sheema Classic.

Female riders to be given weight allowance in Japan from March