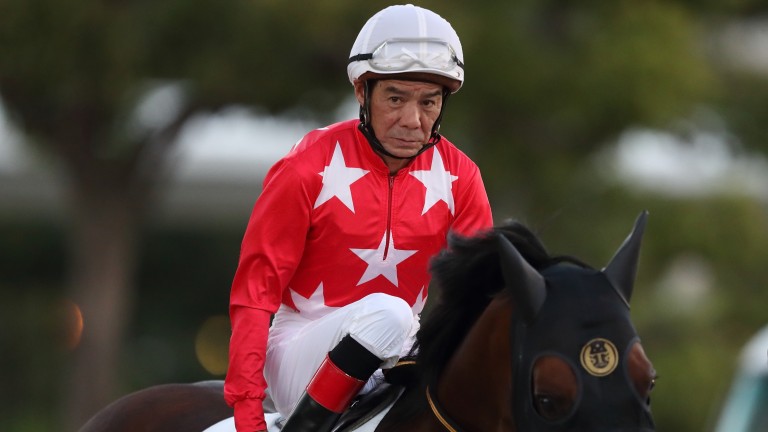 Renowned as the 'Emperor of Ohi' for his exploits at the popular city-centre venue, 61-year-old Matoba surpassed the record held by the 'Iron Man' Takemi Sasaki, who retired in 2001.

Both feature in the all-time top ten worldwide, with Matoba now in ninth place overall in a list headed by Buenos Aires-based Brazilian legend Jorge Ricardo, who is approaching the 13,000-winner mark.

In the landmark race at Ohi card, Matoba and Queen's Jade just held on, with Matoba performing his famed 'Matoba dance', which makes it look as though he is adopting a breaststroke while all the other jockeys are doing the front crawl.

The style looks ungainly to western eyes as, in the drive to the line, the jockey rises high out of the saddle, albeit in rhythm with his mount, using his ankles for support - but it has only added to his appeal in Japan.

Matoba, who started riding in 1973, operates on the second-tier NAR (National Association of Racing) circuit in Japan. Roughly analogous to 'picnic racing' in Australia, it takes place away from tracks run by the better-known Japan Racing Association (JRA).

All but five of Matoba's successes have come on the NAR circuit: he also has four JRA wins, plus one in South Korea.

Japan's most famous jockey Yutaka Take has 4,292 victories to his name, nearly 4,000 of them at JRA tracks.