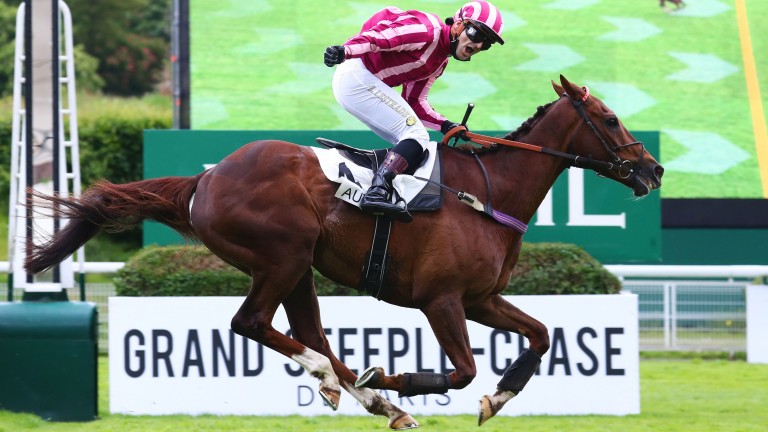 Bertrand Lestrade: celebrates his success aboard Docteur Ballon
Scoop Dyga/France Galop
1 of 1
By Scott Burton UPDATED 8:14AM, MAY 24 2021

Docteur De Ballon produced his trademark kick to outpoint Carriacou in a vintage finish to the Grand Steeple-Chase de Paris at Auteuil fought out by the two most recent winners of this venerable prize.

In doing so he ushered young British trainer Louisa Carberry into a hallowed circle as she matched the achievement of her husband and assistant Philip, twice a winner of the French version of the Gold Cup.

Just as had been the case in the delayed race last October – and again the following month in the Prix La Haye Jousselin – jockey Bertrand Lestrade waited at the rear of the field, confident in the extraordinary finishing power of Docteur De Ballon.

"It's not normal to be able to sprint like that after 6,000 metres [three miles five furlongs] but he's so calm and intelligent, he keeps everything back for the finish," said Carberry of her stable star.

"Winning three big ones shows it's not just luck. That was what was great about winning the Haye Jousselin – it showed he was a true champion. To come back and win a third Grade 1 in seven months – which is hard as there are usually only two a year – is wonderful and I'm delighted that so many people can be here to share the day."

Philip Carberry was not among the 1,000 people allowed on track – superstition getting the better of him at the last moment – but most of those watching on will have been fixated on the trio of well-supported David Cottin runners that led until the final act, including Le Berry and Ajas, a first Auteuil mount for Rachael Blackmore.

Both were beginning to send out distress signals as the field left the back straight behind the other Cottin runner, the free-galloping General En Chef and Felix de Giles. 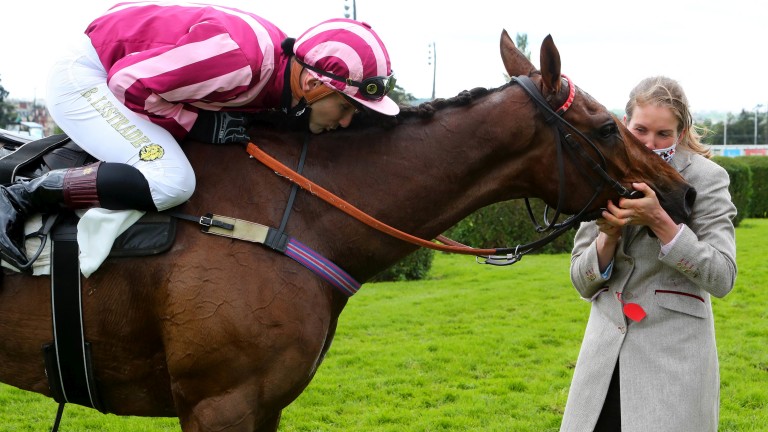 A serious mistake at the last in the back straight momentarily set 2019 winner Carriacou back on his heels but James Reveley soon had him back on an even keel and between the last two fences it looked like a duel between him and Docteur De Ballon.

"Again Docteur De Ballon jumped the Rail Ditch [the fifth last] in last and he had a lot of good horses in front of him," said Carberry. "He was a bit closer on the home bend than he was last year and I knew if he produced the same finish he would be hard to beat. But when I saw Carriacou was the one that went with him, knowing what a good horse he is, I never thought it was won before the last.

Carberry added: "It was different to last year and we've been really calm leading up to the race, thinking what will be will be. He ran a great race on his comeback and as far as Philip and I were concerned, as long as he came back safe and sound, that was all. He had already done everything we could have asked in his life.

"To have now done this, I don't know what more to say about the horse other than he thoroughly deserves it and so does the jockey. Bertrand rode him perfectly once again." 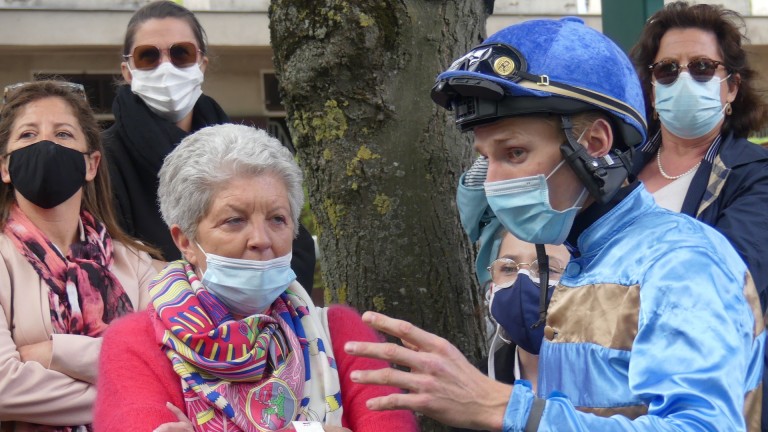 Trainer Isabelle Pacault was generous in defeat as Carriacou returned to his very best, and she said: "The first two home are both nine-years-old and it's wonderful to see them run to such a high level at that age. It's not time to retire Carriacou just yet."

Blackmore betrayed no hint of inexperience around Auteuil's imposing chase course, scraping the paint on Ajas and still looking a threat until stamina became an issue up the home straight.

"I got a great spin off him. He jumped really well and just from the third last I didn't have any petrol left," said Blackmore. "He's a beautiful horse and a beautiful jumper and I couldn't have had a better ride in that sense, he knew his job." 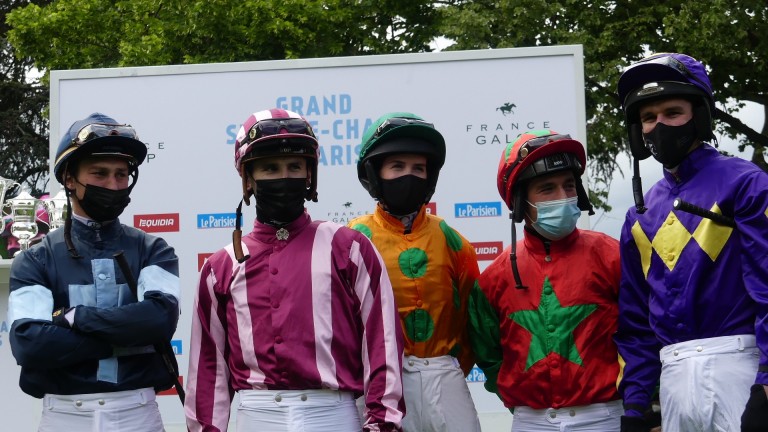 The Richard Hobson-trained Lord Du Mesnil and Danny Mullins parted company at the big open ditch on the first circuit and a circuit later that was where Francois Nicolle's chance of a first Grand Steeple-Chase success came to an end as Figuero unseated Angelo Zuliani.

Elsewhere Nicolle added a further two Grade 1s to his Grande Course de Haies success on Saturday, saddling a 1-2 in the Prix Ferdinand Dufaure courtesy of Le Listrac and L'Aubonniere, before landing the Prix Alain du Breil with Hermes Baie, who scored under Lestrade.

FIRST PUBLISHED 7:10PM, MAY 23 2021
I don't know what more to say about the horse other than he thoroughly deserves it and so does the jockey