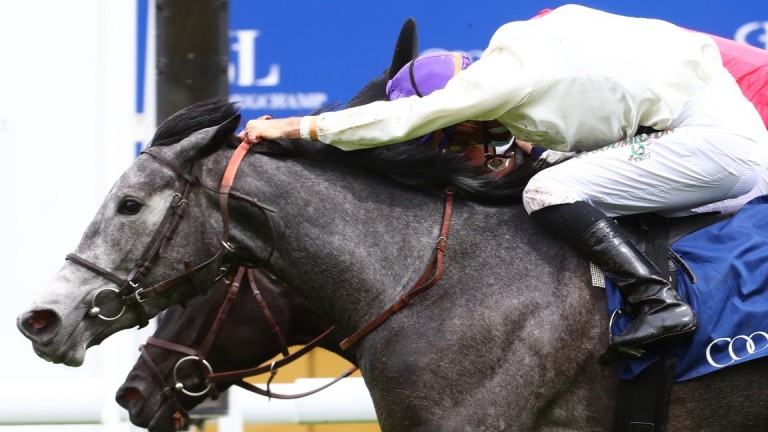 They enjoyed differing fortunes up the Longchamp home straight at the climax of Monday's Prix Saint-Alary, but Incarville and Sibila Spain showed enough to encourage their respective entourages to plan a challenge for the Prix de Diane Longines at Chantilly on June 20.

Possible opposition from abroad could include Irish 1,000 Guineas runner-up Joan Of Arc and Moyglare Stud Stakes heroine Shale, but bookmakers were still suitably impressed with Incarville's passage from last to first under an inspired Christophe Soumillon to cut her to a general 8-1 for the Diane.

David Smaga reported the daughter of Wootton Bassett to have taken her race well and believes the Diane is the obvious next stop.

"The filly is quite serene now," said Smaga. "She fought hard but then she ate up and slept. The Diane is absolutely where we’ll go next.

"Her only bad run was the day she made her debut, which I never understood because I always felt she was a good filly. I kept on treating her as a good filly and there is nowhere else to go but the Diane now.

"It was quite something what she did on Monday because it is difficult to come from behind in a race where they didn’t go that fast. The soft ground didn’t bother her and perhaps it wasn’t ideal for some of the others."

At the age of 70, Smaga – a former assistant to Maurice Zilber – has seen most things in racing, but Incarville's win at Longchamp was his first visit to the Group 1 winner's circle since Voix Du Nord landed the Prix Lupin in 2004.

"It's been quite a while since I've won a Group 1, although I've been second and third several times in the interim," he said. "What is exciting is that Incarville stays and likes soft ground, so we can look forward to a good autumn with her." 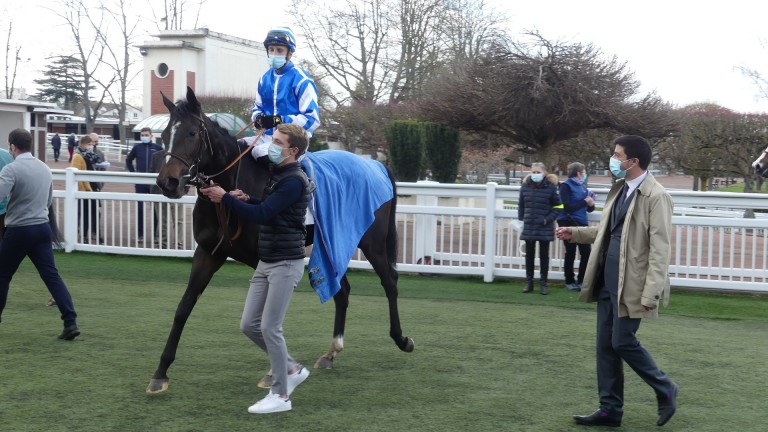 At the other end of his training career, Christopher Head is also eyeing the Diane for the previously unbeaten Sibila Spain, who was short of room as Aurelien Lemaitre tried to make ground before flying home for fourth.

"I'm disappointed, but she showed she is good and we're happy about that," said Head on Wednesday. "We always felt she was of that type and I feel she could have won with a better trip. But that's racing.

"She will go to the Diane and have a proper preparation for it. She was brilliant this morning. She went out for a hack and wasn’t at all stiff.

"The owner really is a sportsman and would rather try everything because she is worth it. He really loves her and wants to see her in the Classics."

Is this an Arc filly? Ebaiyra blooms at Saint-Cloud for Royer-Dupre

FIRST PUBLISHED 9:30AM, MAY 27 2021
What is exciting is that Incarville stays and likes soft ground, so we can look forward to a good autumn with her