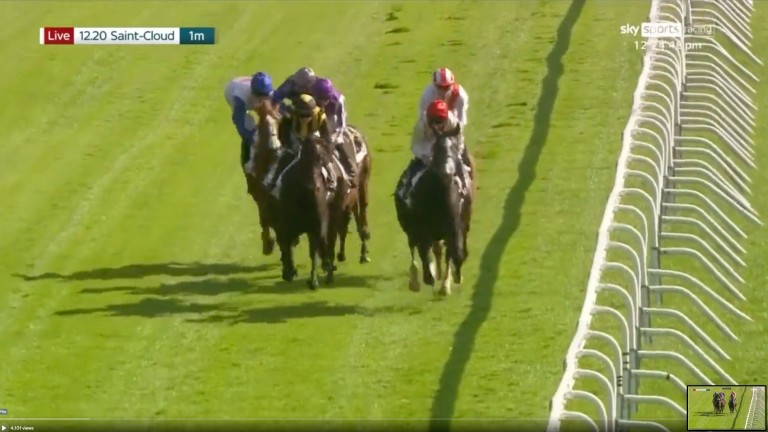 Christophe Soumillon moves to elbow Rossa Ryan (left) out of the saddle at Saint-Cloud
Sky Sports Racing
1 of 1
By Matt Rennie and Scott Burton UPDATED 9:22AM, DEC 20 2022

This article, written in September, has been republished as part of our Best of 2022 series. To read all of the series, and get the best of our award-winning journalism every day, sign up to Members' Club Ultimate here. Select 'Get Ultimate Monthly' and add code BESTOF50 to get 50 per cent off your first three months.

Christophe Soumillon has been banned for two months after an extraordinary and controversial incident in which he elbowed fellow jockey Rossa Ryan out of the saddle during a race at Saint-Cloud.

Soumillon, who later apologised for his actions, was riding the Francis Graffard-trained Syros in the Group 3 Prix Thomas Bryon when, in the back straight, his elbow made contact with Ryan, who was riding the Ralph Beckett-trained Captain Wierzba.

The contact resulted in Ryan being unseated from his mount. Ryan walked away from the incident unscathed, while Soumillon was banned for 60 days.

However, the jockey will be able to ride Vadeni in Sunday's Qatar Prix de l'Arc de Triomphe (3.05) as the suspension starts on October 14 and ends on December 12.

Soumillon said: "It was a terrible thing that happened. I was riding my race as always and two of us wanted the same spot. I thought I was just easing Rossa over so I could stay behind Ryan [Moore]. Unfortunately on the very soft ground he became unbalanced and came off.

"That was the first surprise because I wondered what had happened. When I watched back the pictures, I could see clearly what had happened – that I had gone elbow to elbow with him, which unfortunately I should never have done.

"I made a mistake and I am upset for my owner and trainer as well as for his, because it has resulted in them both losing out. The worst of it is that when a jockey falls like that it could have been a lot worse for him.

"I'm reassured that he's okay and when I saw he was unhurt I went and apologised straight away. That's the best news of the day. It's the kind of thing nobody wants to see in our sport.

"I totally understand the reaction of people who question what happened and feel it was totally unacceptable, so it is for me to suffer the consequences."

'That manoeuvre was a mistake'

Soumillon will miss big meetings including British Champions Day, the Breeders' Cup and the Japan Cup, while his chance of winning the Cravache d'or – the French Flat jockeys' championship – appears over. He is 21 winners behind Maxime Guyon.

Soumillon insisted the incident was not intentional.

"I have to serve two months of suspension, which is certainly a heavy punishment but nonetheless justified," he added. "I have to accept things and I made an error. I should never have used my elbow to try to keep my position.

"That manoeuvre was a mistake and I regret it. I apologise to everybody, especially the connections of those two horses and anyone who was shocked by what they saw. 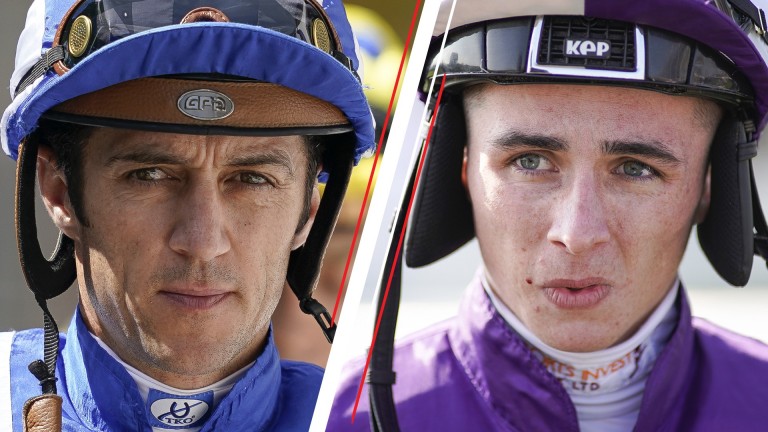 "Now, I have to stay very focused on what is the most important weekend of the year. I have to put things right again before sitting down on Monday or Tuesday and really reflecting on things, but this weekend I have to stay in my bubble and do my best."

Ryan told the Racing Post: "I just got a bump and lost my balance. It's just one of those things that happens. I feel disappointed for Ralph and his team bringing him out here, but we'll move on.

Syros, who finished second past the post, was disqualified.

Amo Racing, who do not own Captain Wierzba but for whom Ryan has ridden 97 times this year, were critical of the decision by France Galop not to ban Soumillon with immediate effect, a move that would have ruled him out of this weekend's Arc meeting.

In a tweet, they said: "Disgraceful, appalling what has happened in France today. If a jockey is allowed to do that and not be banned immediately then we are all in trouble! To ban a guy in October and November you may as well pay for his Christmas holiday too."

Disgraceful, appalling what has happened in France today. If a jockey is allowed to do that and not be banned immediately then we are all in trouble! To ban a guy in October and November you may as well pay for his Christmas holiday too @francegalop

Beckett, the trainer of Captain Wierzba, declined to comment on the incident.

Former jockey Andrew Thornton, who was working for Sky Sports Racing at Hexham, was highly critical of Soumillon's actions.

He said: "When you come off at the speed and land on your feet, that's when you go and break a leg. It's like jumping out of a car doing 35mph."

The Group 3 was won by the Aidan O'Brien-trained Continuous, who was cut to 20-1 (from 33) for next year's Derby by Coral following his success.

Soumillon's indiscretion follows a similar incident in Ecuador recently, where jockey Joffre Mora was reportedly banned for life after pushing a fellow rider off his horse in the Ecuador Derby. 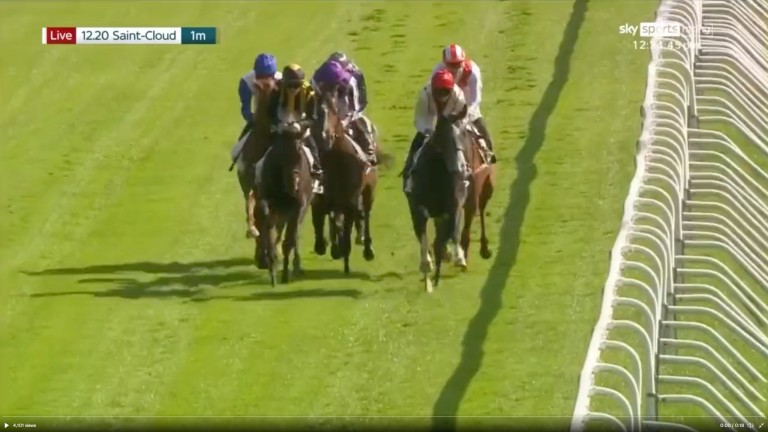 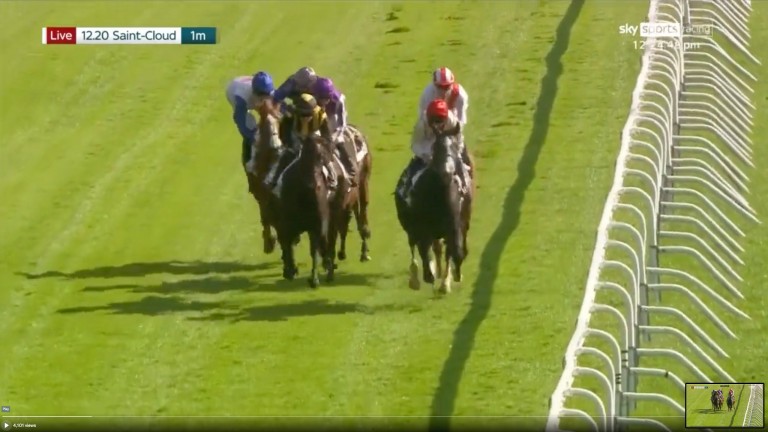 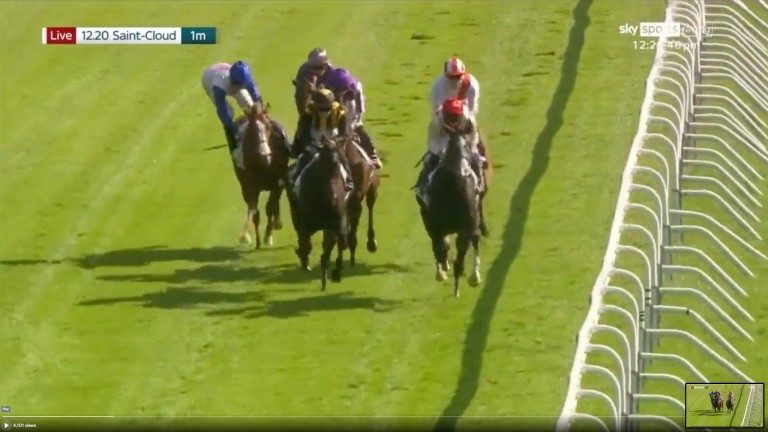 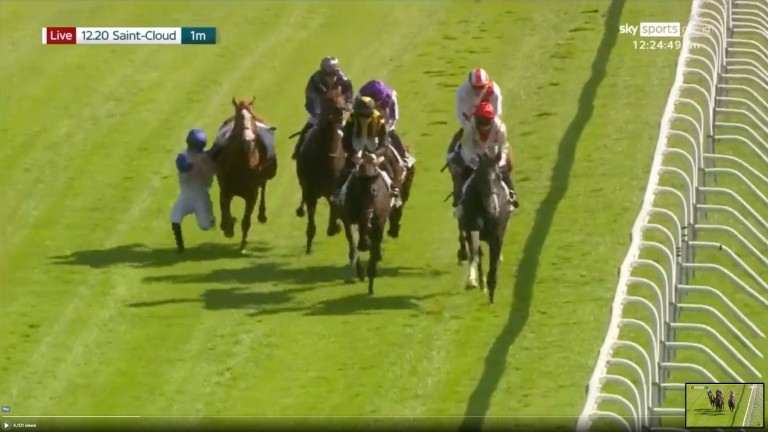 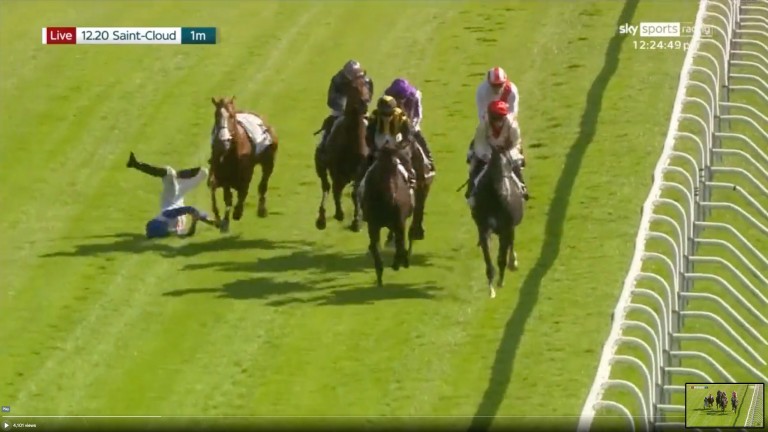 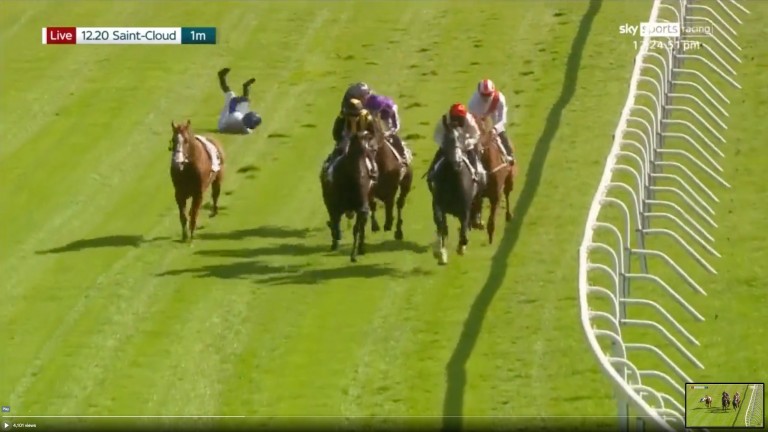 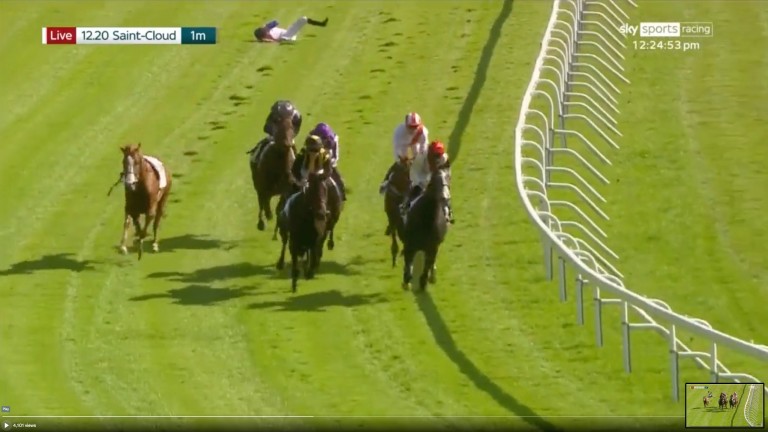 Stay ahead of the field with 50 per cent off the ultimate racing subscription. Enjoy the Racing Post digital newspaper and award-winning journalism from the best writers in racing. Plus, make informed betting decisions with our expert tips and form study tools. Head to the subscription page and select 'Get Ultimate Monthly', then enter the code BESTOF50 to get 50 per cent off your first three months.

First three payments will be charged at £19.98, subscription renews at full monthly price thereafter. Customers wishing to cancel will need to contact us at least seven days before their subscription is due to renew.

FIRST PUBLISHED 9:00AM, DEC 20 2022
Straight away I knew I'd made a mistake. I'm terribly sad with what happened because I hate seeing stuff like this