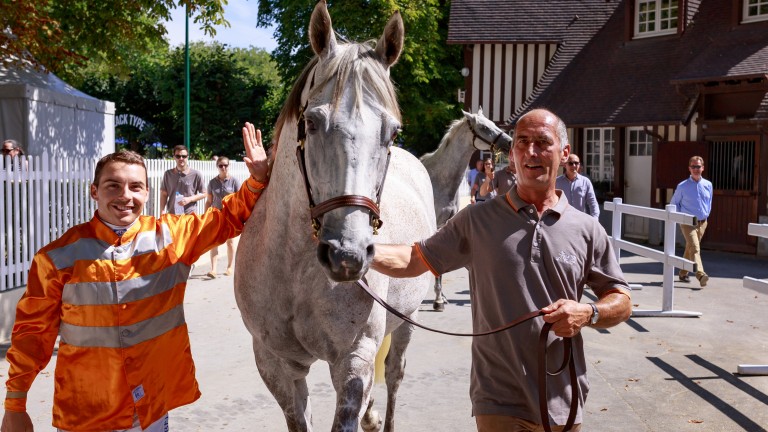 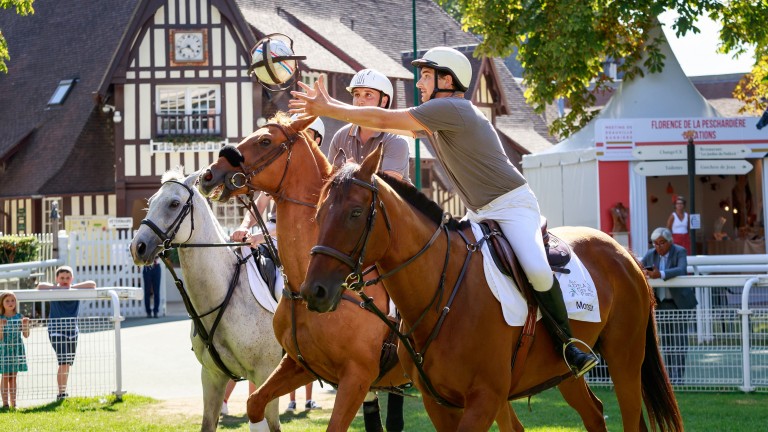 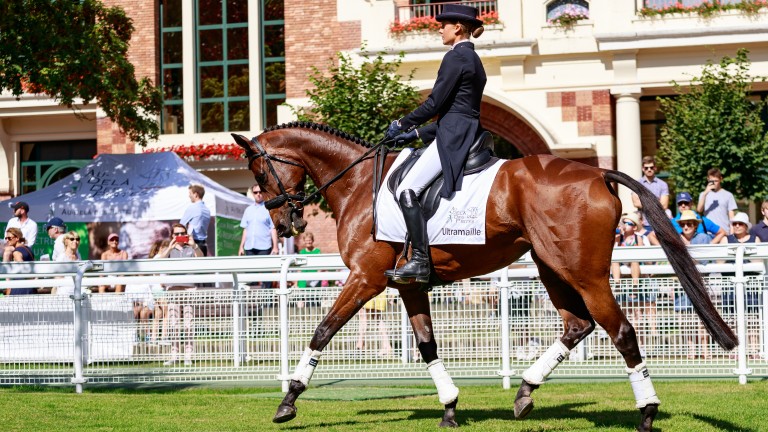 Maxime Guyon is reunited with faithful partner Solow ahead of the Au Dela Des Pistes parade of champions at Deauville
Zuzanna Lupa
1 of 3
By Scott Burton 6:04PM, AUG 25 2019

Deauville racecourse played host to the fourth annual Au Dela Des Pistes charity day on Saturday, with some of France's best-loved retired heroes joining the parade of champions and a bumper holiday crowd treated to demonstrations by a variety of retrained thoroughbreds.

ADDP or "Beyond the Tracks" has two superstar mascots in Cirrus Des Aigles and Solow, both multiple Group 1 winners and firm favourites with the crowds that remember their exploits at home and abroad. 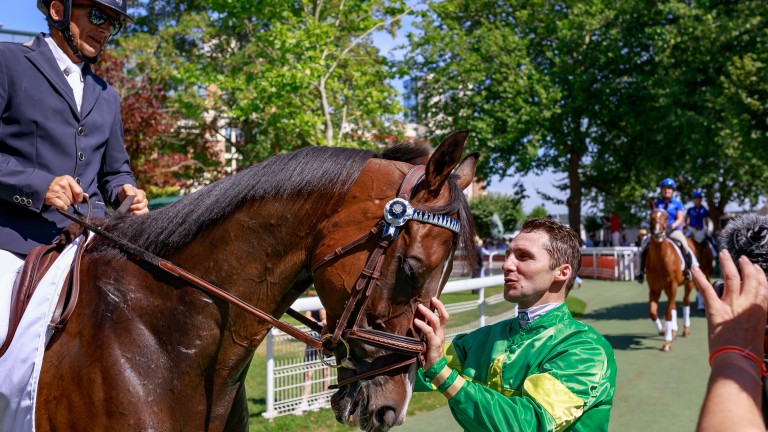 Joining them in the parade for the first time was the recently retired Signs Of Blessing, who enjoyed his finest hour at Deauville in the Group 1 Prix Maurice de Gheest and a fine ambassador for trainer Francois Rohaut through seven years of racing.

The son of Invincible Spirit has now joined Eugenie and Robert Danloux in Normandy and is to be retrained in dressage. 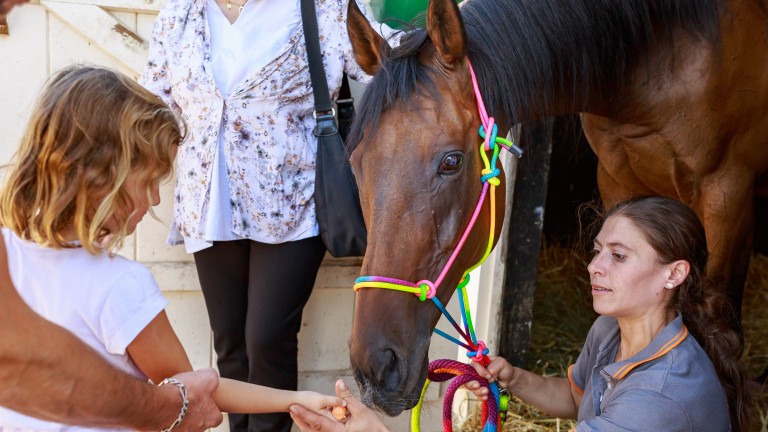 As well as the parade the public were invited to sign up for guided visits to see the former champions in the stables, while in between races there were demonstrations of a variety of equestrian disciplines featuring retrained thoroughbreds, inclusing dressage and horse ball.

FIRST PUBLISHED 6:04PM, AUG 25 2019
Joining them in the parade for the first time was the recently retired Signs Of Blessing, who enjoyed his finest hour at Deauville