Can the home team stop the raiders in next week's showpiece? 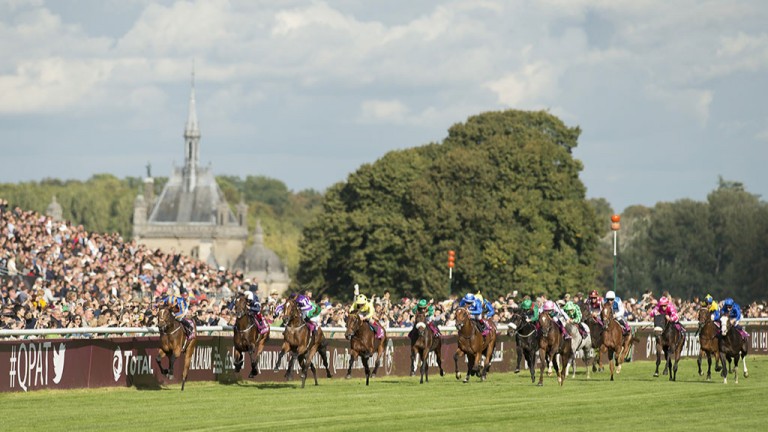 Last year’s 1-2-3 for Aidan O’Brien in the main event compounded an Arc day that the visitors dominated, with only National Defense living up to his name when securing success for the home team in the Prix Jean-Luc Lagardere.

This year the portents are not encouraging, with Brametot and Zarak the sole French-trained horses trading at below 20-1. 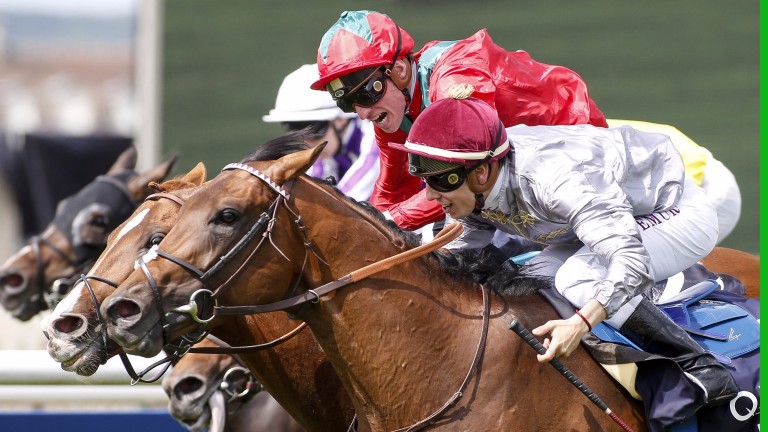 So are we looking at the inevitable ebb and flow of a cyclical industry, or have changes to the French programme – including the shortening of the Jockey Club more than a decade ago – contributed to a structural weakness at the top echelons over 1m4f?

The first questions to ask are whether there are any individual absences that have significantly weakened the French challenge and, ten days out, how does this year's crop compare to previous seasons?

Those who have fallen by the wayside

There are seven Group 1 races run at between 1m2f and 1m4f in the French season running up to the Arc, and in 2017 all but one has stayed at home.

As the table below demonstrates, with the exception of the stricken Shakeel, the colts have by and large kept their side of the bargain, while it is the fillies and mares who threaten to be absent from the home defence.

*restricted to fillies and mares 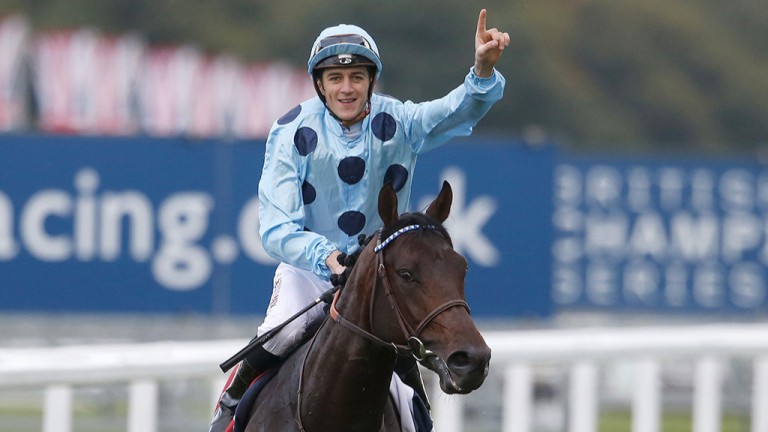 On top of the world: Christophe Soumillon celebrates Almanzor’s electric performance in the Champion Stakes at Ascot
Getty Images

The Prix de Diane heroine has been a factor in the Arc picture in six of the last nine editions, stretching back to Zarkava in 2008, and the lack of a star filly is a definite negative for French chances, given what a good recent record they have in the race.

The loss of Shakeel to a tendon injury is also a blow, though it should be said that, rightly or wrongly, his win at Saint-Cloud didn’t set the ante-post markets alight.

But undoubtedly the biggest hole in the French armoury is the retirement of Almanzor after one below-par run this year, having been favourite for the 2017 Arc almost from the moment he crossed the line in the Champion Stakes at Ascot last October. 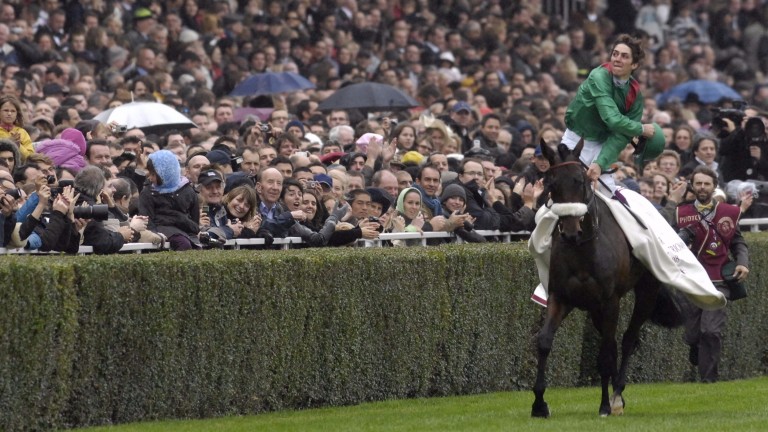 If we take the ante-post markets at this stage (ten days before the Arc) in each of the last ten years, then the favourite or joint-favourite in half of those cases was trained in France.

Zarkava (2008) and Treve (2015) were both a shade of odds-on, making them two of the four most heavily favoured horses in the period, alongside Sea The Stars (2009) and Enable this year.

Looking back just 12 months ago there were only two French-trained contenders trading at below 20-1, though in the case of La Cressonniere (5-1) and Almanzor (a best-priced 7-1 despite his trainer’s insistence he wouldn’t run), the pair were far more prominent in the betting compared to their Jean-Claude Rouget-trained stablemate Brametot, who along with the Aga Khan’s Zarak is widely available at 16-1.

What the last ten years does show is that, in an era when more and more foreign racing is visible, punters and bookmakers are beginning to come to common conclusions about the French contenders for the Arc.

In the last three years there have been only two home-trained horses in that sub 20-1 bracket, whereas there were variously three or four in the years between 2010 and 2013 and five in 2009. 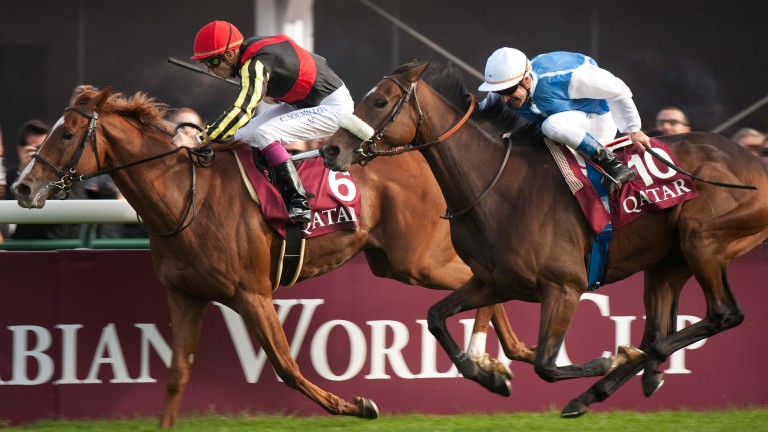 The sample is too small to be conclusive – and let’s not forget that there have been winners at 25-1 and 33-1 during the last decade –but the trend is towards the markets concentrating on fewer marquee names from France and relegating more home-grown talent to the role of unconsidered outsider.

In an attempt to determine the state of the French challenge and whether there are any long-term trends working against the home team, we spoke to four of Chantilly's most successful trainers, who between them boast seven Arc victories but who can all claim neutrality in the big race this year.

How does the Arc picture look to you at this stage?

Nicolas Clement (won the 1990 Arc with Saumarez)
We seem a little bit below where we have been in previous years but you never know, the race is at Chantilly so we’re not travelling. There's plenty of water to flow under the bridge between now and the day itself. You want to be going there with a fresh horse if you can, which is slightly against Enable, who ran through the summer. That kind of programme is never easy for a three-year-old filly. And we have Brametot to consider.

John Hammond (Suave Dancer 1991, Montjeu 1999)
I was speaking to one of the handicappers the other day and I think I’m right in saying that the English and Irish have won more Group races over here this year than for quite a long time. But Cloth Of Stars is an interesting outsider. He's a good horse and if he got a good, low draw and could sit behind the pace so he didn’t pull too much, he would hit the board.

Criquette Head-Maarek (Three Troikas 1979, Treve 2013 and 2014)
I don’t think we have the best three-year-olds in France this year compared to the English or Irish horses.

Elie Lellouche (Helissio 1996)
Apart from the Jockey Club winner Brametot – who then didn’t back up at Deauville – the British and Irish are stronger than us this year. And I think the difference is a bit more marked than in other years. There was a pretty big difference last year, with Aidan O’Brien having the first three and he has such strength in depth. But this year I think it's a case of the British being a lot stronger than in other years, rather than that we are weaker.

Are there any specific factors at play this year?

Clement The Prix de Diane was won by Senga, who doesn’t look like she would stay and so won’t be running. I don’t think there's a problem with the modern programme because you still have the Niel, the Foy and the Vermeille as prep races. It's just a slightly quiet year among the French.

Head-Maarek I don’t think the programme hinders us here, it’s just that some years the horses are not good enough. You can get a good horse ready for the Arc here, whether they are a colt or a filly.

Lellouche The programme makes life a bit harder now that the Jockey Club has been shortened. If you have a 2,400-metre [1m4f] horse you have to run the Grand Prix de Paris, but that's a hard race to have in mid-summer. It falls too late in the programme, but there isn’t really another route.

Does Chantilly favour the visitors compared to Longchamp?

Clement It could depend on the ground and it might not be too different to last year when Aidan had the first three. Cracksman won well the other day and he's a reasonably fresh horse, which for me is very important in the Arc.

Hammond There could be some truth in that. Last year when the ground was quick it favoured the horses on the lead and/or close to the rail, without a doubt. Longchamp is a slightly more testing track and you can be more positive at Chantilly on good ground.

Head-Maarek As far as Chantilly is concerned, it's just coincidence that Aidan had the 1-2-3 last year. He had the best horses and that’s all there is to it. He's a fantastic trainer and he has a great organisation in Coolmore behind him. Even if we don’t have the best three-year-olds in Europe this year, we always run the best of whatever we have in the Arc.

Lellouche Longchamp is a lot more rolling than Chantilly and an Arc run there is a totally different race. The Arc looks destined to be won by Enable on the basis of everything we’ve seen. I was so impressed with her in the King George and I think she's extraordinary.

FIRST PUBLISHED 6:00PM, SEP 20 2017
This year I think it is a case of the British being a lot stronger than in other years, rather than that we are weaker