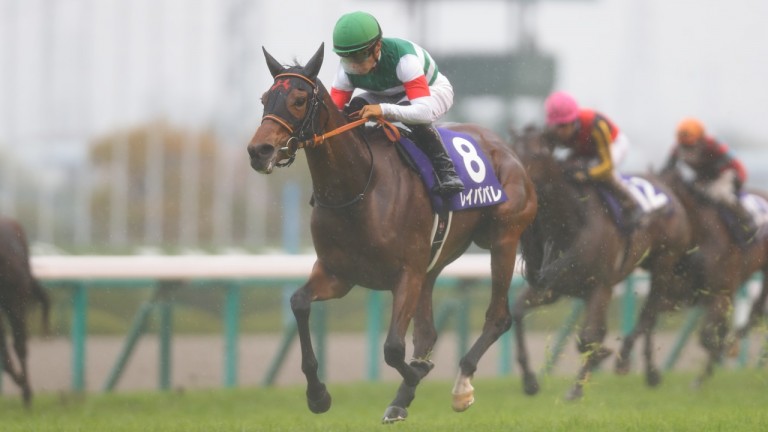 Stepping up to the top-level for the first time, the daughter of Deep Impact was making it a sixth win from as many starts, having debuted as a three-year-old last January for Tomokazu Takano.

Having won the conditions race on the same day of the Shuka Sho that Daring Tact won on the way to winning last year's fillies' Triple Crown, some had commented that she may have given the superstar filly a race that day.

Winning rider Yuga Kawada said: "I chose to lead on the yielding ground. I knew she had plenty of ability since her debut and there'll be more expected after this win."

Contrail's rider Yuichi Fukunaga said: "I settled nearer the rear than expected because of the fast pace. He didn't mind the soft ground but I made him move to the front because the ground was wet. He emptied in the final bit."

Christophe Lemaire, who partnered the fourth-placed Gran Alegria, added: "She ran a good race. It was her first race after a long break. It all went perfectly until the home bend."

FIRST PUBLISHED 10:00AM, APR 4 2021
I always believed in her outstanding talent since her debut, but it was a tough ask this time