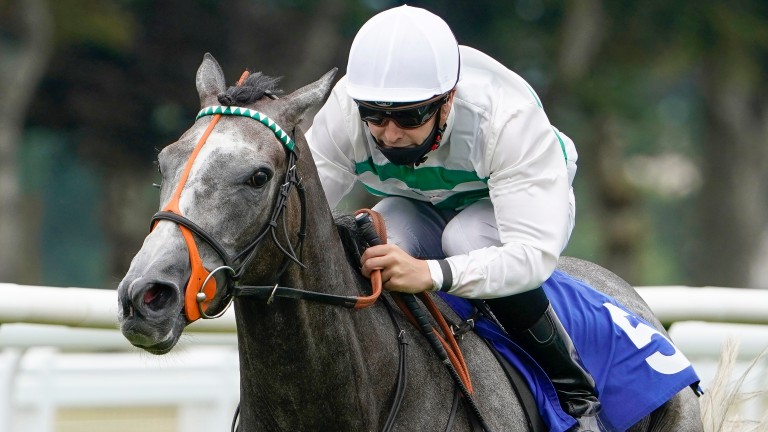 Alpinista capped a fine weekend for Sir Mark Prescott in style when winning the Preis von Europa in Cologne.

It was a second successful Group 1 raid on Germany this season with Kirsten Rausing’s four-year-old filly following her comfortable win in the Grosser Preis von Berlin at Hoppegarten last month.

On that occasion she was partnered by Luke Morris and he was in the saddle again as she clawed back front-runner Nerium in the straight.

The daughter of Frankel was driven down the centre of the track a few furlongs out but responded well for pressure to take the lead entering the final furlong.

The 11-10 favourite won by a length and a quarter from Nerium with main market rival Sisfahan, trained by Henk Grewe, back in third.

Unbeaten in four starts this season, Alpinista could bid for a first Group 1 in Britain next as she holds an entry in the Qipco British Champions Fillies & Mares Stakes at Ascot on October 16.

Bookmakers reacted to her victory in Germany by cutting her for the Champions Day contest, with Paddy Power going 8-1 (from 10) although she is as short as 5-1 in places.

Prescott was not quite unbeaten this weekend but won with four of his five runners after Alpinista’s success added to a flawless Saturday.

The master of Heath House Stables won a 7f novice contest at Chester with Mahagoni and a mile maiden at Chelmsford with juvenile Arclight, although the headline act of the treble was Summer’s Knight’s impressive five-and-a-half-length victory in the 1m6f handicap at Haydock.

Prescott and Rausing also teamed up 17 years ago to win the Preis von Europa with Albanova.

FIRST PUBLISHED 6:12PM, SEP 26 2021
Prescott was not quite unbeaten this weekend but won with four of his five runners after Alpinista’s success added to a flawless Saturday

'A wonderful character' - Collier Bay owner Wally Sturt dies aged 90 2022 Arc bid possible for Alpinista after Torquator Tasso gives major form boost Exploring the form of the 80-1 Arc winner: were the clues there all along?