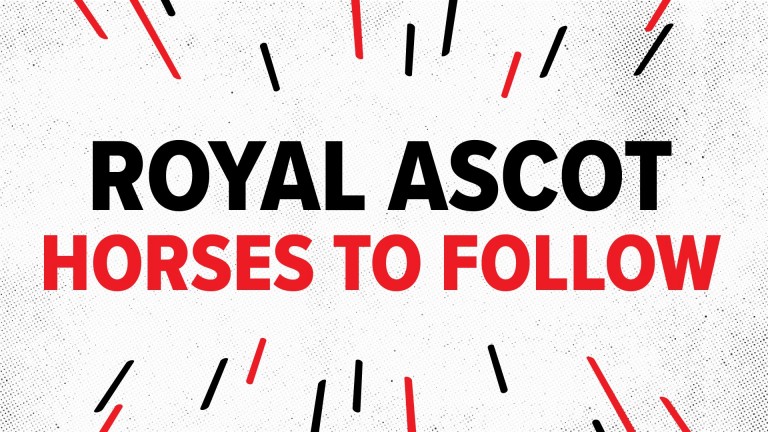 It might sound strange to say the best horse finished sixth in the Coventry, but that is exactly how I felt afterwards.

Dhabab, still very much a work in progress, was denied a clear run just when Berkshire Shadow was starting to hit top gear and you have to love the way he hit the line. He was closing hand over fist as the line loomed and looks like he is going to get better and better as the season progresses.

There is some 33-1 out there for next year's Qipco 2,000 Guineas and that might not be the worst wager in the world, even at this early stage.
David Jennings, reporter

Two stayers caught my eye on the opening day, but this gelding is the most unexposed so he gets the vote ahead of Dubious Affair.

The son of Golden Horn pulled Frankie Dettori's arms out for the first couple of furlongs in the 2m4f Ascot Stakes, so his fourth-placed finish can be upgraded considerably.

He has now proved he stays marathon trips and I'd expect him to hold a strong hand in all of the top handicaps over staying distances, especially if he learns to settle.

A race like the Cesarewitch should suit him down to the ground, but keep an eye on him for the Northumberland Plate before that – 16-1 is a very fair price.
Maddy Playle, RPTV

One of the pleasures of being onsite for Royal Ascot is getting the chance to see the juveniles in the paddock before the big races throughout the week. 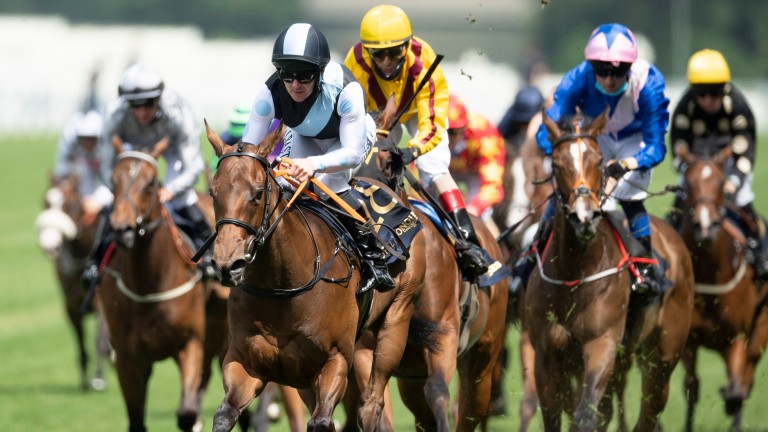 Unsurprisingly, the US horses stood head and shoulders above their contemporaries but one who really caught my eye before the Queen Mary was Cheerupsleepyjean, an attractive filly who moved well and had scope to go on and perform beyond this week.

She backed that up with an excellent performance to be third and in the hands of trainer Fozzy Stack, she is likely to continue to make her presence felt in good races this season.
Peter Scargill, reporter

Controversial he may have been but talented he certainly is – look out for Stowell wherever he goes next.

The rights and wrongs of his debut second to an odds-on stablemate at Lingfield may turn out to be just a footnote in the career of a smart stayer.

Having won a three-runner maiden at Ascot next time, he was one of the least experienced contenders for the Queen's Vase yet ran a blinding race, keeping on really well for third in a contest that favoured those ridden closer to the pace than he was and hinting at better still to come.

Five-time St Leger winner John Gosden knows just how to get the best out of a three-year-old staying colt and has another decent prospect on his hands.
David Carr, reporter

Cadamosto is seemingly a picky eater, having been a non-runner three times due to being off his feed, but he appears to have an appetite for racing and showed enough in the Norfolk Stakes to merit future consideration.

The fact the son of No Nay Never had also been a non-runner on three other occasions, once due to a temperature, further suggests Aidan O'Brien and his Ballydoyle team did not enjoy a straightforward journey to Royal Ascot with the colt.

That being the case, they will hopefully have been encouraged by his performance, the most pleasing part of which was the turn of foot he showed between the two and one poles. His effort then slightly flattened out but a good impression had already been made. He looks the type to progress and win decent races.
Lee Mottershead, reporter

Aggressive campaigning has not hindered the progress of Snapraeterea, who did remarkably well to finish as close as he did when fourth in the Hampton Court given the circumstances.

The Joseph O'Brien-trained colt was making his fifth start in less than six weeks but registered a career best Racing Post Rating of 105 despite running freely after being lit up for much of the race.

He finished best of those ridden prominently behind Mohaafeth and proved the 1m2f trip was well within his grasp. Providing he settles better, he has what it takes to strike at Group level later this season.
Robbie Wilders, tipster

Jim Crowley made an early decision to get as close to the rail as he could from an unhelpful wide draw but he was still three deep the entire way round, before having to launch his challenge down the middle of the track.

Eshaada had won her previous two starts by outstaying her rivals over shorter trips but at this mile and a half, she showed a real turn of foot and only failed by three quarters of a length to reel in Loving Dream. 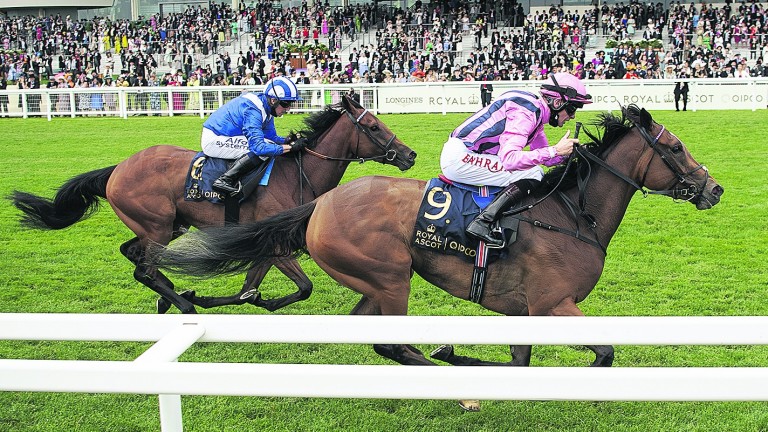 Snowfall might be a very tough nut to crack in the Irish Oaks but the Curragh would suit this long-striding daughter of Muhaarar, while the Prix Vermeille might be a race worth considering for Roger Varian and the Shadwell team.
Scott Burton, reporter

He won the King Edward VII with plenty in hand and looks just the sort of lightly-raced three-year-old who will improve further throughout the campaign.

The manner in which he tanked through the race and then quickly settled matters inside the final furlong suggests he is not short of speed.

Alenquer also gives the distinct impression he will get further and the St Leger in September could be the perfect race for him.
Richard Birch, tipster

This colt never showed up in the Lockinge last month, but he put in a much better display back on a quicker surface in Tuesday’s Queen Anne when second to Palace Pier.

That run proves he must have fast ground. He travelled beautifully throughout on a course that was stiff enough for him and, given his yard haven't been in the best of form this week, I'd say there's more to come on a sharper track.

He was unlucky not to win the Breeders' Cup Mile last year and can make amends next time.
James Hill, tipster

Dubai Honour went into the notebook when a slightly unlucky fourth at York last October and again gave the impression he's on a fair mark on his first start since when fourth in Thursday's Britannia Stakes.

Running for the first time since being gelded and fitted with a first-time tongue-tie, he came from a fair way back to lead home the runners on the far side, only beaten two and half lengths by the winner on the opposite side.

He should be sharper for the run, is versatile when it come to the ground and looks capable of winning a big prize over a mile this season.
Lewis Porteous, reporter

FIRST PUBLISHED 7:00AM, JUN 20 2021
The manner in which he tanked through the race and then quickly settled matters inside the final furlong suggests he is not short of speed