'What the hell happened to him?' - the tale of Might Bite's unbelievable RSA win 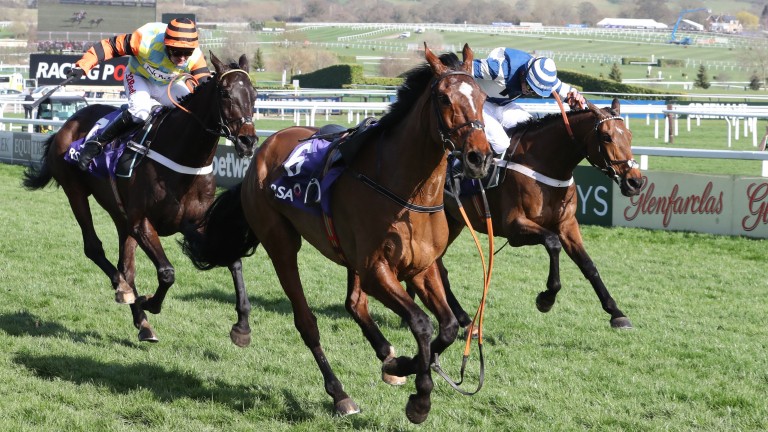 In a new series by the Racing Post, we take a look back at some of the wackiest races ever run, starting with the day at the 2017 Cheltenham Festival when the now-retired Might Bite, one of racing's most colourful characters, won the RSA Chase in the most ridiculous fashion . . .

The Nicky Henderson-trained Might Bite was not your average superstar. For all his supreme talent on the track, he had his quirks. After a promising hurdling campaign, which included a victory at Cheltenham where he idled and veered right after the last before running on again to lead near the line – more of that later – he flourished over fences and announced himself as a top-class chaser when 18 lengths clear in the Kauto Star Novices' Chase at Kempton on Boxing Day 2016. That was until the final fence.

He did not pick up on Daryl Jacob's command and was left sprawling on the turf, much to the dismay of a shocked crowd. 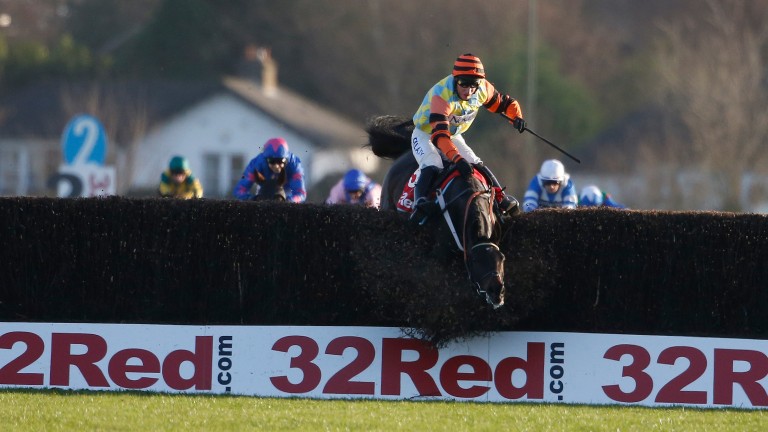 Nevertheless, he was sent off 7-2 favourite to make amends on jump racing's biggest stage in a field which included quality performers Bellshill, Whisper and Acapella Bourgeois.

What happened next though, had never been witnessed in Cheltenham Festival history . . .

Nico de Boinville set out with a simple plan to make the running on Might Bite and gallop his rivals into submission. After two and a half circuits all was going to plan.

Having dictated matters with some exquisite leaps, De Boinville and Might Bite had matters under control and were out on their own four fences from home. Even at the second-last Might Bite was 12 lengths clear of stablemate Whisper.

All that stood in his way was negotiating the final fence successfully, and then the Cheltenham hill.

There was no indication of what was about to unfold as Might Bite approached the last, where he put in awkward jump. It was as De Boinville gathered him up on landing when the drama began. After giving him a couple of cracks with the whip Might Bite began to drift markedly right towards the grandstand, going more sideways than forwards, seemingly heading for the chute which leads the horses back to the parade ring.

He had hung so badly that he had thrown away his huge advantage and Whisper, running as straight as a die, had hit the front 130 yards from home.

It was at this point that Might Bite miraculously started to run in a straight line again.

Having been more than a length down on Whisper, De Boinville threw everything at Might Bite, who got up in the final stride with a last-gasp, near-impossible victory.

The official winning distance was a nose, but the nature of the victory was far greater for the sport. To win in such a manner was too ridiculous to be true.

We always knew he was a very good jumper at his best and I was having a lovely time from fence to fence. It all seemed to be going to plan and we were in a really nice rhythm and enjoying ourselves.

I wasn't aware we were so far ahead, but little did I know what was to come.

He knew exactly where the entrance was so he could go home. He had done it previously in his career, but I did not think he would ever do it again – I thought he had matured.

There was a good bit of swearing going on! But there's not a lot I could have done. The only thing that got him back on track was seeing Whisper, he quickened from near enough being at a standstill to going flat out again all the way to the line.

I was staggered how he managed to go from nought to 60 in no time. I didn't have a clue who got up in the photo, but I was amazed he managed to get back up because I thought we were finished.

I was quite glad to not be watching in the stands! It sums up the joys of racing, from thinking all is lost to winning such a prestigious prize.

In absolutely no way did I think he'd win. If he hadn't got up and then put Cheltenham and Kempton together, he'd be the unluckiest horse in training. It would have been a ghastly experience.

He was a Marmite horse and on the Cheltenham preview circuit people were calling him a flat-track bully, but we knew we had something pretty special on our hands.

Ten of us owned him and we were all watching in different places. I was up on the owners' ledge in the Princess Royal Stand when it happened, and I just turned away in disbelief. 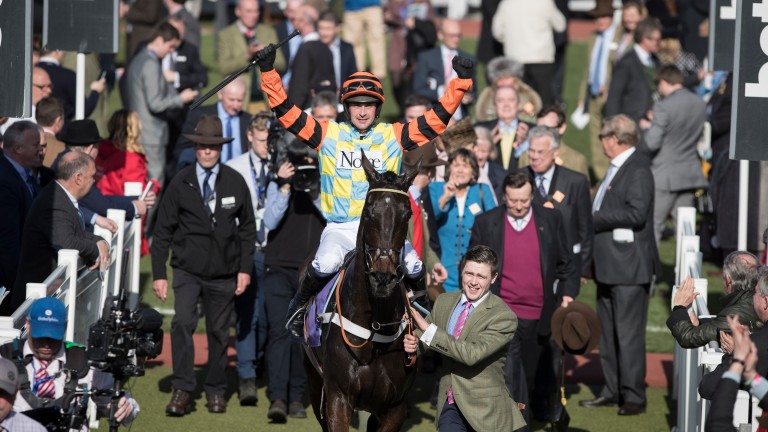 Might Bite and Nico de Boinville return to the winner's enclosure after the 2017 RSA Chase
Patrick McCann (racingpost.com/photos)

I walked round the corner into the owners' and trainers' section where they had TV projectors on the wall. I looked up and they were showing a replay of the finish. Might Bite was in it and I thought 'what the hell happened to him? Why is he there?'

It wasn't until I got to the bottom of the steps that they announced the result. I could not understand what had happened, I was absolutely staggered. What were the chances of him turning up at exactly the right point?

For all the bad luck we had had, it was extraordinary. We thought that would be our only chance to win a Grade 1, so there was a huge sense of salvation and redemption.

The King George VI Chase victory put him in the pantheon of chasers, but the RSA Chase felt like the special one.

For all his quirks, Might Bite went on to become one of the greatest chasers of his generation, winning the Grade 1 Mildmay Novices' Chase at Aintree, before landing the King George VI Chase in December 2017 and the Betway Bowl four and a half months later. 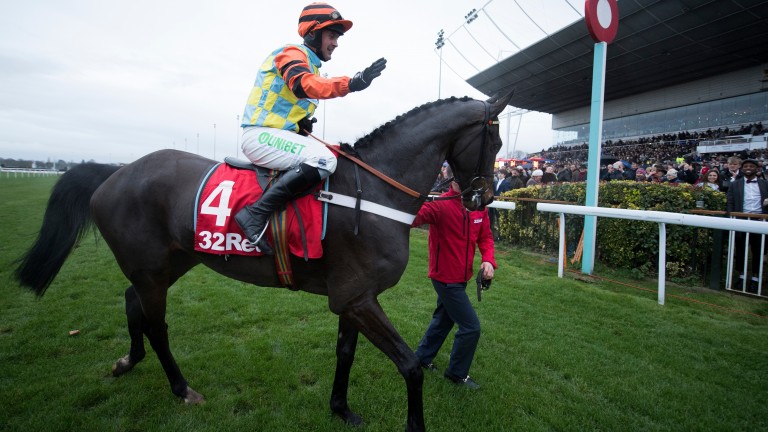 He also finished a gallant second to Native River in the 2018 Cheltenham Gold Cup in a classic war of attrition between two warrior chasers.

Now aged 12, he is enjoying a happy retirement waiting to go out into the hunting fields.

Secretariat: 'He was something else - I'm still waiting to see one as good' How Jeffrey Bernard left Victor Chandler mortified in front of the Queen Mother The day the Queen Mother stood closer than planned to a fractious horse 'I was dreading every step, every stride, and always thinking the worst' Lady Bowthorpe: 'Even on Newmarket Heath, people know who she is' 'It was a split-second reaction' - Al Boum Photo stuns everyone at Punchestown