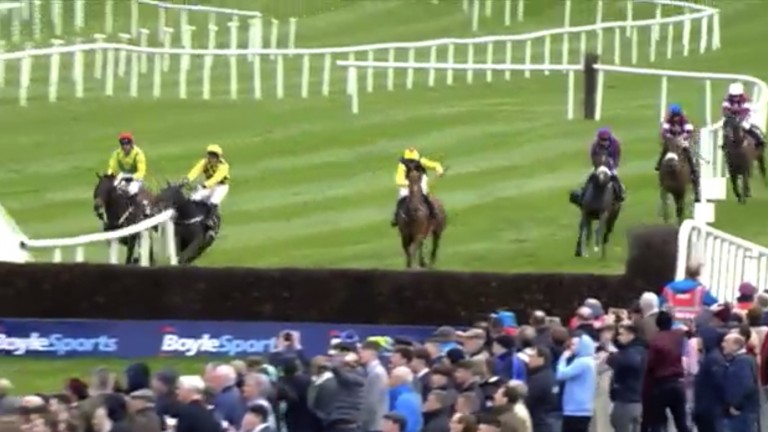 Here, we take a look at some of the wackiest races ever run, this time remembering the Al Boum Photo incident at the 2018 Punchestown festival.

A product of Emmanuel Clayeux's academy in France, Al Boum Photo moved to Ireland, joined the powerful yard of Willie Mullins and quickly established himself as a useful performer by winning a Grade 2 novice hurdle.

He developed into a top-class sort over fences, as evidenced by his impressive victory in the Grade 1 Ryanair Gold Cup at Fairyhouse's Irish Grand National meeting in the 2017-18 season.

However, he had already played a hand in a fair share of drama that season, falling when looking like the winner of a valuable novice chase at Limerick over Christmas while also meeting the same fate at the Cheltenham Festival – a tumble that would rule the luckless Ruby Walsh out for the rest of the season with a second broken leg of the campaign.

Nobody, however, would have expected the drama to have gone where it did.

A high-class field of 11 went to post for the Grade 1 Growise Champion Novice Chase on the first day of the Punchestown festival in April 2018.

Sent off the most fancied of the Mullins-trained trio at 11-2 under now stable jockey Paul Townend, Al Boum Photo cruised into contention at the second-last fence where the favourite Monalee fell and also took out the top trainer's Invitation Only.

Al Boum Photo and Townend were left in the lead and only needed to jump the final fence and gallop clear for a big-race victory.

Townend and Al Boum Photo charged towards the final fence clear of Finian's Oscar, who had been left in second following the previous incident at the last fence, but the jockey stood up in the saddle, took a look behind him having seemingly heard a shout from a fellow rider and began to steer Al Boum Photo around the obstacle. 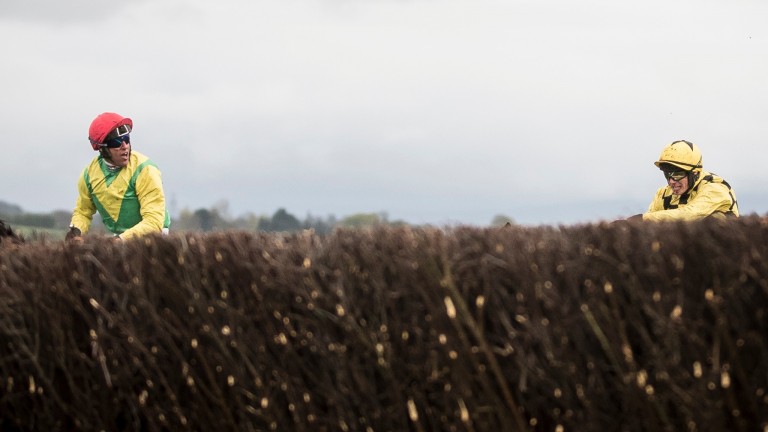 There were no official markings or guidance to avoid the fence and before Townend could pull his mount back they had veered too far right and crashed through the rails, taking out Finian's Oscar and Robbie Power, much to the shock of the crowd. 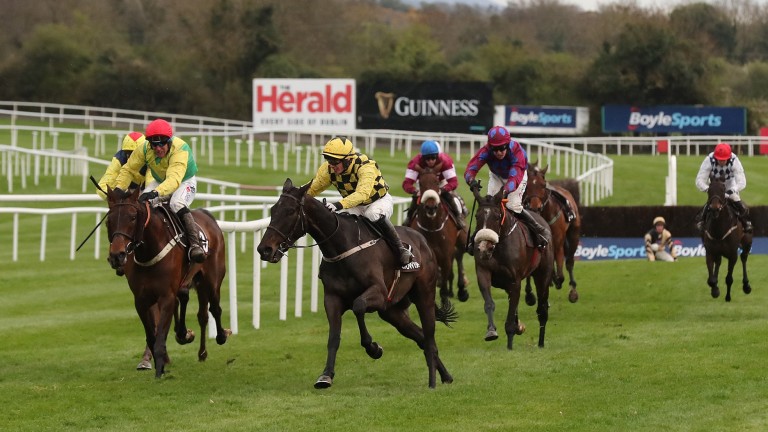 That left The Storyteller, who was a well-held third at the time, to jump the last and record a wide-margin – and unlikely – victory in a race that was filled with drama, the like of which has rarely been seen before in such company. 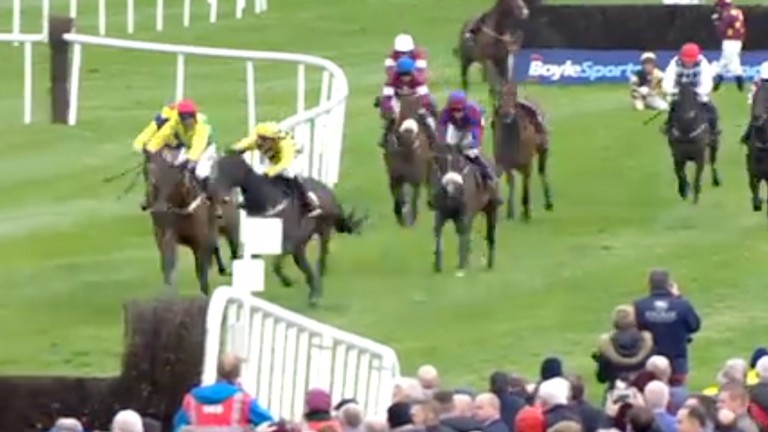 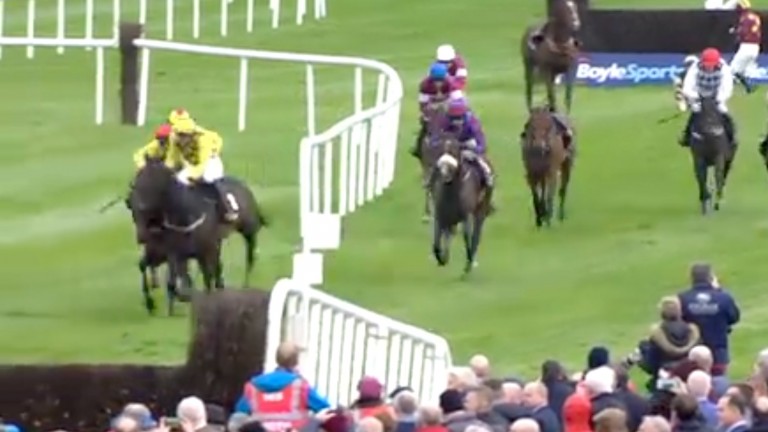 Townend heads right on the leader, believing he heard the final fence was to be bypassed 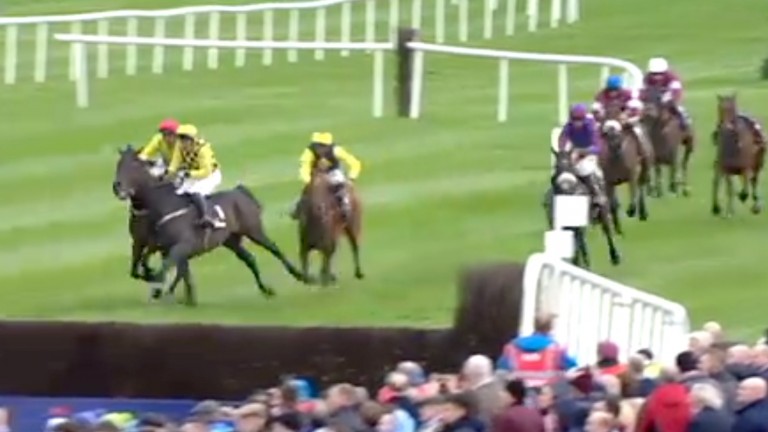 Townend realises his error and tries to correct himself, but is running out of time and space 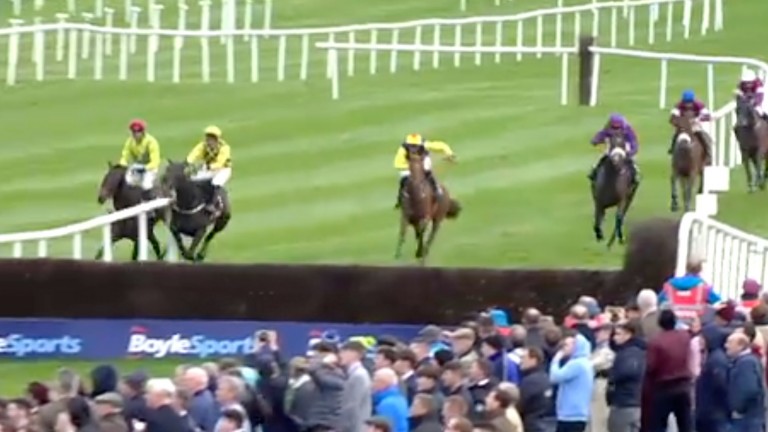 Al Boum Photo heads the wrong side of the rail, the leader also taking out Finian's Oscar 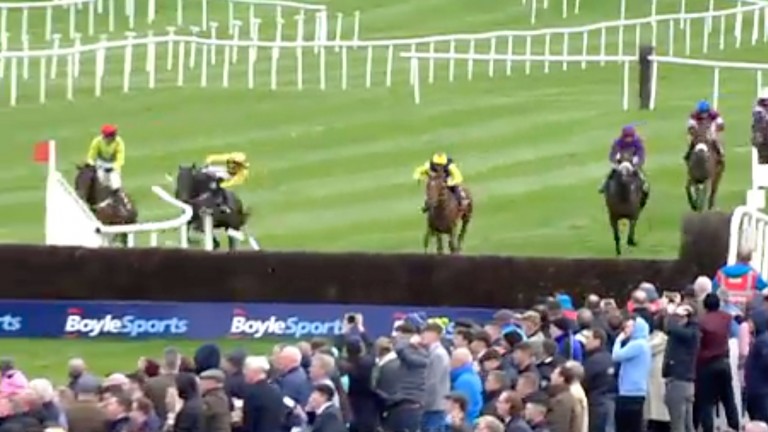 Al Boum Photo crashes through the rail and unseats Townend, with The Storyteller clear 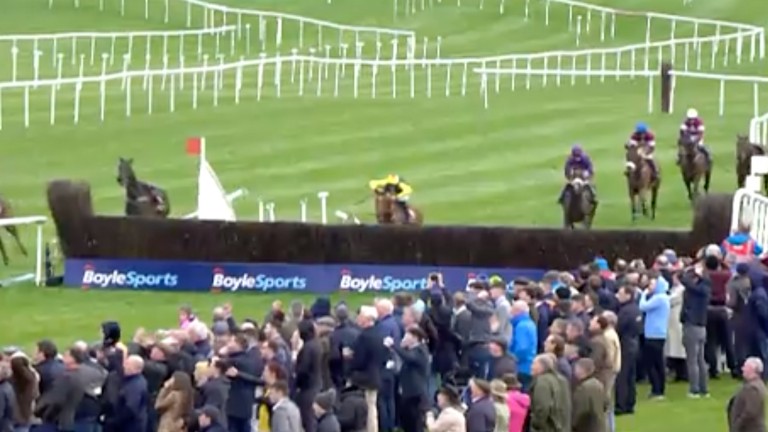 Held up, took closer order 4 out on outer, good progress after next, disputing when left in lead 2 out, rider elected to go around final fence and ran out before last (jockey said, regarding interference to Finian's Oscar, that he was riding with his head down and heard roaring to his left and thought he had to bypass fence but didn't know which side to do so and panicked; he then realised there was nothing on the fence to indicate to bypass and tried to correct actions but was too late; jockey said he made a genuine mistake)

Jockey Paul Townend, speaking to the Racing Post the day after
I thought I heard a shout and that the last fence was being bypassed. It was a split-second reaction. I wish to apologise to connections and to punters. I'd like to leave this behind me and move on.

Trainer Willie Mullins, speaking to the Racing Post the day after
It was most unfortunate, but these things happen in sport. Nobody died. We'll put it behind us now and move on.

Thankfully, that was all the negative drama Townend and Mullins have had to endure since with Al Boum Photo, with the four-time champion jockey going on to win two Grade 1s at the 2018 Punchestown festival and a brace of top-class handicaps. 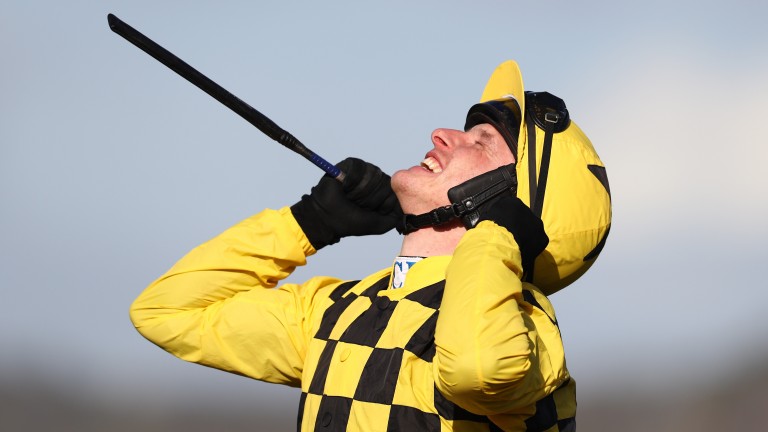 It would be the next season and the one after when the trio would avenge the disaster as the Joe and Marie Donnelly-owned star went on to win the 2019 and 2020 Cheltenham Gold Cup, becoming the first horse since Best Mate to win back-to-back editions of the race.

He could not emulate that superstar when third behind Minella Indo in his quest for the historic hat-trick this year, but remains a leading player in the staying chase division.

FIRST PUBLISHED 9:30AM, SEP 17 2021
It was most unfortunate, but these things happen in sport. Nobody died. We'll put it behind us now and move on