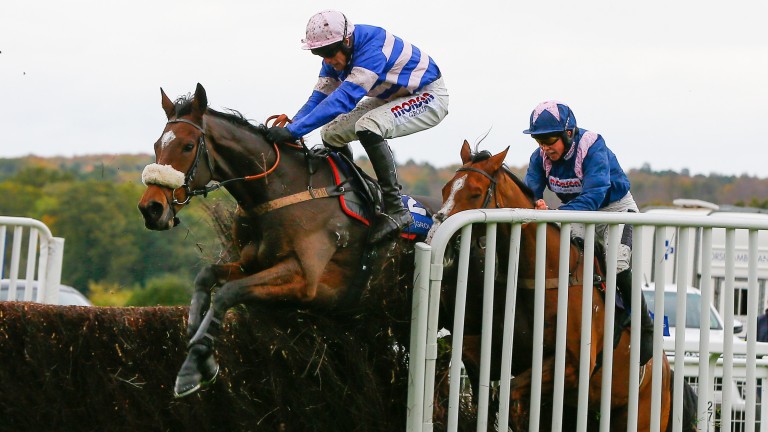 Diego Du Charmil jumps the last in a dramatic race at Ascot, but badly impedes Capeland
Mark Cranham (racingpost.com/photos)
1 of 1
By James Stevens 9:30AM, JUL 2 2021

In a new series by the Racing Post, we take a look back at some of the wackiest races ever run, this time remembering a bizarre finish to a big Saturday race at Ascot won by Diego Du Charmil . . .

Diego Du Charmil joined Paul Nicholls with a big reputation and won the Fred Winter on his first start for the stable in 2016. He would go on to win a Grade 1 over fences before dropping back to big handicap chases and the first of those runs was certainly the most memorable.

Capeland was a talented novice chaser who had won four chases and looked a progressive second-season handicapper for big Saturday races.

Trainer Paul Nicholls would have been smiling as his two runners loomed up dangerously on the turn for home in the valuable 2m1f Byrne Group Handicap Chase at Ascot on November 2, 2019.

Diego Du Charmil breezed into the lead under Lorcan Williams while a hard-ridden Capeland was making ground. At this point, it was between the Nicholls pair.

They jumped the first in the home straight fluently, their advantage extending with each stride. But, following the path of a loose horse approaching the last, Diego Du Charmil violently to his left and into the path of Capeland.

Bryony Frost, on Capeland, slammed on the brakes but the pair would crash through the gap between the plastic rail and the fence, coming to a virtual halt and losing all chance of victory. 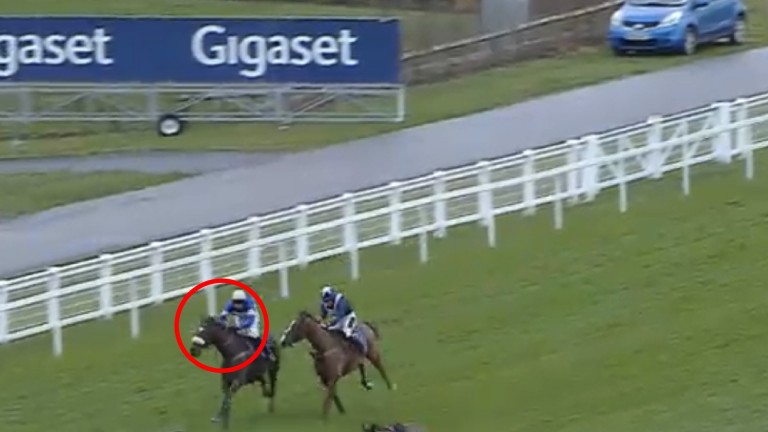 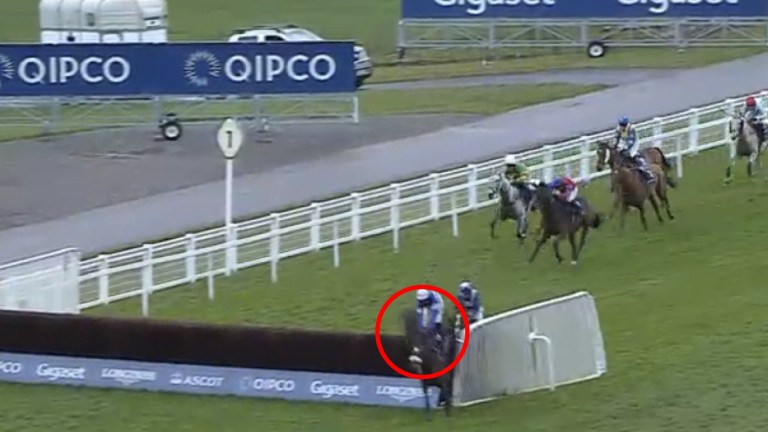 Diego Du Charmil keeps drifting left, and Capeland has nowhere to go at the final fence 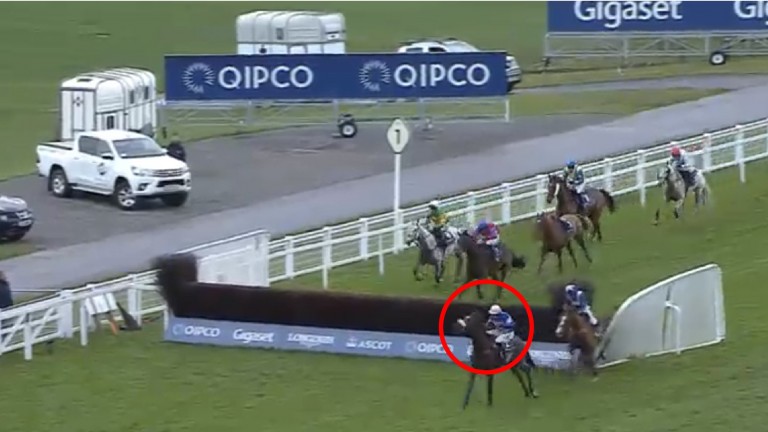 Diego Du Charmil just about jumps the fence, but Capeland is sandwiched between the fence and plastic rail

Diego Du Charmil did manage to clear the obstacle, but his momentum was gone and his lead severely diminished as Jonathan Burke on Clondaw Castle and Richie McLernon on Champagne At Tara sensed the chance of an unlikely victory.

But Diego Du Charmil somehow rallied and was able to snatch victory by half a length. Commentator Ian Bartlett summed up the bizarre finale as he said: "Diego Du Charmil", before letting out a gasp of shock, "well that's some way to win a race".

The stewards deemed Diego Du Charmil had jumped the final fence and he was confirmed as the winner, but poor Capeland was disqualified from fifth.

Held up in mid-division, headway 8th, led approaching 2 out, ridden and strongly challenged when went to run out last and crashed into fence/wing, narrowly headed final 140yds, rallied to regain lead towards finish

It was a great feeling turning in at Ascot with a lot underneath me then, all of a sudden, I was causing carnage. The loose horse carried me out but I should've probably had my whip in my left hand, which was annoying. We've all been guilty of it and I learned from my mistake that day. I know Bryony went through the wing but my horse had left the ground and I remember feeling the birch going through my legs.

My instinct was I hadn't done anything wrong [to get disqualified] – I'd ridden a horse before who'd jumped so badly left he'd jump through the high part of the fence. I remember him then pricking his ears so I was thinking he had a bit of energy left. I didn't know where everyone else was at the time but I knew I had a hefty lead coming down to the last.

Credit to the horse to win it. Diego is an amazing animal, he's a legend and such a great ride. It's a shame that happened, it was my biggest winner to that day and I enjoyed myself so much for 95 per cent of it and unfortunately that happened. I won't forget about it!

Some 21 days later it was Diego Du Charmil v Capeland over the same course and distance again. On the turn for home it was set up almost identically, the Nicholls pair well clear with Diego Du Charmil on the stands' side.

But Capeland would have his day this time. There were anxious moments approaching the last but, unimpeded this time, he produced a slick jump and pressed on to win by 12 lengths.

FIRST PUBLISHED 9:30AM, JUL 2 2021
I saw Bryony go through the wing but my horse had left the ground and I remember feeling the birch going through my legs

The day the Queen Mother stood closer than planned to a fractious horse 'I was dreading every step, every stride, and always thinking the worst' Lady Bowthorpe: 'Even on Newmarket Heath, people know who she is' 'It was a split-second reaction' - Al Boum Photo stuns everyone at Punchestown Bollin Eric: 'He just had natural ability - he could do anything' 'I'm sure you'll see a better Gordon' - what does the future hold for Elliott?