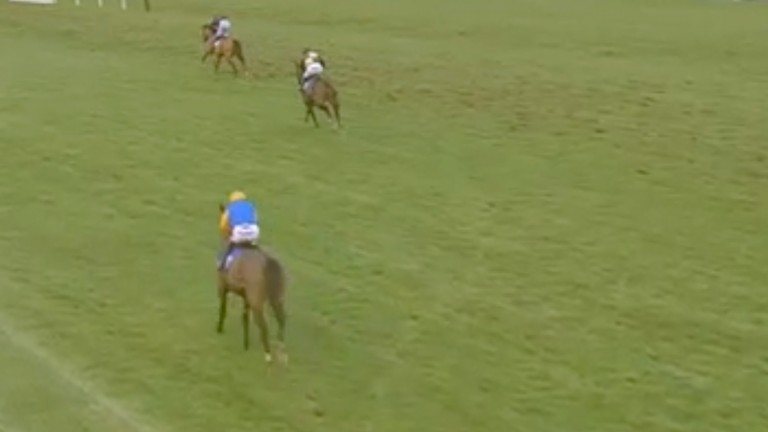 After stopping to a trot, See The World is adrift and seemingly well beaten
1 of 1
By Catherine Macrae UPDATED 5:37PM, AUG 27 2021

In a new series by the Racing Post, we take a look back at some of the wackiest races ever run, this time reliving See The World's remarkable Wincanton debut.

See The World was a homebred son of Kayf Tara for owners Nicky Turner, Penny Tozer and Lottie Schicht, who started his career with Emma Lavelle.

On Thursday, January 29, 2015, the four-year-old See The World began his career in a bumper at Wincanton.

Jockey Aidan Coleman and Lavelle had already struck in the opening race of the meeting and were out to land a double in the Wincanton bumper, with 12 runners set to slog through heavy ground. Over half the field were debutants like See The World, who was sent off at 7-1 for the 1m7½f test.

Favourite He's A Charmer made the early running before See The World and the Colin Tizzard-trained East Hill broke away from the pack down the far side of the course.

However as the field closed up around the home bend, Coleman pushed See The World to take up the running, pulling out a four-length lead.

As See The World came around the final bend in front he hung markedly to the left, slowing quickly and seemingly looking like he was going to be pulled up.

It appeared to all watching that See The World was throwing away a chance at victory and his in-running odds drifted to the Betfair in-running maximum of 999-1. 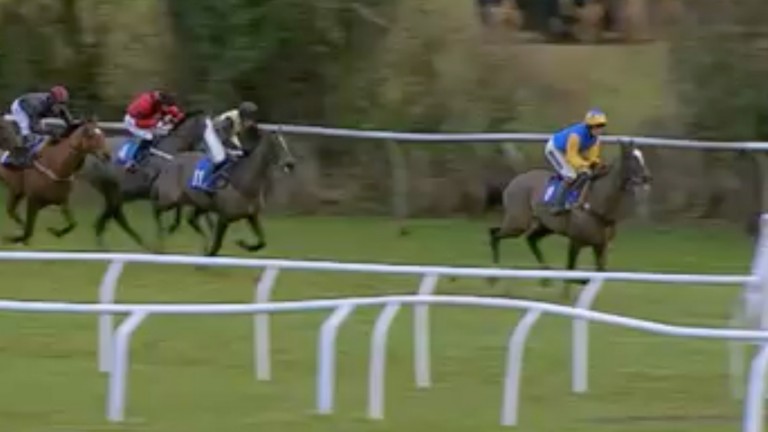 As the field approach the final bend, See The World and Aidan Coleman hold a nice advantage in front 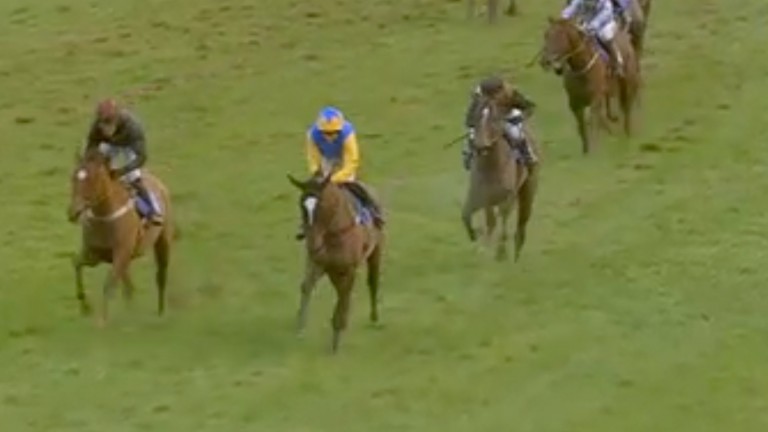 But in the home straight, See The World starts to slow down 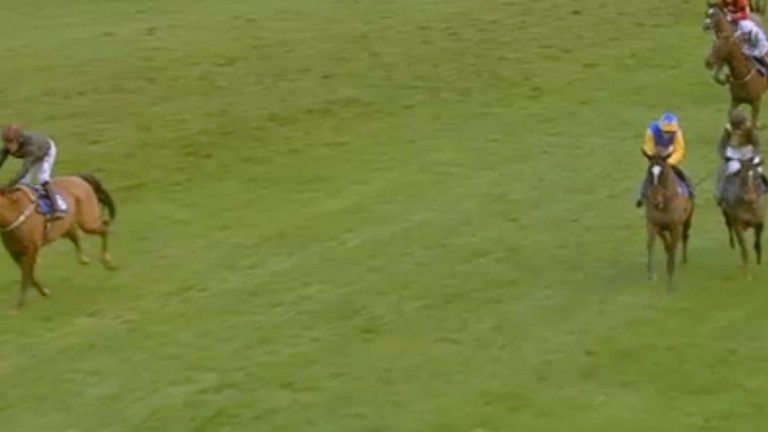 As well as slowing down, See The World hangs left, impeding Act Now

After stopping to a trot, See The World is adrift and seemingly well beaten 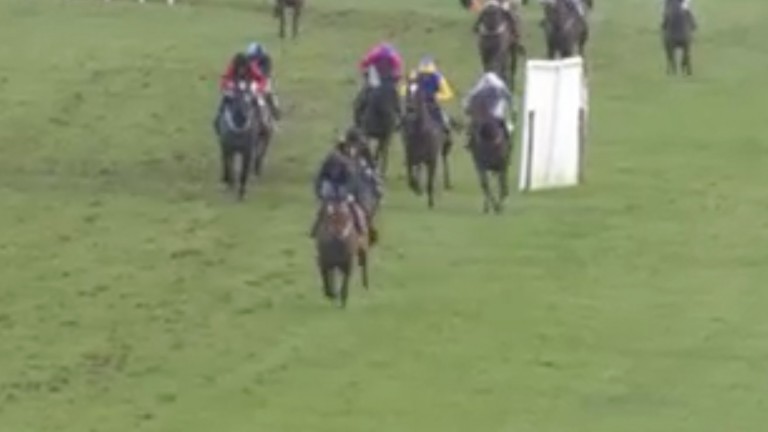 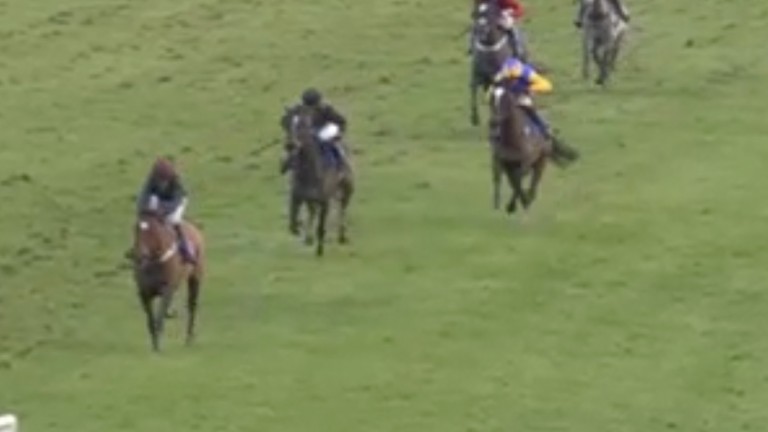 However, a galvanised See The World bears down on the leaders 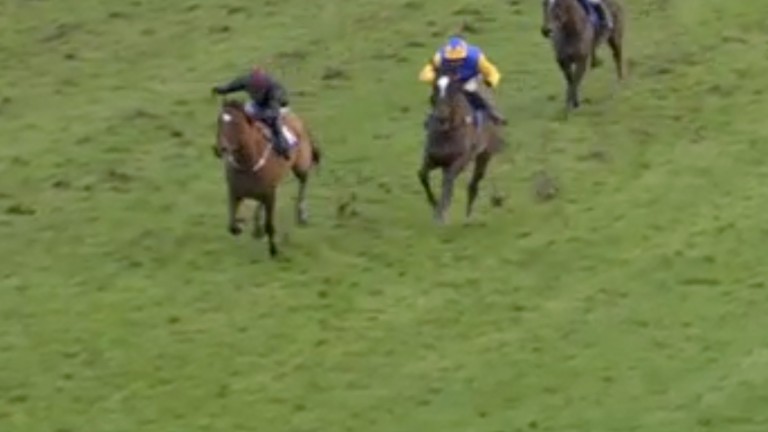 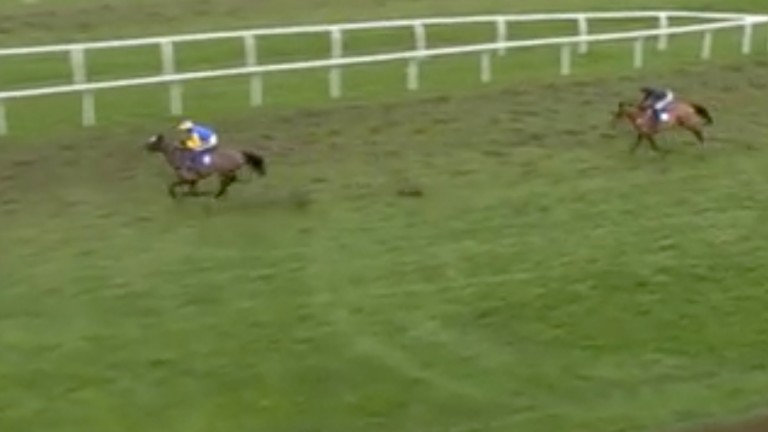 Now back in front, Coleman is able to ease down after an incredible turnaround

As he slowed down, rival Act Now was forced to slalom round into second while Lincoln County and AP McCoy snuck through to take up an easy lead.

"That is the end of that," Racing UK commentator David Fitzgerald said of See The World as focus switched to new leader Lincoln County.

Coleman, who had sat quietly allowing See The World to right himself, suddenly appeared back on TV screens, entering the frame and flying back into the centre of the racecourse. He rejoined the field in fifth, some 15 lengths behind Lincoln County.

See The World and Coleman began to rally impressively, storming home in the final two furlongs to first catch Act Now and then reel in Lincoln County. Passing McCoy, Coleman was able to ease down for an unlikely four-and-a-half-length win.

Disputed lead until clear leader over 4f out, hung badly left and off course when headed over 2f out, dropped to 15 lengths 5th, ridden when straightened up 2f out, went 2nd 1f out, strong run to lead final 100yds, eased when in command

Emma Lavelle, trainer
He'd shown plenty at home, so we thought he would go and run in a nice bumper. We were a little concerned because the rain had been just coming down and it was incredibly soft ground, but we thought since it was his first race we'd just let him take his chance and see what happens.

He'd never shown any signs of anything odd at home, he had always been pretty straightforward. Everything was just going nicely in the race and then for no reason at all he suddenly just didn't come round the bend. He just kept veering off more and more left, and I thought, 'Oh my God, something’s gone wrong'. I couldn't believe it, I thought he wasn't going to stay on the course and Aidan brought him back pretty much to a trot and the whole field came past him.

Somehow Aidan got him back inside the wing, back into a canter, and I thought he might actually be placed. I was watching it with his owners, and we all suddenly realised he wasn't just going to be placed, he was going to win. 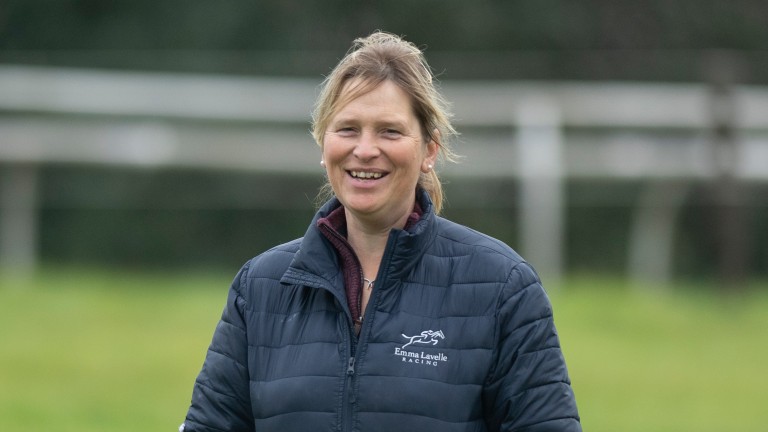 Trainer Emma Lavelle: "It was one of those races you certainly wouldn't forget watching"
Edward Whitaker (racingpost.com/photos)

It was extraordinary, just the most extraordinary thing how it happened and still a mystery why. Aidan didn't know what happened. He had two hands on one rein and just couldn't get See The World to come round the bend. The track opens up round there and I think he didn't know which way to go and thought he would just plough on. He just ploughed on the wrong way. It was one of those races you certainly wouldn't forget watching.

We just had that surprised laughter – we had no idea how it had happened. Afterwards lots of people wanted to buy him, but his owners were so proud of what he had achieved.

See The World was considered for the Champion Bumper at Cheltenham Festival following his dazzling debut, but unfortunately his Wincanton display would be the only success of his career.

He would go on to race five more times, first over hurdles and twice over fences, but was plagued with bleeding issues and was retired after being pulled up at Southwell in June 2017. See The World went on to be rehomed and now enjoys his retirement at grass.

FIRST PUBLISHED 9:30AM, AUG 27 2021
We just had that surprised laughter – we had no idea how it had happened

Now is the perfect time to get on classy type at 16-1 for the Albert Bartlett Kelly Morgan back in form after brief hiatus from the sport Harry Findlay: 'It was, and always will be, the easiest £33,000 I've ever won' 'Hard to see Kempton winner Mister Fisher threatening Allaho in Ryanair' From Kempton to Warwick, the big-race front-runners just kept on keeping on Peter Scudamore: 'I'd have loved to continue riding but we weren't earning'