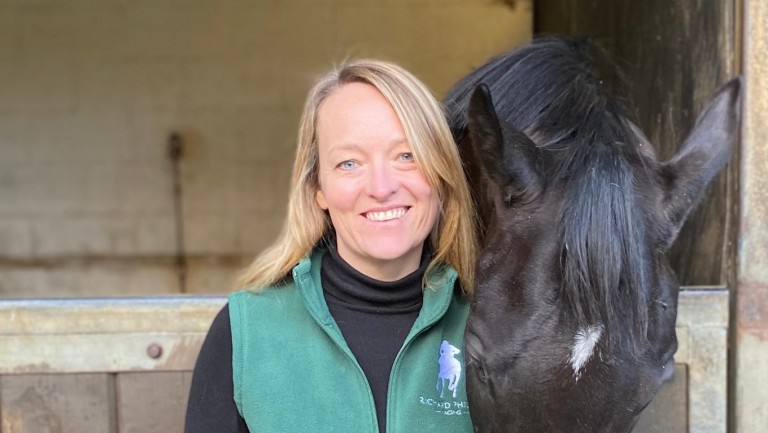 Nominations for the 2021 Godolphin Stud and Stable Staff Awards close on November 9 and after being conducted virtually last year, the 18th annual ceremony will be presented in person in London on February 21.

There are six categories and we spoke to one of last year's winners, Joline Saunders, about what it meant to win the 2021 Dedication Award for her role as racing secretary/office manager at Richard Phillips Racing.

Nomination forms can be found here

Who nominated you and how did that make you feel?

I was nominated by one of our owners whose also our yard sponsor, Sue Harvey. She was here on my very first day at Phillips Racing 20 years ago, so we've become good friends as well.

I’d been nominated a few times before and reached the final three in 2007, so I thought there was no point in it happening again, so when I found out I had been nominated I was surprised and secretly very pleased.

And how did it feel to win?

Then I won and I can’t tell you how surprised I was. I really did not expect it at all, I didn’t know whether to laugh or cry and I just didn’t know what to say.

What sort of impact did your winning have on the yard as a whole?

In the end three of us reached the final and two of us won [Richard Phillips won the Community Award]. On the night, we Zoomed in to the ceremony, so I’d seen it at home then came down to the yard, where we all had a glass of champagne. Everyone was celebrating, it was crazy!

We're a small team, everyone's really tight-knit here, so a win for any of us was a win for all of us. We had so many messages from our owners and people were so emotional, which caught me off guard.

How has winning affected you in your work since?

It’s great to feel valued and recognised in that way. In my role, in the office in a small yard, you’re the central cog of everything. You do the horse admin, the HR, the social media, the accounts, the customer service, you do everything.

Quite rightly these awards often go to the people working out in the yard in the wind and rain but it was nice to be recognised, as someone who works in the office, in that way too. It really made me feel special. It was a huge thing.

There has been a lot of attention on the yard because of the Godolphin Stud and Stable Staff Awards, National Racehorse Week and we also won the Lycetts Team Champion Award recently as well.

It’s been a brilliant year for us. Everyone is on a high and looking forward to running the horses. We’ve got a lovely team of horses and we think this could be our year.

What would you say to anybody considering nominating someone?

Do it. It doesn’t take long and it can really help people to feel valued and feel confident in their role. It can motivate them to continue to improve and it really helps morale in the yard too. We’ll definitely be nominating people again.