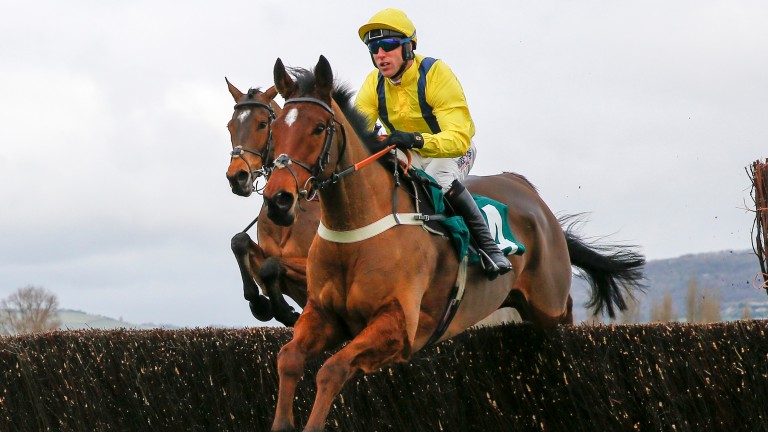 Is Seuil a cert?

Only once in the JLT's short history has the race been won by a British stable, but the home team's challenge this year looks formidable.

It includes Defi Du Seuil, the 2017 Triumph Hurdle winner who looked a star in the making, but failed to shine when Philip Hobbs' yard was under a cloud last season.

After a tame chase debut at Cheltenham in November, the smart six-year-old has clicked into gear, winning two of his last three starts and beating old rival Lostintranslation in the Grade 1 Scilly Isles Novices' Chase in February.

Hobbs said: "He's fine and I hope he's got a big chance."

Colin Tizzard has spoken glowingly of Lostintranslation, a course-and-distance winner in the Dipper who was outgunned by Defi Du Seuil's turn of foot in the five-runner Scilly Isles.

Tizzard, however, believes the testing ground and prospect of a more searching gallop will help his inmate, whom he thinks could develop into a Gold Cup horse.

"He's a lovely big chaser," said the trainer. "He's got very good form in the book and everything's gone right with him since his last run. This is a championship race but we're looking forward to a big run.

"He looks to me like he'll be a three-miler in time, so hopefully that will play into his hands."

Can Pauling bag another?

Ben Pauling doubled his festival tally of winners when Le Breuil struck in Tuesday's National Hunt Chase and is optimistic of snaring another prize with Kildisart, who won a course-and-distance handicap in style in January

Pauling intended running the seven-year-old in the Close Brothers, but the manner of that handicap success meant he was rated too high to get in.

There might, the trainer thinks, be more to come.

"I'm very sweet on him and he's in great form," he said. "He's been progressive all season and I think he's still improving. He's as fit as I've ever had him and fingers crossed he can run a big race.

"The ground will be absolutely fine."

Willie Mullins, trainer of Real Steel, Voix Du Reve and Pravalaguna
Real Steel was very good when winning at Thurles last time and the trip and the ground will suit. He arrives with a good chance. Voix Du Reve is going up in trip and we think that will suit him, while the slow ground will be a big plus for Pravalaguna, a mare who has won twice this season.

Kim Bailey, trainer of Vinndication
He's schooled well since we took him to Newbury for a gallop and provided he doesn't jump right-handed he must have a very good chance. I'm pretty confident he didn't appreciate the horrible ground at Newbury, and before that at Sandown. He'll be running on a fresh course on Thursday, which should be a big plus.

Charlie Longsdon, trainer of Castafiore
She's tough and deserves to be there. She's in extremely good form and will like the soft ground. She's a fine mare who gets the 7lb allowance and I think she'll run okay.

FIRST PUBLISHED 6:00PM, MAR 13 2019
He looks to me like he'll be a three-miler in time, so hopefully that will play into his hands

Rooster Booster: a moment of glory wanted by all but expected by none Finally! Excelcius produces excellent display to record only his second victory