Alastair Down on the incomparable Vincent O'Brien, born 100 years ago 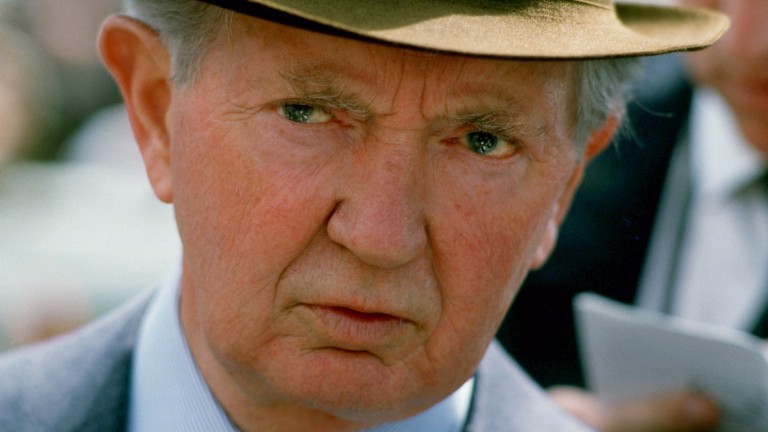 Vincent O'Brien: Burns enjoyed a long and successful relationship with the master trainer
1 of 1
6:00PM, APR 8 2017

Facts and figures always fall at the first when it comes to quantifying the genius of Vincent O'Brien, indisputably the greatest trainer in the history of the thoroughbred. O'Brien was born 100 years ago on Sunday and his son Charles has cast some extra shafts of light on to the Irish sporting immortal that was M V O'Brien.

1 O'Brien won three successive Grand Nationals with three different horses plus four Cheltenham Gold Cups in the space of eight years in the 1940s and 50s. One of his National winners, Quare Times, was not put into training until the age of five and did not win a race of any description until, aged eight in 1954, he took the four-miler at the festival. In 1955 he won the National. The virtue goes by the name of patience.

2 At Royal Ascot in 1975 O'Brien trained six winners over the four days plus one more on Saturday – then known as Heath day and not part of the royal meeting. His record for the week was seven winners from eight runners and all his horses were aged three and upwards. At the time there were just 13 older horses in training at Ballydoyle. 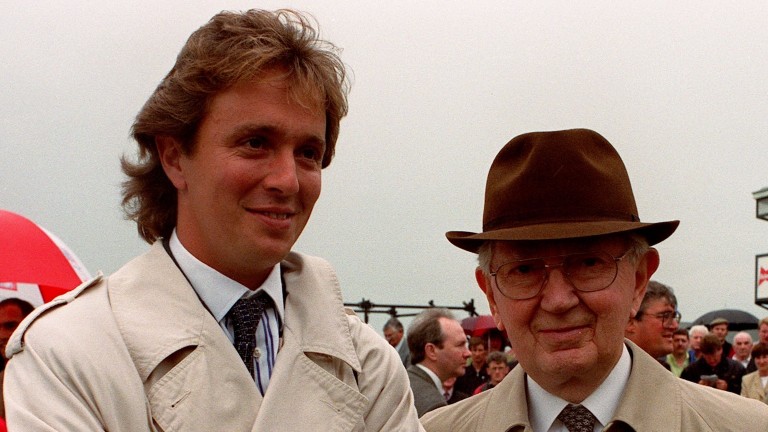 Vincent O'Brien with his son Charles on Irish Derby day in 1998
MSI Caroline Norris 50% NO PRIVA
3 When a horsebox left Ballydoyle to go to the races the driver was forbidden to go over ten miles per hour until reaching the town of Cashel around ten miles away. This was to help the horses acclimatise to different motion and was an example of O'Brien's attention to detail. On reaching the racecourse the horses were allowed to exceed the 10mph speed limit.

4 O'Brien was among the best orchestrators of successful gambles in racing history. During his jump racing prime of the 1950s he bet not for entertainment or excitement but for purposes of financial survival. Many of his ten Gloucestershire Hurdle winners (Supreme Novices' to us) were the subject of plunges that shifted tectonic plates. Every wager was meticulously recorded in immaculate copper-plate handwriting in his betting books, which remain heirlooms of the family whose fortunes he founded. 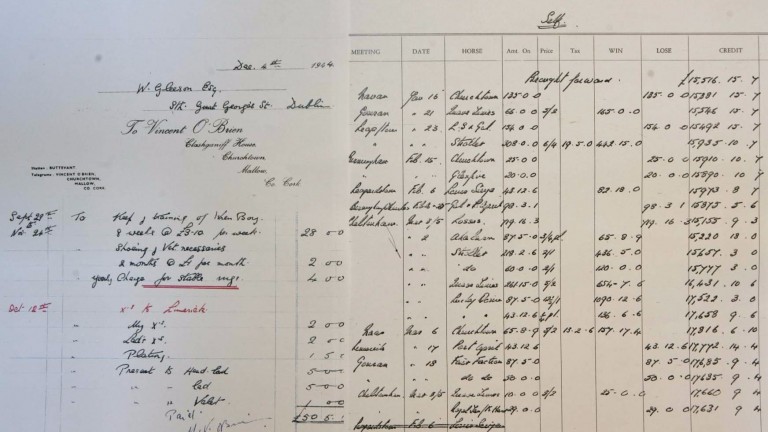 Part of Vincent O'Brien's meticulously recorded betting books
CAROLINE NORRIS
5 Vincent was not enamoured of Lester Piggott riding work at Ballydoyle as Lester would do too much on the horses in an effort to find out how good they were. Charles O'Brien says: "Essentially Lester riding out was a no-no but a couple of times in the spring he would come over and muck up a morning's work. And he would usually nick something – almost always my father's copy of The Sporting Life." 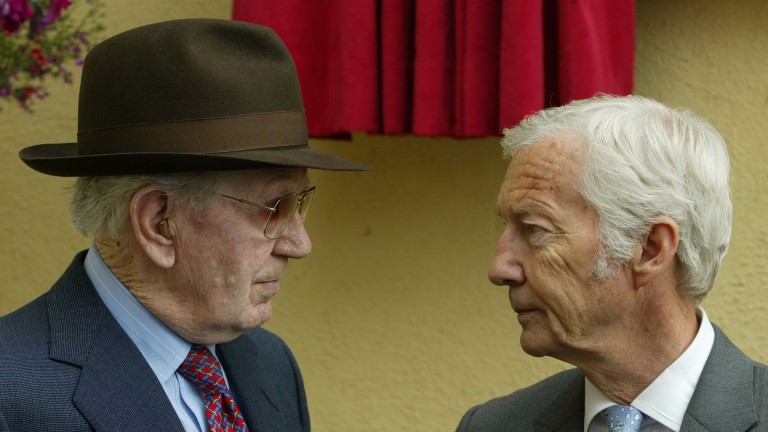 Vincent O'Brien with Lester Piggott, a trusted jockey in big races but not on the gallops
MSI Caroline Norris 50% NO PRIVA
6 He was the ultimate innovator with his importation of the Northern Dancer line changing Flat racing forever. He also invented the all-weather, being the first to strip the sod from the land taking off the grass and roots. Drainage, a barrier beneath and an ever more refined range of woodchip mixes followed at the turn of the 1970s.
In 1949, using an old air force plane, O'Brien was the first trainer to fly his horses over from Ireland. The three pioneer passengers all won: Cottage Rake in the Gold Cup, Hatton's Grace in the Champion and Castledermot in the National Hunt Chase under the great Lord Mildmay. 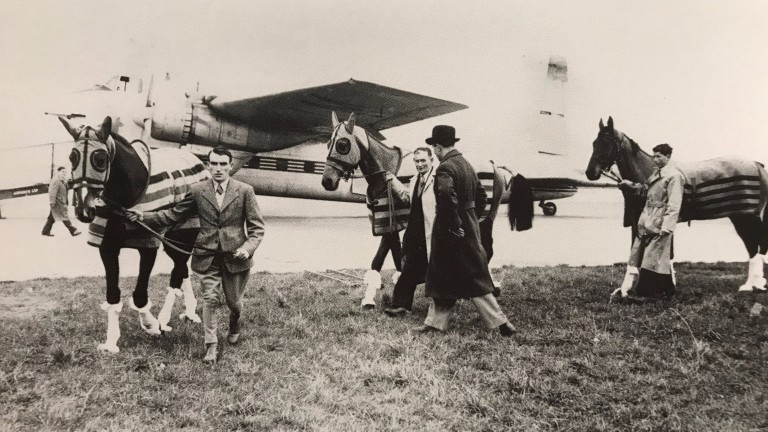 Cottage Rake, Castledermot and Hatton's Grace prepare to board at Shannon airport
7 A fine shot and a skilled fisherman who loved his rivers, O'Brien was a gifted and mad-keen hurler in his youth. In later years he played a lot of golf and did so left-handed – a legacy of his hurling days as the hurley should be held with dominant right hand at the top and the left hand below it.

8 A deeply religious man, O'Brien would end each day on his knees reading a passage from the Bible before getting into bed.

9 O'Brien was born on Good Friday, 1917, in Churchtown, County Cork, about five miles from the first recorded recorded steeplechase in 1752 between the churches of Buttevant and Doneraile. His staunch republicanism, tempered by great affection for the royal family, was born of childhood memories of hiding in terror from the hated Black and Tans in a roadside ditch on the way home from school.