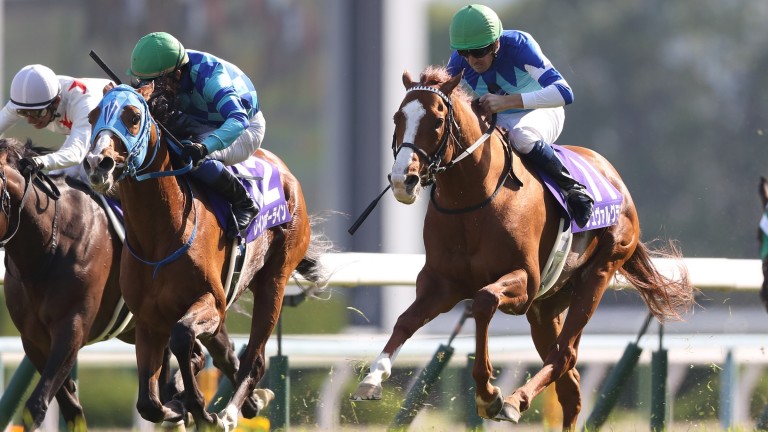 A son of Stay Gold who has run in the race three times without success, Rainbow Line had posted a string of respectable efforts at Graded level and his victory in the Hanshin Daishoten gave his camp hope for a big effort.

Held up early, the five-year-old, who shaped like a promising stayer when second in the Japanese St Leger in 2016, travelled into contention turning for home.

He briefly met trouble, but veteran rider Iwata was able to find a way through and the pair reeled in Cheval Grand, who went off favourite, with Clincher third.

However, any celebrations for Rainbow Line's team were cut short when he was pulled up and dismounted by Iwata, who said: "I'm worried about the horse. I just hope he'll be able to run in the next race."

He added: "While our rivals were making early moves in the backstretch my mount waited patiently, and I knew he had the late kick to reach the front before the wire."

"It's great that he was able to win the race but I'm concerned about his condition after the race," he added. "I hope to give him the best care as possible so that he can recover for his next race."

If you interested in this you should read:
Buick bounces back in style on Pakistan Star