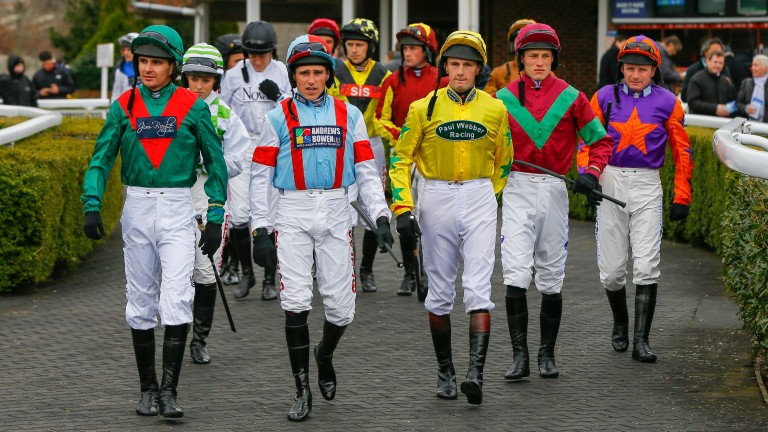 The Injured Jockeys Fund could be boosted by £50,000 thanks to the Betfair-backed National Jockey Day, which returns today seeking to swell the coffers of the invaluable charity.

Betfair will donate £1 for every Twitter posting of the hashtag #NationalJockeyDay with funds then going to the IJF, once again called into action following the terrible Kempton fall suffered by Freddy Tylicki, who has been left with life-changing injuries.

Betfair's Barry Orr said: “Recent events have brought into perspective the tough job jockeys face more than ever. We are pleased to be running National Jockey Day for the third year running and are aiming to raise awareness and to receive many donations through our social media campaign.

“Whether you work in the industry or you're simply a racing fan, we urge people to get involved and support the campaign by sharing #NationalJockeyDay via social media.”

Injured Jockeys Fund chief executive Lisa Hancock added: “We are really grateful to Betfair for their initiation of and support towards “National Jockey Day”. We try to do everything that we can to support jockeys not just whilst they are riding but into retirement also.”

To support the cause simply tweet #NationalJockeyDay and £1 will be donated to the fund by Betfair. Racing fans can also personally donate £5 by texting 'IJF' to 70800.