James Milton with a sideways glance at the 2014 gaming extravaganza 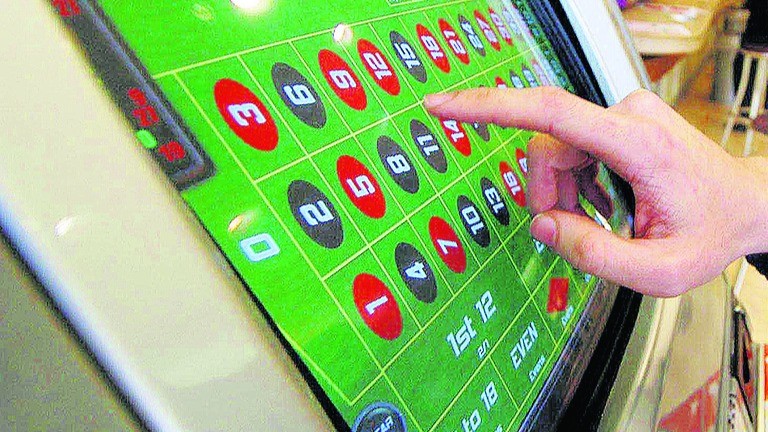 With the gaming industry's annual conference Ice starting on Tuesday, here's a reminder of when James Milton took in the unique atmosphere at the world's largest betting show in 2014.

It's half-past 11 on Tuesday morning and a woman dressed as Alice in Wonderland has just asked if I'd like to win a trip to Monaco. The strangest part of this offer is that it doesn't seem strange at all. I've stumbled through the looking-glass into the magical and surreal kingdom of Ice 2014, the world's largest betting and gaming show.

I resist the temptation to leer at Alice and ask: "Are you part of the prize, love?" - she's probably only heard that line 97 times this morning - and continue my trek around the vast halls of London's ExCeL. The Docklands venue - a firm favourite of any journalist whose computer has a sticky caps-lock key - is one of the few exhibition centres large enough to contain Ice.

More than 500 companies, from A Bet A Technology to Zeus Service Ltd, are exhibiting at ExCeL and the organisers, Clarion Events, estimate at least 20,000 people will visit during the three-day Totally Gaming extravaganza.

With hundreds of companies jostling for attention, it's hardly surprising that so many are employing glamorous marketing girls such as Alice to lure in passers-by.

Two models - one wearing a pleather devil's costume and the other in a PVC angel's outfit - are handing out lollipops near the entrance. There are girls dressed as Greek goddesses, cowboys and air hostesses with heels that would be utterly impractical for an emergency at 32,000 feet. Presumably Germaine Greer isn't in charge of the wardrobe department at Ice this year.

It would be wrong to give the impression the event is just a sprawling den of unreconstructed 1970s-style sexism (phwoar, look at that little minx with the blue wig and the diamante bra over there!).

There's also some self-deprecating humour about Ice's use of scantily clad young models to sex up a festival of betting technology. The walkway from Custom House station is decorated with Roy Lichtenstein-inspired posters, one of which features a sultry woman pouting beside the caption: "Dolores always had a soft spot for slightly middle-aged men in the online gaming sector."

And it's not just the girls who are in, er, sexy outfits - there's a man dressed as Henry VIII wandering around with a broad smile on his bearded face. Admittedly, it's not clear whether he's associated with one of the exhibiting companies or is a leftover from a previous event at ExCeL - TudorFest14, perhaps.

But enough about the distractions: Ice is primarily a place of business. In the central boulevard the air crackles with the sounds of brainstorming, networking and impromptu meetings about lottery opportunities in Macau or in-play football-betting software being developed in Austria.

The global scope of the show - and of the gaming industry - is astounding. Representatives from more than 100 countries are in attendance and an old-fashioned Master of Ceremonies wouldn't know where to start: "Anyone from Belize in the house this evening? A very warm welcome to you. What about Uzbekistan? Over there in the corner. And where are the guys from Alderney eGambling? Keep a close eye on them, ladies and gentlemen, that's where the party's at tonight."

There are seminars on the future of gaming in India - potentially a $60 billion market - as well as the digital currency Bitcoin and increased opportunities for launching businesses on Native American tribal lands. A headline on page five of Ice Daily, the event's free newspaper, declares that 2014 is "a big year for the Isle of Man". Don't say you weren't warned.

Ice week turns the ExCeL into a United Nations of Gambling. Spaniards, Italians, Indians, Chinese, Germans and South Africans mingle in the queue for coffee and one group is having a heated debate in Swedish, a language familiar to anyone who watches crime dramas on BBC4. From what I can gather, they're discussing an unsolved murder case in Gothenburg involving a senior civil servant, an eco-terrorist and an Abba tribute act.

More stereotypical betting-industry types are also on the warpath. A middle-aged American, seemingly under the impression that he's starring in Ocean's 11, yells: "We've only got 12 minutes. Let's move!" One of his British counterparts is bellowing down the phone in an Essex-geezer accent that doesn't entirely convince: "You guys have been trying to do a deal with them for six months and you still haven't done a deal with them." Muppets.

The majority of Ice attendees, however, seem more inspired by Silicon Valley than by Atlantic City or Romford dog track. Hip young geeks, who in another life, might have been working for Julian Assange in a Berlin commune, are tapping away at their laptops, creating vital new blackjack software or graphics for a virtual soccer match between Newcastle City and Birmingham Rangers. The main focus of the show is technical wizardry - the official catalogue promises that "a game-changing piece of genius" emerges from Ice each year - but it can be a little baffling for the layman.

'Even the Met Police have a starkly furnished stall'

Every other stand seems to be offering 'solutions' and most of these solutions apparently take place on 'platforms'. One company has a glass cabinet of electromagnetic high-speed counters tastefully laid out like engagement rings. My understanding of technology doesn't stretch to high-speed counters, whether they're electromagnetic or, um, the other kind. In fact, I'm still struggling to clip my name-badge to the lanyard I was given at reception.

Almost every stage of the online betting process is represented at Ice, from website and games designers to firms specialising in age-verification and payment systems. Among the services on offer from one IT company is Disaster Recovery, which strikes me as a good name for a tipping line. 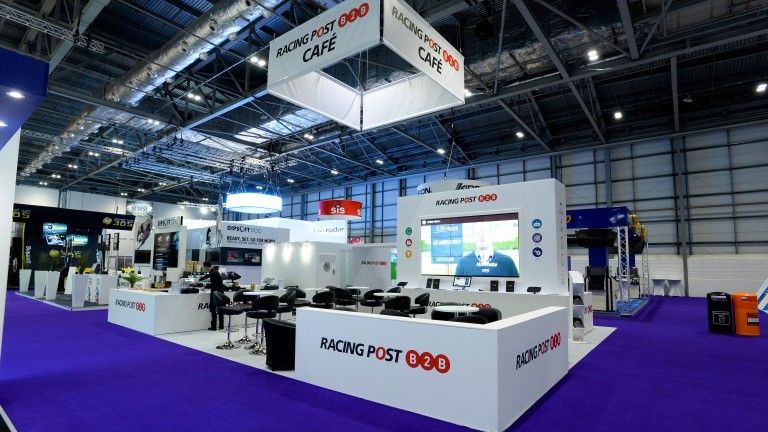 The Racing Post cafe at last year's Ice conference at ExCel
Even the Met Police have a starkly furnished stall in one corner of the North Hall. It's difficult to make online fraud glamorous so the Old Bill have sensibly refrained from using models dressed as sexy PIN numbers that have fallen into felonious hands.

I decide to leave the complexities of electronic business to what the Ice press office describes as "the gaming world's innovators and thought leaders". It's time to get back to the real world: casinos.

The largest village in the Ice kingdom is a blue-lit area which contains everything required to turn your garage into an extension of the Las Vegas Strip. One company declares itself "manufacturers of the world's finest roulette wheel" (because there's nothing more depressing than winning $12,000 on a roulette wheel that's all scuffed and rickety, is there?)

There are immaculate poker tables and shiny, flashing slot machines cooing their electronic siren calls. It's slightly unnerving to see these machines in their unblemished infancy, before they're covered in sandwich crumbs, upset drinks and the inevitable dents inflicted by frustrated gamblers. It's like looking at a photograph of George Bush snr as a rosy-cheeked baby.

A vast array of ergonomically designed chairs are also on show. These are, of course, the most important pieces of kit in any casino. They must be comfortable yet also sturdy enough to accommodate the ample backsides of vacationing visitors to Vegas on 18-hour slot-machine sessions. As you'd expect, the Racing Post Cafe (South Hall, Section 2, Stand 130) sets a high standard in this department, inviting guests to park their rear ends in chairs from Prestige Seating Technology.

Not that the attention-grabbing stunts at Ice allow visitors much time to sit around. In the main boulevard, for some inexplicable reason, there's a life-size animatronic model of a dinosaur roaring at people queuing for the noodle bar. Over at the Betradar stand there's a life-size animatronic model of Phil Taylor playing darts against a competition winner. Hang on, it's actually Phil Taylor! There are logo-covered sports cars and motorbikes while models hand out Viennese chocolates. Playtech have set up their wares in a refurbished double-decker London bus and are encouraging visitors to "experience the ultimate player journey".

A big screen reminds delegates about the upcoming World Regulatory Meeting, but I've already had too much excitement for one day.

Yet another marketing girl thrusts a flyer into my hand and asks menacingly: "You want to party?" Absolutely not. I want to lie down in a darkened room and let my vivid waking nightmares about towering Wizard of Oz-themed slot machines slowly dissipate.