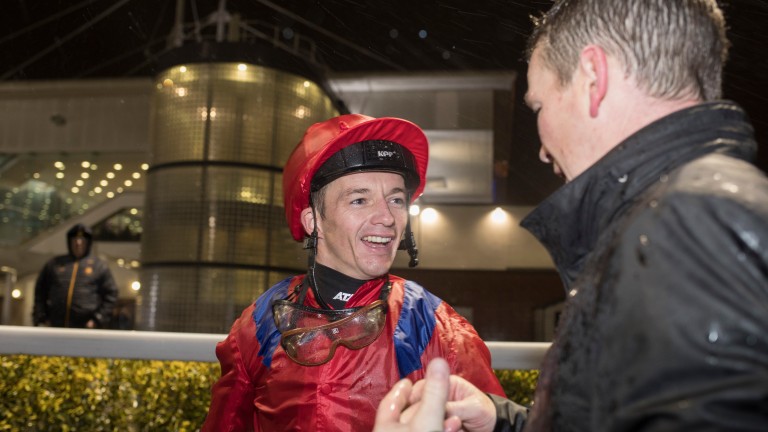 David Allan has been feted in India after becoming the most successful foreign rider in the country.

His latest Classic victory on Mauritania in the Bangalore 2,000 Guineas last month was his 23rd, which took him past the mark held by Sandy Barclay, former British champion apprentice and one-time stable jockey to Sir Noel Murless.

"I actually didn't know much about this record until it was coming up to the race and it was published on a racing website," said Allan, 35, who has won the Indian Derby three times.

"I had no idea how many Classic winners I'd ridden but every year I come I manage to win one or two. It takes a bit of doing to ride 23 and hopefully there's a bit more to come.

"I didn't know Sandy Barclay but they seem to have fond memories of him in India, so he was well liked. I think it might stand for a long time again because nobody seems to come to India as much."

India has been a popular winter destination for British jockeys for many years but the numbers have dipped since the establishment of the all-weather winter season and the rival draw of the UAE.

Allan is on his ninth winter in India and this year has been joined by Fergus Sweeney and David Probert, who rode the winner of the Indian Oaks recently, although they are based in different cities.

"Financially it's good for me and I've not thought about not coming," continued Allan. "I've not really been tempted by spending the winter at home on the all-weather and after getting offered jobs here I've taken them. I much prefer riding on grass than sand.

"I wouldn't say I ride that many winners because I don't race that much. I'd say I ride 30 winners each winter and probably only have about 50 or 60 races. I go mid-November to mid-March.

"I'm doing a lot of travelling this year because I'm retained by an owner who has horses at every centre in India. Every racecourse is a plane journey away, but it's also providing more winners so I can't complain."

In Britain, where he is Tim Easterby's first jockey and regular partner of tough sprinter Take Cover, Allan enjoyed one of his best campaigns last year, with 63 winners, including one at Royal Ascot, and more than £900,000 in prize-money.

He could be riding in a British Classic this year with high hopes for the unbeaten Wells Farhh Go, who beat James Garfield to win the Acomb Stakes on his last start. The colt is 33-1 for the Qipco 2,000 Guineas.

"Last year at home was my best season in prize-money terms and I rode a lot of nice winners and a lot of nice horses," said Allan.

"We're not sure what Wells Farhh Go could be. He could be anything. I'm really looking forward to partnering him again and see how much he's improved because we feel he could improve a lot as a three-year-old.

"I don't think there are any plans to retire Take Cover either in the form he's in. He managed to win three good races last year. I love riding him, he's an absolute freak."

FIRST PUBLISHED 3:54PM, FEB 6 2018
I had no idea how many Classic winners I had ridden but every year I come I manage to win one or two