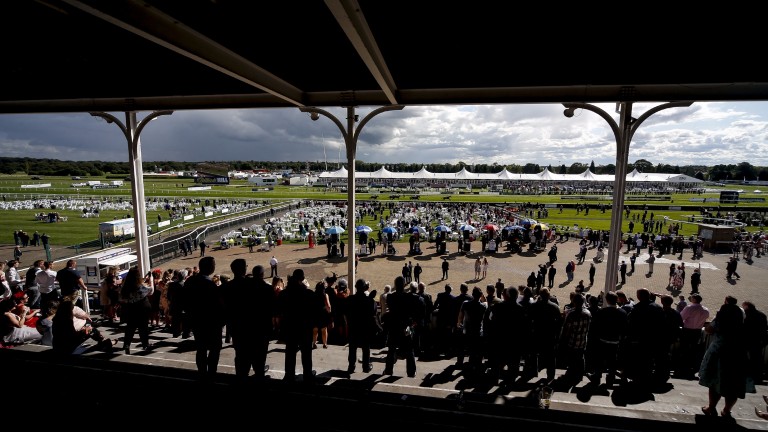 An opportunist went to extreme lengths to try to get a free vantage point from which to film the action as it happened at Doncaster last month by using a cherry-picker.

The platform, which was understood to have been hired for the occasion, was deliberately positioned in an area not believed to be racecourse land during the St Leger meeting.

The person was moved on by officials after it was established the location was temporarily designated to the racecourse.

It is not known for what purpose the filming was being used, but it could have been commercially valuable to overseas betting sites or those seeking to gain an edge in lucrative in-running markets over players betting at home watching delayed pictures on television.

It has led management at Doncaster to take additional measures to ensure there is no repeat during the two-day Racing Post Trophy meeting that starts on Friday.

A statement from the racecourse said: "The illegal filming and transmission of live racing is a constant challenge for the racing industry and our media partners. During the St Leger festival a hoist was used for this purpose and, working with the police, the individual was moved on.

"Subsequent to this the racecourse has agreed a license arrangement for the land in question with the council and this area will be barriered going forward, stopping vehicle access."

FIRST PUBLISHED 5:09PM, OCT 26 2017
The illegal filming and transmission of live racing is a constant challenge for the racing industry and our media partners