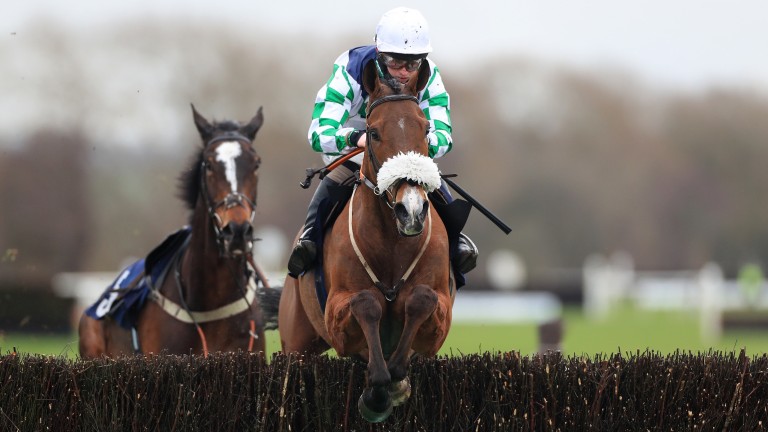 Exelerator Express recorded the unlikeliest of comeback wins in the 2m novice handicap chase after four of his five rivals failed to complete.

The seven-year-old touched 490 in-running on the Betfair exchange and was at the back of the field approaching the fifth-last after Bang On had been pulled up but then the complexion of the race changed.

Little Rory Mac fell at the fourth-last, while in front, and then Maid O'Malley came down at the next fence. Discko Des Plages, who was matched for £317 at 1.01, unseated his rider, leaving Exelerator Express to power clear of his remaining rival and win by 15 lengths.

"He hated the ground but he jumped well," said winning trainer Neil Mulholland. "We looked at the opportunities for him in the next few weeks and thought we'd take a chance here and it's worked out well. He's a lovely horse for his owners to look forward to in the spring."

Signing off in style

Midnight Tune took the 2m4f mares' chase on what trainer Anthony Honeyball anticipates will be her final start.

The ten-year-old, who has earned more than £85,000 in 25 starts, galloped and jumped well throughout to give Honeyball his second winner of the day, having struck in the previous race with Gustavian.

FIRST PUBLISHED 6:41PM, FEB 21 2021
We looked at the opportunities for him in the next few weeks and thought we'd take a chance here