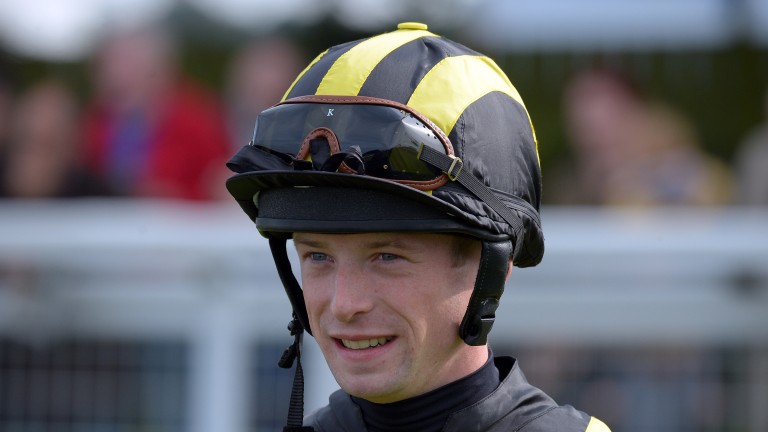 Jack Mitchell rode the first four-timer of his career at Salisbury on Saturday evening, at combined odds of 379-1.

The in-form jockey, who has ridden 12 winners in the last two weeks, won three of the first four races at the meeting on Charlie Hills-trained pair Rewaayat and Prado, and Tinker Toy for Roger Varian.

He brought up the four-timer in the 1m6f handicap on the Tom Clover-trained Monsieur Lambrays.

"Everything's coming together," Mitchell said on Racing TV. "I've got a wonderful agent in Steve Croft, who I've been with for three years, and Tom's horses are flying. I'm also very lucky to be riding for the bigger trainers and owners."

The 31-year-old is the son of former trainer and champion amateur rider Philip Mitchell, who was on course to watch the landmark moment.

Mitchell, who had his most prolific campaign last year with 89 winners, has gained five victories at Group 3 level, most recently on Kenzai Warrior in last season's Horris Hill Stakes.

FIRST PUBLISHED 8:00PM, JUL 11 2020
I'm very lucky to be riding for the bigger trainers and owners

'I enjoy it more now, I'd just like the prize-money to have changed since 1987!'