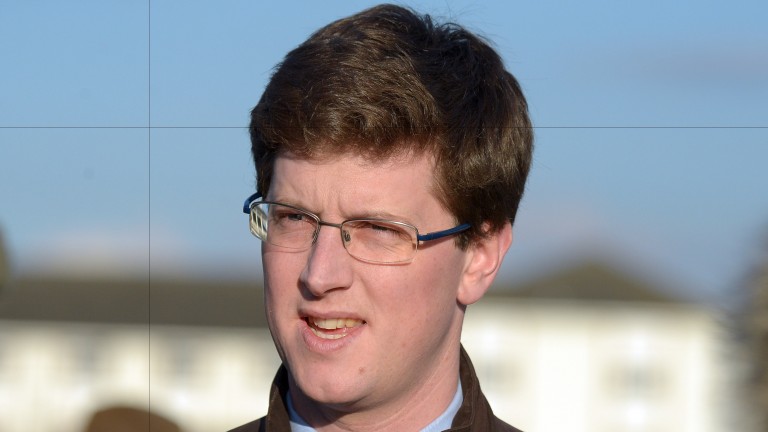 Last season Charmix gave the impression that chasing would be his game this term, but in two runs over fences so far he has failed to deliver.

However, he faces lesser rivals on this occasion – provided the course passes an 8am inspection on Wednesday – and his trainer Harry Fry has made a flying start to the new year with four winners on the board already.

Kerry Lee will be hoping that problem horse Kris Spin can leave all his issues behind as he has his first start since December 2015.

Lee, in her second season as a trainer since taking over the reins from her father Richard, has yet to have a winner at one of her more local courses since it reopened last autumn.

Venetia Williams has farmed races at the circuit over the years and former Nicky Henderson-inmate Nesterenko makes his debut for the trainer.

Williams is renowned for her shrewd purchases from other yards and the eight-year-old is worth a second glance for that angle alone.

Harry Fry, trainer of Charmix
Things have not gone quite as well as we had hoped over fences for him as he has taken a while to get his confidence. On what he achieved over hurdles, you would have thought he might well be good enough to win this race as it’s the easiest option he has had so far. We are hopeful he can put his experience to good use.

Caroline Bailey, trainer of Dig Deeper
It looks quite a competitive race and he is probably up against it taking on some of these rivals, but he is effectively a good jumper so hopefully that will stand him in good stead. He has been in great form at home since his last run and we are hopeful rather than anywhere near confident.

Kerry Lee, trainer of Kris Spin
He is a rather fragile horse as whatever can go wrong usually does with him – he’s just been unlucky to have had all the problems going under the sun. Hence this will be his first trip to the racecourse for over a year. But he has been working well a home and we are looking forward to him finally running again.

Venetia Williams, trainer of Nesterenko
We bought him at the Doncaster sales last May for £27,000 after he had won over hurdles and he is now owned by Vida Bingham, whose colours were famously carried to victory in the Grand National by Mon Mome. He has pleased in his schooling over fences at home but this looks a fairly competitive novices’ chase.