In-demand Codd hoping to get winning wish from Genie 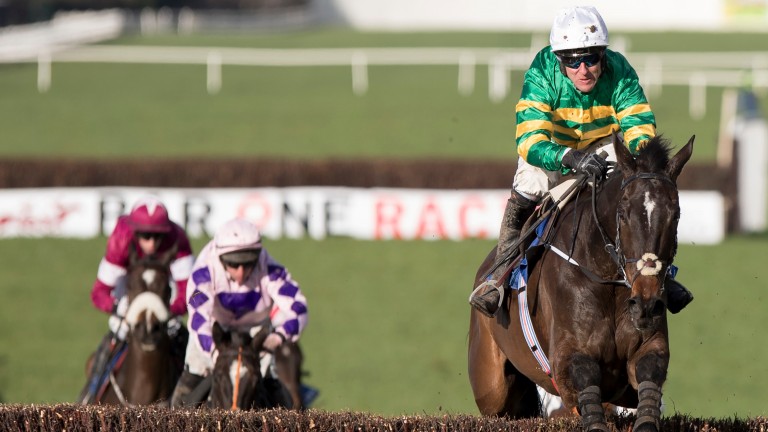 Jamie Codd must feel like Colin Farrell walking into a nightclub this week. Every trainer wants a piece of the leading amateur and the fact that he has opted to ride A Genie In Abottle in this race – named for the first time this year in honour of the late JT McNamara – speaks volumes.

Codd has five festival wins on his CV and it would be a huge surprise if he did not add number six this week, given that he has the plum ride on On The Fringe in the Foxhunter with Nina Carberry expecting her first baby. But he could have winners on the board before Friday and A Genie In Abottle looks the ideal type for this marathon having looked an assured jumper and a thorough stayer on all his starts over fences to date.

David Pipe has had numerous options for Champers On Ice, but he has chosen to uncork last year's Albert Bartlett third in this event and he has back-up too in the form of What A Moment.

Arpege D'Alene blotted his copybook with a disappointing display in the Reynoldstown at Ascot, but Paul Nicholls says not to read too much into that tame effort and feels he will be a rejuvenated character here. Who are we to argue with him when it comes to staying chasers.

Noel Meade, trainer of A Genie In Abottle
We were delighted with him on the track on Monday morning when he floated over the ground. The ground being on the slow side will help and while you can't be certain he'll get the trip, he does look like an out-and-out stayer.

Paul Nicholls, trainer of Arpege D'Alene
I think he's got a great chance. Cheltenham suits him, a big field suits him. I do know the extra mile will be right up his street because he stays forever.

Nigel Twiston-Davies, trainer of Ballycross and Calett Mad
Ballycross could be a little outclassed, but he jumps well and could improve and surprise us on this first run at four miles. Calett Mad is only five but is a lovely big horse who stays and jumps and does everything right. He was a bit stuck in the mud at Wetherby but that won't be an issue here.

Nicky Henderson, trainer of Beware The Bear
He's a very promising young chaser and has always looked to stay very well. I wouldn't read anything into the fact that he hasn't raced since December.

Rebecca Curtis, trainer of Bigbadjohn
The trip should suit as he's an out-and-out stayer. The only question mark is the track as he's never run there, but with the better ground he should be fine. Ascot's undulating, it's not as bad as Cheltenham, but hopefully he'll be fine and he'd like good ground. He'd be similar to Teaforthree, who we won this with a few years ago.

David Pipe, trainer of Champers On Ice and What A Moment
Champers On Ice gives the impression four miles will be perfect for him. If he gets into a nice rhythm then he has the form and the ability to run a decent race. If What A Moment is on his A-game he would be a lively outsider. His profile is a bit in and out, but he didn't like the ground at Hereford last time.

Joseph O'Brien, trainer of Edwulf
Robbie Power gave him a great ride when he won at Naas and the horse arrives here with his confidence high. We know he stays three miles but this will be a little bit of an unknown. The ground should be fine for him as well as it is always safe. Having Derek O'Connor on board is a huge plus.

Mags Mullins, trainer of Martello Tower
He is back to himself now. He had a little infection after his last run but he's A1 now and his bloods have been good. I'm very happy with him and I think he should run a nice race. We are putting blinkers on him for the first time and that should help him concentrate.

Gordon Elliott, trainer of Tiger Roll
He's in fantastic form and we're very happy with him. If the ground dries out then all the better. He's twice a winner over hurdles at the course and, while the trip is unknown territory, he should give Lisa [O'Neill] a good spin.

FIRST PUBLISHED 6:00PM, MAR 13 2017
We were delighted with him on the track on Monday morning when he floated over the ground