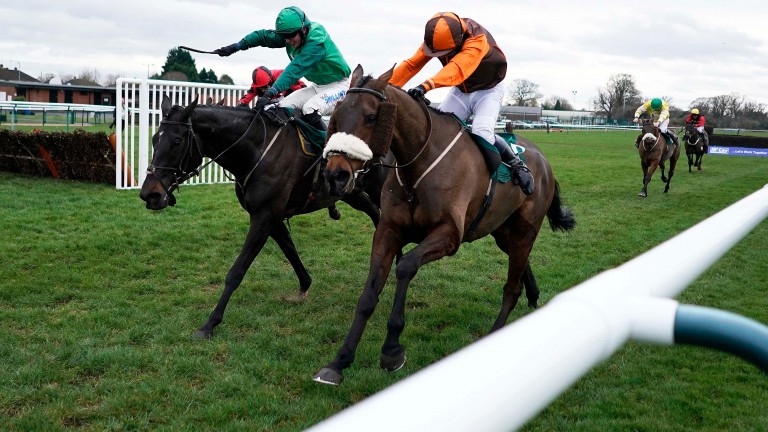 Impulsive Star did just as the race sponsors McCoy Contractors do when digging very deep to land a remarkable first win over fences in the Grade 3 Classic Chase.

Sam Waley Cohen had to drop to his lowest weight for several years to ride the Neil Mullholland-trained winner, who was cut into 12-1 (from 50) by Paddy Power for the National Hunt Chase at the Cheltenham Festival after outgunning Calett Mad.

The 3m5f handicap chase, which was won by subsequent Grand National winner One For Arthur in 2017, was not the slog in the mud that recent renewals have been yet there was no hiding place as last year's winner Milansbar cut out the early running.

In the end, his bid to be the first ever horse to win the race twice wilted on the second circuit, and it was left to Impulsive Star to grind out victory after leaping to the head of affairs five fences from home.

The winner was fourth in the National Hunt Chase a year ago and will head there again, but may take in the Sky Bet Chase at Doncaster en route.

It was a true family victory for the winning jockey, who was accompanied by his father Robert, wife Bella, children Scarlet and Max, as well as nephew Robbie on the winners' podium.

He said: "He's learned a lot, has given me a great ride and was really courageous.

"We don't know that much about him but he's obviously improving, although he's the coldest horse I've known on the schooling grounds – you have to throw him at a fence. I don't think he'll get in this year's Grand National, and it may be a year too soon anyhow."

Robert Waley-Cohen, also the winning part-owner, said: "The four-miler at Cheltenham has been the target all year and we'll stick to that. 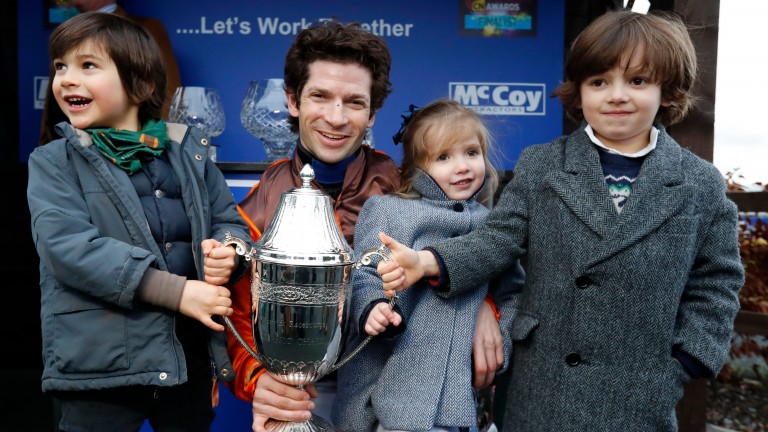 Sam Waley-Cohen with his children Max and Charlotte and nephew Robert (left) after winning the Classic Chase with Impulsive Star
Dan Abraham
"He had a tricky season last year, he looked like winning his novice easily until he slipped on landing. Sam has done great to get down to 9st 12lb – he didn't think he would yesterday, and it's made the difference."

He added: "There's nothing like watching that, it's the most terrific thrill. I tweeted last night Sam was unlikely to make 9st 12lb, and I was astonished this morning he made it. It was a big effort and he gave the horse a fabulous ride."

Winner trainer Mulholland added: "We were obviously up against it taking on Ok Corral at Plumpton last time but if we meet him again we won't be making the running like we did there. He may well run again before Cheltenham and has plenty of options."

Although the winner will likely miss Aintree, runner-up Calett Mad may well head to the Randox Health Grand National after his gallant effort.

Trainer Nigel Twiston Davies said: "He ran a great race and the plan is the National."

FIRST PUBLISHED 3:17PM, JAN 12 2019
There's nothing like watching that, it's the most terrific thrill