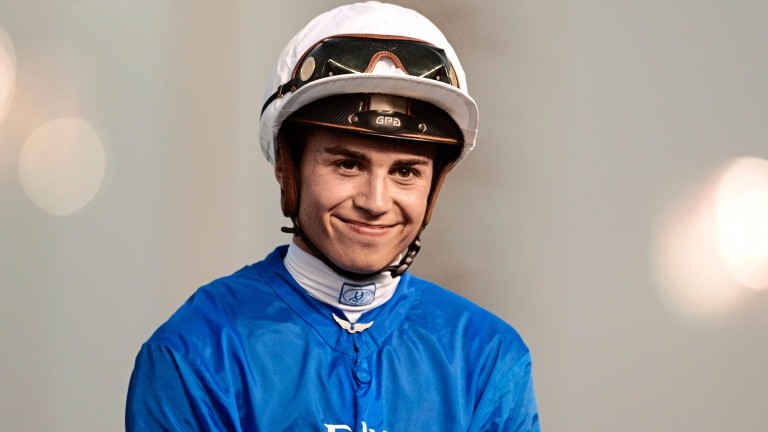 A marathon eight-race card at Meydan on Saturday was highlighted by victory in the mile turf by Mailshot and Mickael Barzalona in the colours of Sheikh Hamdan bin Mohammed Al Maktoum.

The winner is trained by Salem bin Ghadayer who lodged an appeal against a 12-month ban imposed after a winner he saddled at Jebel Ali in January, High On Life, was disqualified after testing positive for a prohibited substance.

Barzalona said: “He is only four and we think he's improving. We know he stays further so the fact they went quickly was definitely in our favour.”

Elsewhere on the card, reigning champion trainer Doug Watson continued to cement a successful defence of his title with a treble.

Pat Dobbs partnered two of Watson's winners, Dehbashi in a 1m2f dirt handicap and Sheeba, over the same course and distance, in the final race.

In between Jim Crowley had steered the trainer’s Moosir to record a third victory of the season in the mile dirt handicap.

Watson said: “We thought we had plenty of good chances on the card so we are just delighted to get three winners on what looked a very competitive card.”

Brett Doyle and Sheikh Ahmed are a pair to follow, with the jockey having twice finished as local champion when based at the owner’s Jebel Ali Stables.

Now back in the UAE, primarily as a work-rider for Charlie Appleby and Godolphin, Doyle rode a Sharjah winner for his old boss and trainer Gopi Selvaratnam, and he doubled up for connections on Call To War in the 6f dirt handicap.

FIRST PUBLISHED 6:04PM, MAR 3 2018
He is only four and we think he's improving. We know he stays further so the fact they went quickly was definitely in our favour