Improving Love bids to be the toast of Dundalk for O'Brien 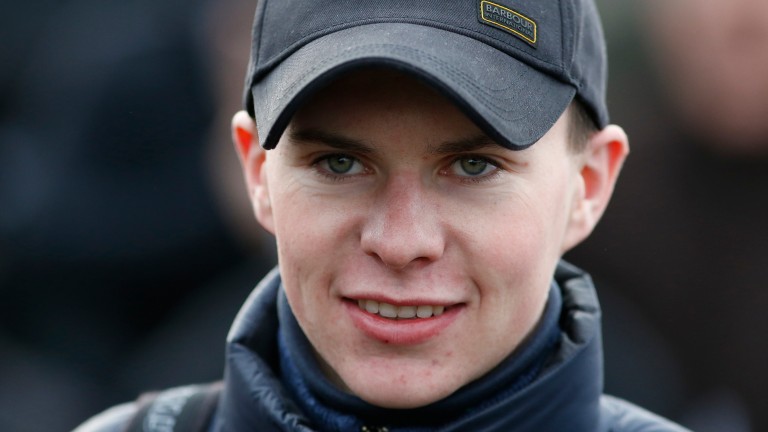 Joseph O'Brien: could have an Investec Derby contender on his hands in the shape of Ballysax winner Rekindling
Alan Crowhurst
1 of 1
By Brian Sheerin 7:42PM, JAN 6 2017

Joseph O’Brien has been a regular at Dundalk over the winter period and, more often than not, the young trainer has made the long journey back to Owning Hill in County Kilkenny with a winner.

Wayne Lordan won on his first ride for O'Brien aboard Song Of Love here last month, which was the rider’s 50th victory of 2016, and the hat-trick seeking son of Fastnet Rock will be bidding to confirm his superiority over stablemate Udogo, who was just under two lengths behind him last time.

The Gordon Elliott-trained Zanjabeel proved marginally inferior to Song Of Love when just a neck behind here two starts ago.

Zanjabeel was trying to give Song Of Love six lb on that occasion, not including winning rider Donnacha O'Brien's three lb claim, however, the Aussie Rules gelding receives five lb from Song Of Love with Elliott also opting to claim a further seven lb with apprentice Sean Davis taking the ride.

Since winning this race last year, Political Policy has run 16 times without victory. Gavin Cromwell's six-year-old returns off a 3lb higher mark than in 2016.

Joseph O’Brien, trainer of Song Of Love and Udogo
Song Of Love won his last two races and I would be thrilled if he could stretch it to three. Udogo was just under two lengths behind him here on their last run and they have been very well since. A strong pace would suit both of ours and they will run well again.

Ado McGuinness, trainer of Specific Gravity and Black Label
Both of ours are in top condition and we have good young claimers riding for us - it's hard to get the professional lads to do less than 9st after Christmas because they have all had too much turkey! In all seriousness, I've watched both Rossa [Ryan] and Danny [Sheehy] on the pony racing circuit and they are great young fellas. Specific Gravity might be the classier of the two and we will be dropping him in and hopefully he will see out the trip. I was disappointed with Black Label's latest run at Dundalk but he ran very well over hurdles at Leopardstown at Christmas and I expect him to run well.

Gordon Elliott, trainer of Zanjabeel
Our lad is in very good form and he has a nice weight on his back that should make him competitive in this.

Nigel Slevin, trainer of Mr Boss Man
He has a right good shout. He’s in off a low weight and ran well at Limerick over fences last time so we know he's in good form.

FIRST PUBLISHED 6:00PM, JAN 5 2017
It's hard to get the professional lads to do less than 9st after Christmas because they have all had too much turkey!