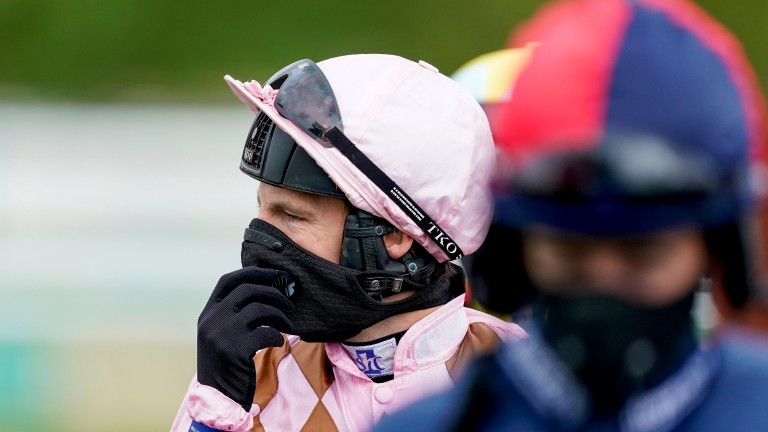 James Best: had a wonderful winner ahead of the birth of his second child
Alan Crowhurst (Getty Images)
1 of 1
By Matt Rennie UPDATED 8:44PM, JUL 12 2021

James Best is well prepared for the imminent birth of his second child but the jockey received an early surprise when the veteran Candyman Can picked up a first success over jumps in the 2m5f handicap chase.

The 11-year-old was a three-time winner on the Flat but had failed to score over jumps in 21 attempts previously.

However, on Monday, the 33-1 outsider held on for a brave victory by a neck.

"It's great when days like this come about, especially when you're not expecting it. The reason we get into this game is for the love of horses," Best told Sky Sports Racing.

"It's a funny old game, you never know what's going to happen. The horse didn't know what price he is or what rating he had. I'm really pleased how well he's toughed it out, he's not let me down.

He added: "My wife is due with our second child on Wednesday and I'm waiting for the call to come any minute."

Black Mischief ended a long wait without victory in the best possible fashion when storming to a wide-margin success in the feature 2m5½f handicap hurdle.

The nine-year-old had not got his head in front since landing a handicap hurdle at Haydock in November 2018, but he ended the barren spell with a 23-length win under Lorcan Murtagh.

The drama in the 2m1f handicap hurdle was not limited to the track as Phoenix Dawn was awarded the race in the Stewards' room following interference by the first-past-the-post Invincible Wish just before the line.