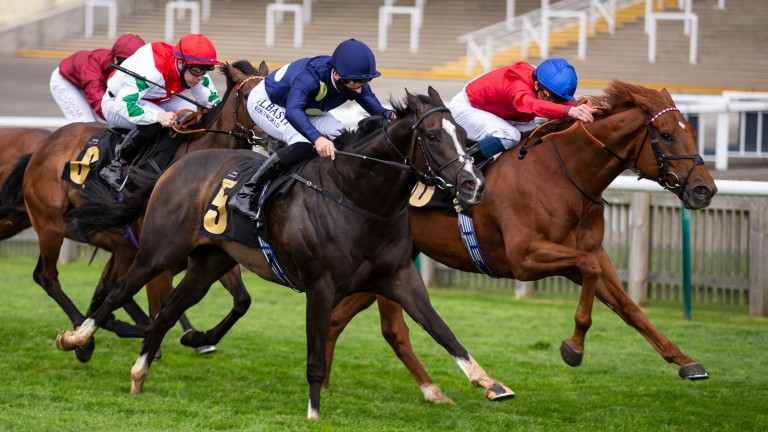 When Ametist justified odds-on favouritism in a Chepstow maiden last year, it did not look like he did anything out of the ordinary.

As it turns out, he beat subsequent three-time winner Lola Showgirl, who was last seen making all the running in the Kensington Palace Stakes at Royal Ascot.

Ametist has progressed nicely, too, albeit in baby steps. An emphatic novice success at Wetherby earlier this season was followed by a winning handicap debut on the Rowley Mile course, but only just.

A nose was all that separated him and 66-1 outsider Corvair, who finished 11th in the Buckingham Palace Stakes last week. Indeed, the third, fourth, fifth, sixth, eighth and tenth have all been beaten since. 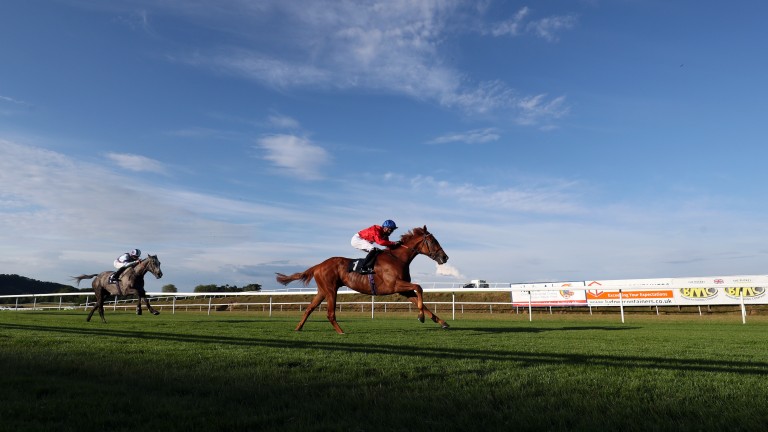 That said, Riot (fourth) stayed on strongly to take third in the aforementioned Buckingham Palace, so it would be unfair to judge the form too harshly.

Fox Champion could be Ametist's main danger given he has bundles of back class. He hasn't won for over two years but was third to Too Darn Hot in the Prix Jean Prat at Deauville as a three-year-old. Once rated as high as 110, he is running off just 95 here.

That was the same mark he competed off in the Victoria Cup at Ascot last month when only 16th, but he was third of nine in his group from stall two in a race that was dominated by high numbers.

The softer the ground the better for recent Goodwood scorer Dulas, while there remains a suspicion that Kimifive is better over 6f.
Race analysis by David Jennings

Joe Tuite, trainer of Kimifive
The rain came for him at the wrong time at Epsom and this drying ground should be better for him. He's due a win and goes there in good form.

Tom Marquand, rider of Ametist
Unfortunately he didn’t win by far enough at Newmarket last time to get into a race at Royal Ascot, but I’m sure he’ll be suited to the July course and I’m looking forward to riding him.

Richard Spencer, trainer of Keyser Soze
He won well at Ascot the time before last when we rode him handy, but it was a non-event when we went back there with him last time as he was drawn out on the wing. He's run well at the July course in the past and goes there with a decent shout. 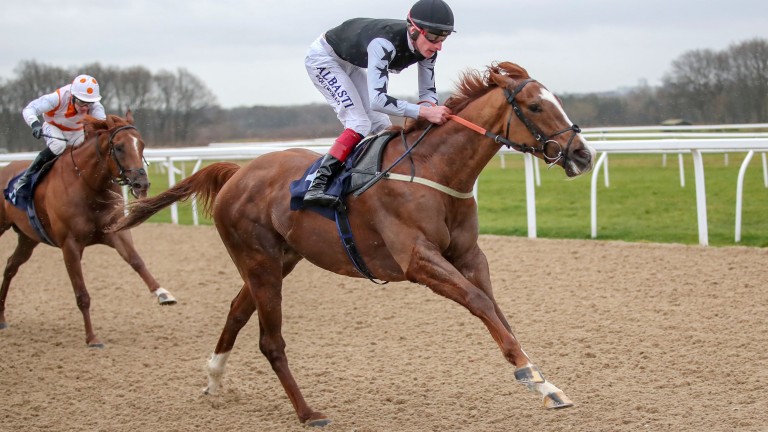 Jane Chapple-Hyam, trainer of Albadri
He slipped over in the paddock prior to the 2,000 Guineas and has taken his time to recover. He's fine now and we're sticking a hood on him for the first time.

Tom Tate, trainer of Equiano Springs
He shaped as if he wanted to go back up to seven furlongs last time and he’ll like the ground as it hates it wet.

David Elsworth, trainer of No Nonsense
We've had him gelded and he might need his first run back. The ground is drying out but he should go on it.
Reporting by David Milnes

FIRST PUBLISHED 6:00PM, JUN 23 2021
Unfortunately he didn’t win by far enough at Newmarket last time to get into a race at Royal Ascot