'I'm getting there' – comeback in sight for sidelined Fortune 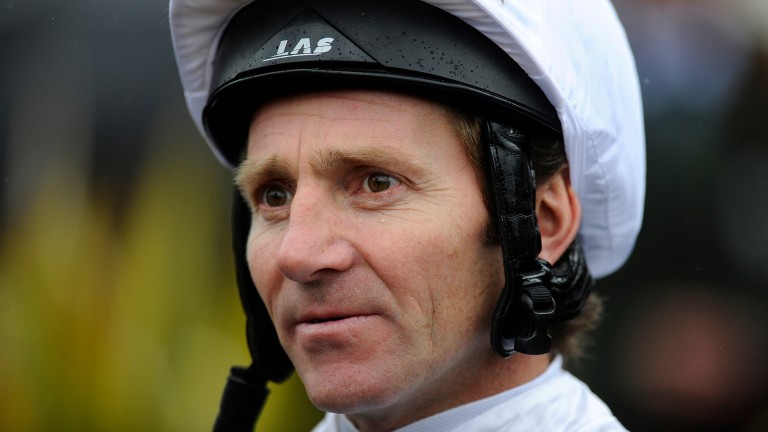 Jimmy Fortune, who has not ridden for a month due to issues with his back, has ruled out riding at Royal Ascot but hopes to return within the next two weeks.

Fortune's 15 royal meeting wins put him joint fifth on the list of most successful jockeys still riding but, having not been in action since the 19th of May after suffering spasms in his back, he said he could not expect to get rides at this year's fixture.

"I'm getting there and hoping to come back some time next week or maybe the following week," Fortune said on Sunday.

"I've had to draw a line through Royal Ascot. Even if I did come back I wouldn't get any rides. How could anyone put me up when I haven't ridden for three weeks?"

He added: "The back has improved enormously. I'm just making sure it's 100 per cent. I'll start riding out midweek and am pretty fit. I've been able to do a lot of work but not weight-bearing, obviously. I'm ready to go really."

FIRST PUBLISHED 4:00PM, JUN 18 2017
I'm getting there and hoping to come back some time next week or maybe the following week