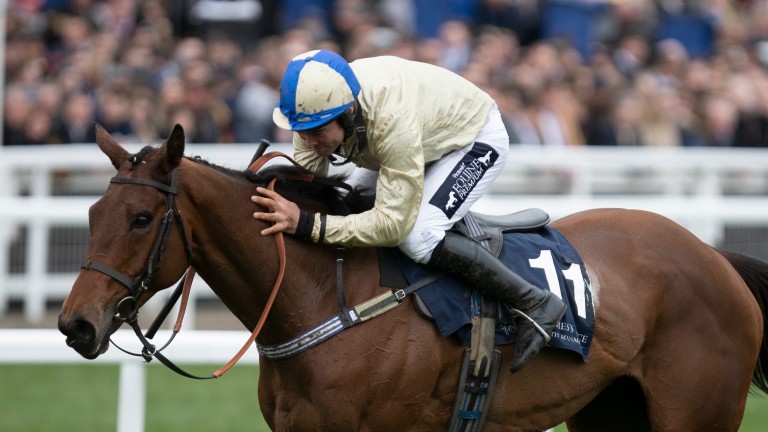 Hazel Hill is on course to defend his St James's Place Foxhunter crown at next month's Cheltenham Festival despite suffering a shock first defeat under rules to Minella Rocco at Wetherby on Saturday.

The prolific 12-year-old, winner of his previous five races under rules and 12 of his 17 point-to-point starts, was sent off at 1-4 but jumped alarmingly right throughout the 3m hunter chase, after which regular rider Alex Edwards expressed concerns something might be amiss.

However, trainer Philip Rowley reported Hazel Hill to be in good condition on Sunday, with all roads leading straight to the festival.

"He's absolutely fine and hasn't lost anything in defeat," said the trainer. "He wasn't 100 per cent and was beaten by a very good horse on his day. I'm not sure whether he pulled a muscle, but I'll make sure he's right for Cheltenham." 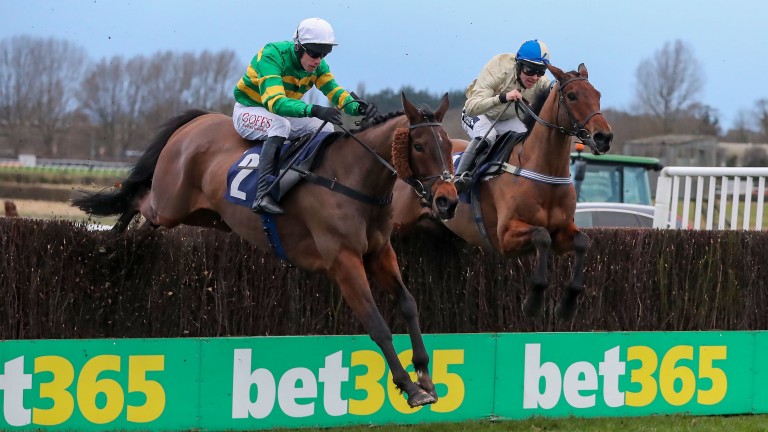 The Jonjo O'Neill-trained Minella Rocco joined Hazel Hill at the head of the Foxhunter betting with some firms around the 5-1 mark following the victory and Rowley is looking forward to the rematch.

"He went from the front and probably set it up for Minella Rocco, who has been a 166-rated horse and runner-up in the Gold Cup three years ago," said the trainer.

"He was giving him 4lb and was beaten a length and a half, so he hasn't run badly at all.

"He's been an amazing horse – I've certainly been very lucky to have him – and he'll be there to fly the flag at Cheltenham."

Hazel Hill will attempt to become the tenth horse to win the Foxhunter twice, with Salsify, On The Fringe and Pacha Du Polder all achieving the feat in the past eight years.

FIRST PUBLISHED 1:15PM, FEB 3 2020
He's been an amazing horse and he'll be there to fly the flag at Cheltenham