If you can't beat them, honour them – Exeter celebrates Gail 'Boycott' Harrison 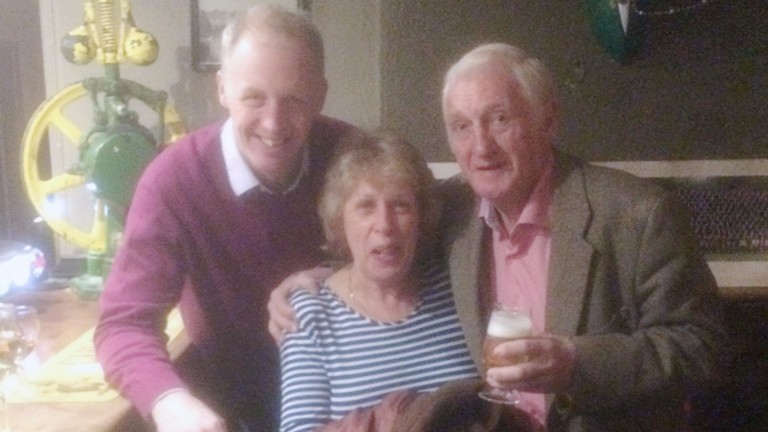 Even the most dogged of openers can find the odd delivery slipping through their defences – and that's what has happened at Exeter on Sunday.

Long-serving Pond House secretary Gail Harrison has acquired the nickname Boycott for the way she has padded up to journalists' inquiries, blocking their calls and protecting Martin and then David Pipe with a resolve that Yorkshire and England stalwart 'Boycs' would have been proud of.

But after 33 years in the job, she is being honoured with the 'Gail Harrison Lifetime In Racing' Handicap Hurdle and she admitted on Saturday: "I'm a bit nervous about the whole thing. it should be fun but it's been landed on me as a bit of a surprise."

That lifetime has its roots firmly in the West Country as Harrison's father was the veterinary officer at Newton Abbot and Exeter for many years, and her mother's sister trained point-to-pointers.

"I got the bug off her," said Harrison, who trained Trentishoe to win the John Corbett Hunter Chase at Stratford under Jimmy Frost before going with the horse to Fulke Walwyn's yard, while also doing secretarial work at Stan Mellor's stable.

She moved to Pipe in 1984, and recalled: "My father saw the advert in the Veterinary Record, I applied and I've been here ever since."

'You can't retire yet'

When she first arrived Harrison combined office duties with riding out, and she reflected: "There's never a dull moment and there are two other very good people in the office, James Smith and Gemma Edwards.

"When Martin retired and David took over I said, 'I think it's about time I thought about retiring', but David said, 'You can't retire yet', and I've been here ever since. But age will catch up with me eventually."

What that age actually amounts to is something that Harrison protects with the determination of Boycott in his pomp – that 'none-shall-pass' attitude is hard to shake off!

"It's something I've learned from the older boss, from Martin," she says. "I protected him from the press the best I could."

Look back on a sizzling year of racing in the new edition of the Racing Post Annual, which has 208 colour pages packed with the best stories and pictures of 2017. To buy click here or call 01933 304858

FIRST PUBLISHED 4:25PM, NOV 25 2017
When Martin retired and David took over I said 'I think it's about time I thought about retiring' but David said 'you can't retire yet'